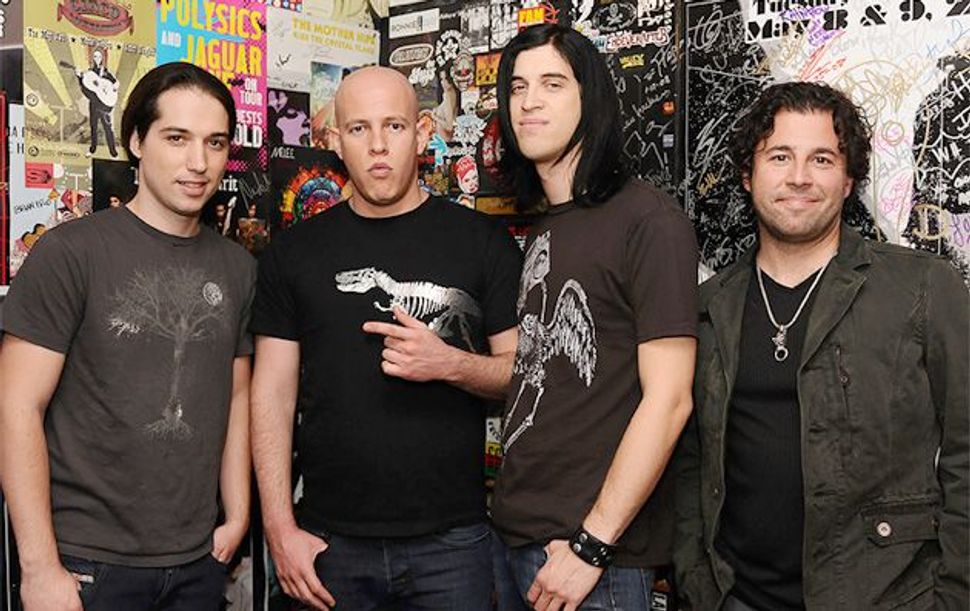 Enthusiasm is catching for Infected Mushroom, the Israeli trance band.

A month after their latest release, members of Haifa’s best-known musical export have made their debut appearance on the Billboard sales charts, surging 33 places to reach the No. 8 spot on the magazine’s Heatseeker Albums list. In rankings dated October 10, the group also rose to ninth place on Billboard’s Dance/Electronic Albums chart, behind 2009 pop breakthrough Lady Gaga, but ahead of a collection of dance remixes by R&B superstar Beyonce. Featuring collaborations with former Jane’s Addiction singer Perry Farrell and Korn chart-topper Jonathan Davis, the collection — titled “Legend of the Black Shawarma” — is the seventh album by Amit Duvdevani and Erez Eisen, Haifa-area natives based in Los Angeles.

Once described by DJ magazine as “Israeli bedroom producers” turned “globe-trotting dance-floor destroyers,” the duo released its first album in 1999 and has cultivated an international following with a sound inspired by the “psychedelic” outdoor dance venues of Goa, India. The few lyrics on the band’s new album are mostly in English — with a dash of Spanish thrown in. The collection also features an unlikely electronic remix of The Doors’ “Riders on the Storm.”

Previously featured in publications ranging from Rolling Stone and the Mumbai Mirror to Italian Vogue, Infected Mushroom is promoting “Legend of the Black Shawarma” in coming weeks at performances in Chicago, Las Vegas and Newport Beach, Calif.

In a psychedelic nod to the group’s Middle Eastern roots, the album’s cover art features elves, ogres and other fairy-tale creatures waiting in line for the titular food seen roasting on a traditional vertical spit beneath a giant tree.