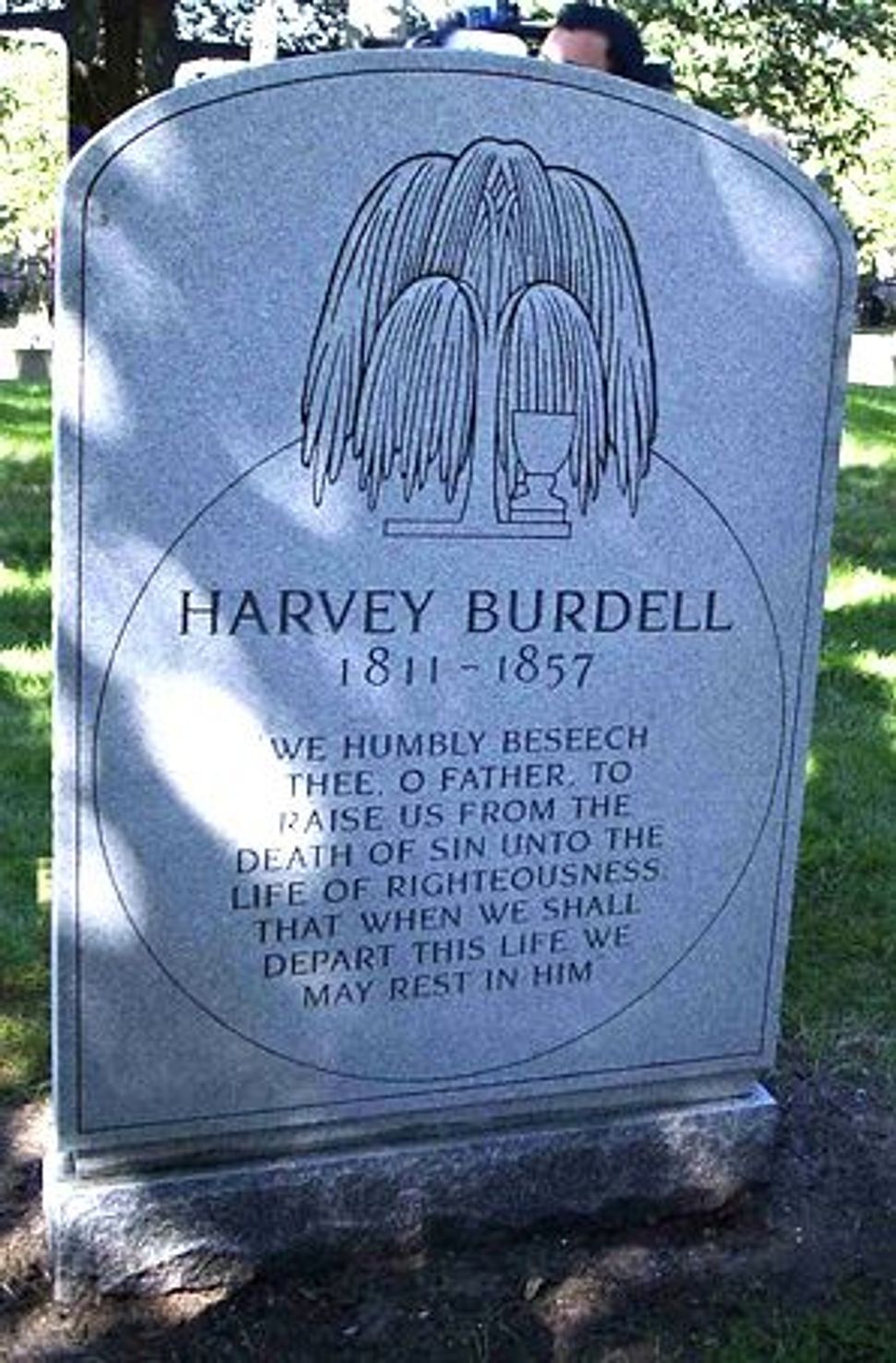 Before the O.J. Simpsons and Scott Petersons of the world made headlines with upper-crust killings, one New York murder mystery caused a media firestorm that eventually disappeared in the pages of history — until now, 150 years later. 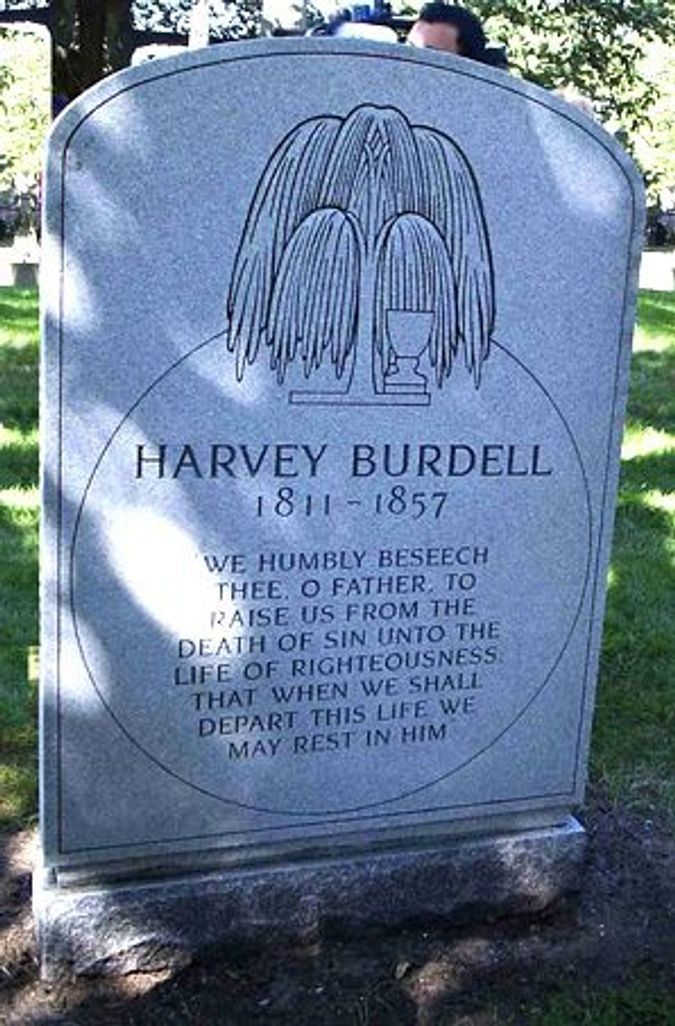 Their love affair turned sour when Burdell impregnated Cunningham and successfully forced her to have an abortion by his own hands. In 1857, Burdell was found strangled and stabbed 15 times, marking the beginning of Cunningham’s notorious trial. After her acquittal, she descended into obscurity. She died, unnoticed, 30 years later.

This week, at Brooklyn’s historic Green-Wood Cemetery, Feldman and Green-Wood historian Jeff Richman unveiled two monuments for the embattled souls at the sites of their previously unmarked graves. The Green-Wood Historic Fund and Feldman commissioned New York architect Hali Weiss to design the granite headstones. According to Feldman, the designs are reminiscent of gravestones of the 19th century, and they feature a font called Covenant, common during that time period.

Resting in the shade of tulips and pine trees, Burdell’s grave, which is marked with an image of a weeping willow, stands by itself, a testament to his forgotten memory. Just a few hundred yards away, Cunningham resides in the plot of her first husband, George.

“This murder was the first in an upper-class culture where men never paid a price and women had no legal recourse,” Feldman said. “It shook up the patriarchal society.”

He added, “Whether they were good or bad people, this is the right thing to do, especially on the eve of Yom Kippur.”