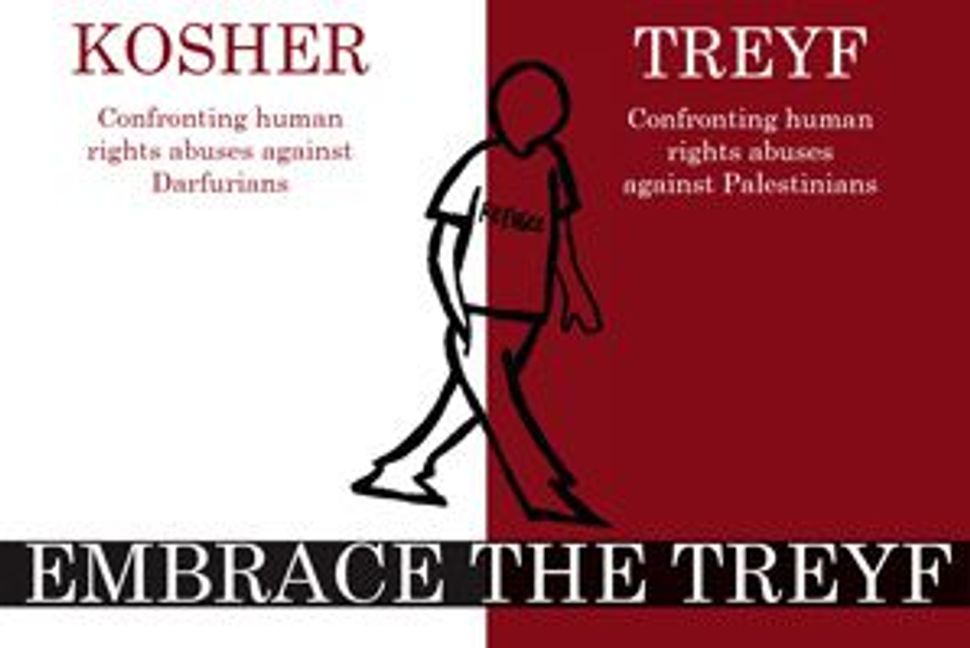 The activist collective Jewish Women Watching has made a name for itself by theatrically exposing what members see as the narrow-minded priorities of the mainstream American Jewish community. The organization is celebrating Sukkot by sending out hundreds of politically pointed postcards designed as sukkah decorations. 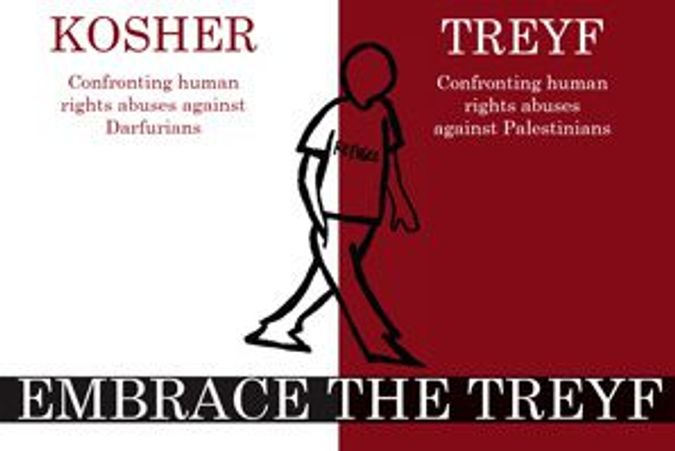 The postcards juxtapose issues that, according to JWW, the community has deemed kosher (“fighting antisemitism”), and those it has labeled treyf (“fighting racism, sexism, classism, and homophobia.”) The most provocative postcard contrasts the attitude toward “confronting human rights abuses against Darfurians” and “confronting human rights abuses against Palestinians.”

The aim of the postcards is not to discourage “kosher” social action but to encourage the “treyf” variety.

“The Jewish community is engaged in some really important social action work, and we want to make it clear that we appreciate that,” said a JWW member who goes by the nom de guerre Reb Beruriah (the group keeps its membership anonymous). “But we also want to make the point that the analysis is not complete. Why is the Jewish community focusing on some issues and not others?

Postcards were sent to a long list of both friends and political foes, including high-profile Jewish leaders

JWW has one more activity planned for the harvest holiday. Group members will appear at a Sukkot party hosted by the Jewish Community Center in Manhattan. Despite their anonymity, you’ll recognize them: They’ll be the ones wearing owl costumes. The rest is a surprise.