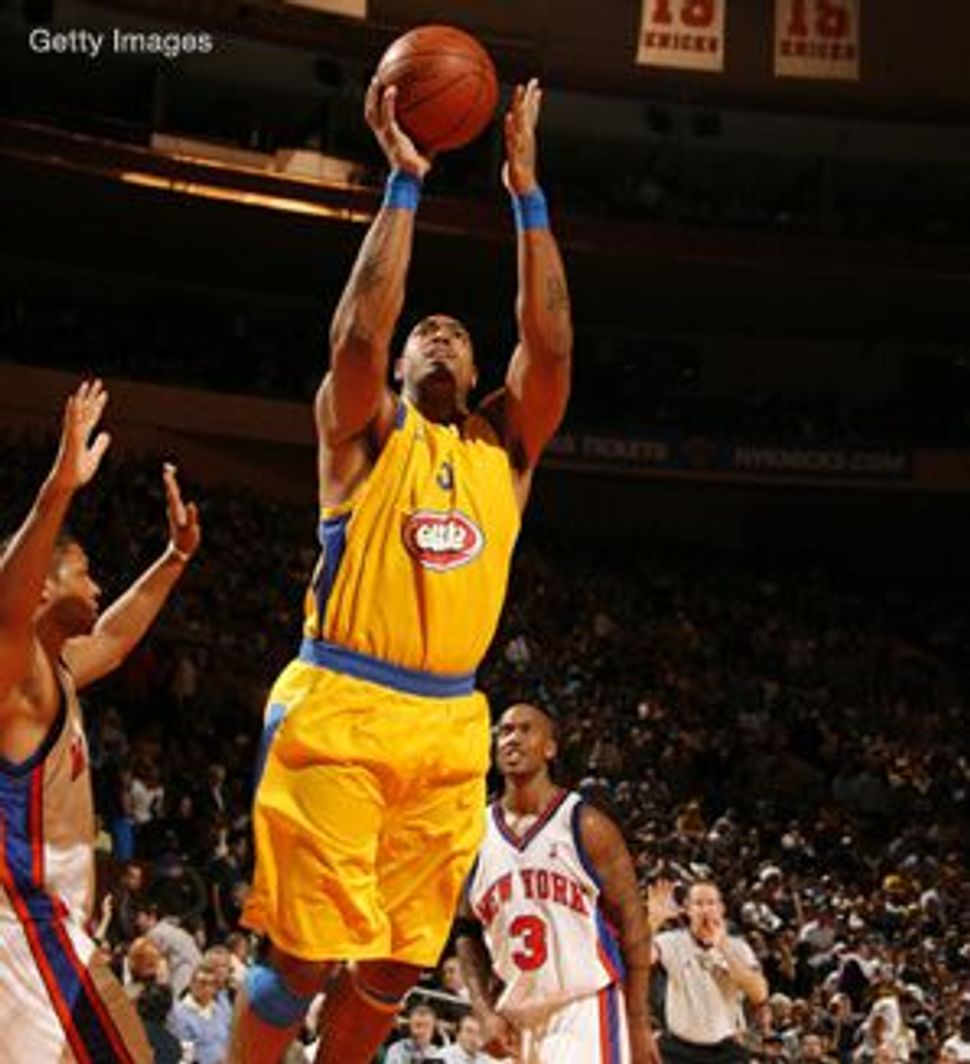 It is estimated that there are more than 80,000 Israelis living in New York City. Last Thursday, many of them were rocking the roof of Madison Square Garden as Maccabi Tel Aviv’s basketball squad faced off against the New York Knicks in what was undoubtedly the most raucous preseason exhibition game played at the Garden. 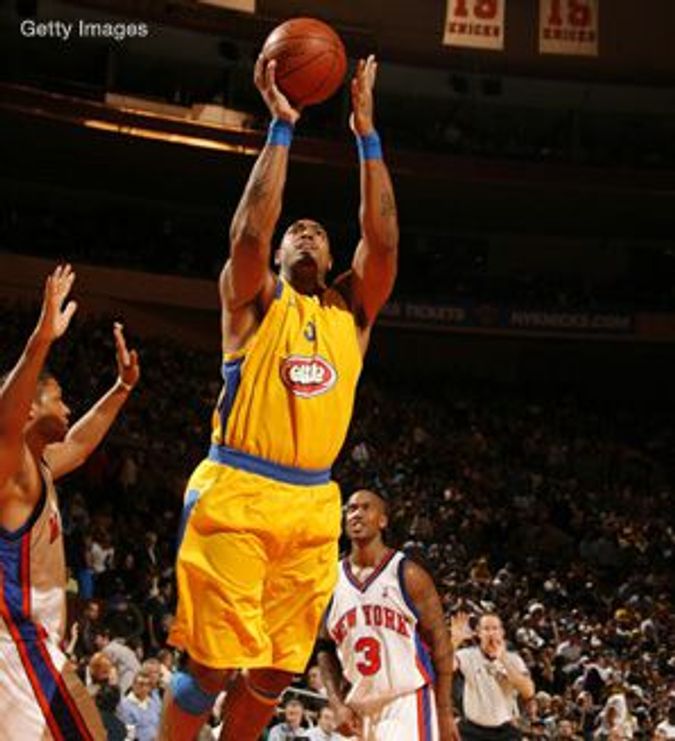 Although the game was played on the Knicks’ home court, the near-capacity crowd made it clear that Maccabi was the de facto home team. (Most preseason contests draw about 10% to 15% of Garden capacity.) From the opening bars of “Hatikvah,” performed before the game by Israeli-born cantor and Broadway star Dudu Fisher, to the final buzzer, every section rippled blue and white with waving Israeli flags, while homemade signs written in Hebrew were proudly displayed. Every Jewish youth group within 100 miles seemed to be represented.

Maccabi Tel Aviv’s basketball team has been the premier club in Israel since the Israeli Basketball League was founded in 1954. The team has won 47 Israeli Championships and five European basketball championships. The team is currently in rebuilding mode, with three of its former stars having jumped to the NBA last year.

Although the game’s final score wasn’t even close (the Knicks won, 112-85), New York got off to a slow start and Maccabi held the lead through most of the first half. Both squads were missing their starting centers due to injuries, so the play was fast and guard-oriented. The Knicks continued raising the tempo of play, eventually forcing the Maccabi players to rush their shots. Israeli guard Yotam Halperin only scored six points, while turning over the ball nine times. American-born forward David Blumenthal, who holds Israeli citizenship, missed 11 of 13 shots.

But Maccabi also had some shining moments. Former NBA guard Vonteego Cummings, who caused chuckles with his chutzpah when he guaranteed a victory in a Ha’aretz interview a few days before the game, seemed unstoppable at times, scoring 21 points. Former Chicago Bulls forward Marcus Fizer was the only force that Maccabi had under the basket, scoring 18 points while hauling in a dozen rebounds. Newly signed with the team, he described playing in Israel as “incredible,” though when asked how his Hebrew was coming along, he quipped, “I haven’t even started yet.”

This wasn’t the first time Maccabi Tel Aviv fielded a squad against an NBA team. In 1978, Maccabi upset that year’s NBA champion, the Washington Bullets, in an exhibition game, while two years ago the team beat the Toronto Raptors.

The game was a charity event, benefiting Migdal Ohr. The organization, which hosted and sponsored the game, provides education and support for underprivileged, abused and new immigrant children in Israel.