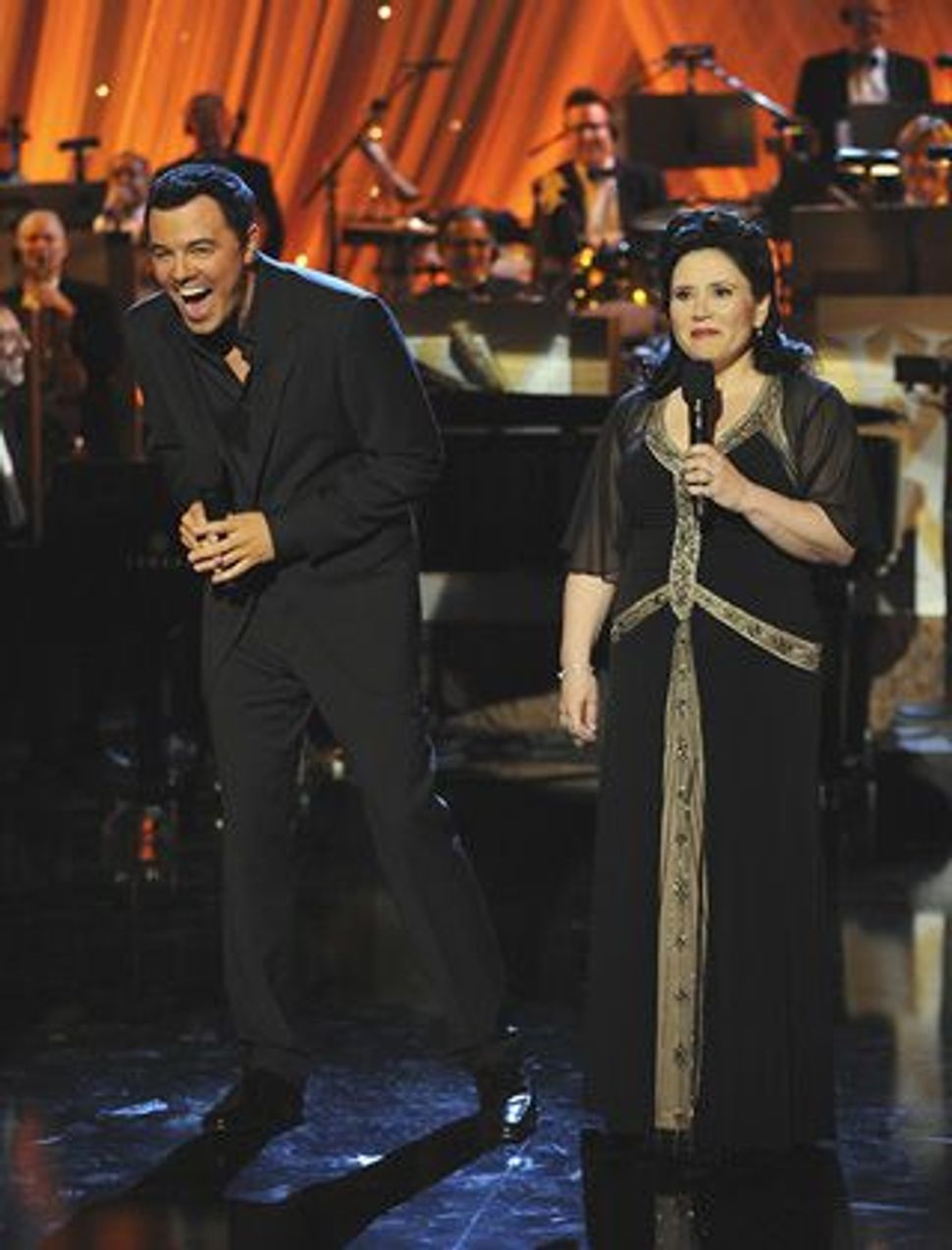 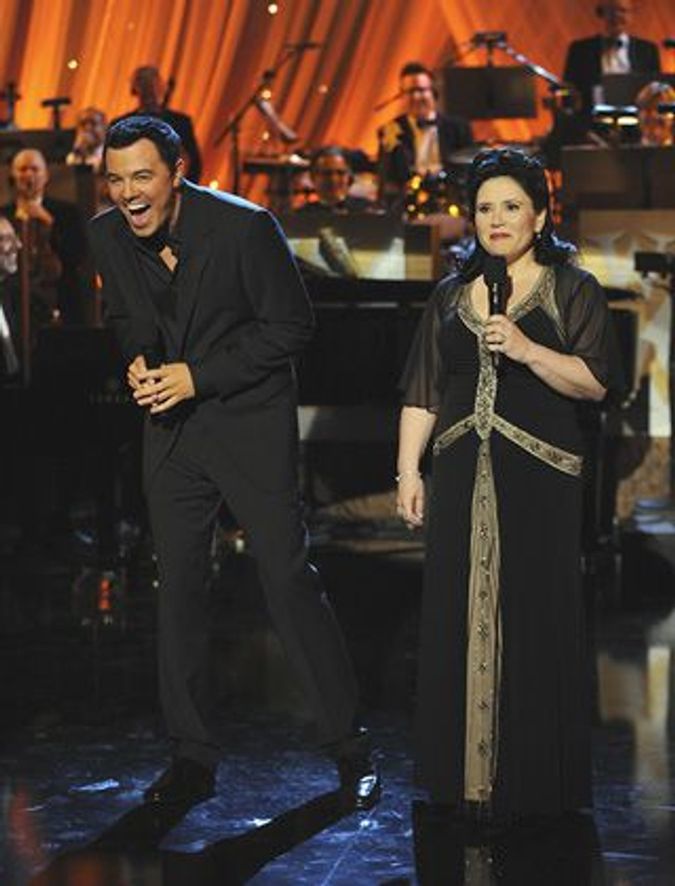 In the special, part of a Fox night of programming celebrating MacFarlane with multiple ?Family Guy? episodes, the screenwriter?s Jewish co-star, Alex Borstein, (who, like MacFarlane, voices a character on the animated series), protests his singing ?Edelweiss? from ?The Sound of Music,? a tribute to Austria. MacFarlane tells Borstein that the television show is not the place to bring out her ?Hebrew baggage.? Still arguing, Borstein reveals that her mother and grandmother ?barely escaped? the Nazis. In response, MacFarlane implies that if World War II were never to have occurred, Borstein would have more competition in Hollywood from Jewish female comedians. ?Right now, it?s just you and Sarah Silverman,? he says. Defeated, Borstein joins MacFarlane in song.

The variety show included a bit that mocks Jewish actress Marlee Matlin, who is deaf. When asked if she found the show?s controversial jokes offensive, Matlin told EW.com: ?Offensive. No. Sick, very. But that?s Seth and Alex. Humor comes in all forms and everyone has their cup of tea about what makes them laugh.?

Questions regarding MacFarlane?s humor about Jews have long circulated. In 2000, he penned a ?Family Guy? episode titled ?Once Upon a Weinstein.? The show?s Catholic protagonist, Peter, happens upon a Jewish man, and the encounter leads him to conclude that converting his dim-witted son, Chris, to Judaism will increase the boy?s intelligence. Father and son race off to Las Vegas for an instant bar mitzvah, prevented only by the family matriarch, Lois. Due to its controversial content, the episode did not air for several years.

In October, the Forward reported that Fox took flack for airing an episode titled ?Family Goy,? in which Lois discovers her mother is Jewish. The episode was laden with stereotypes.