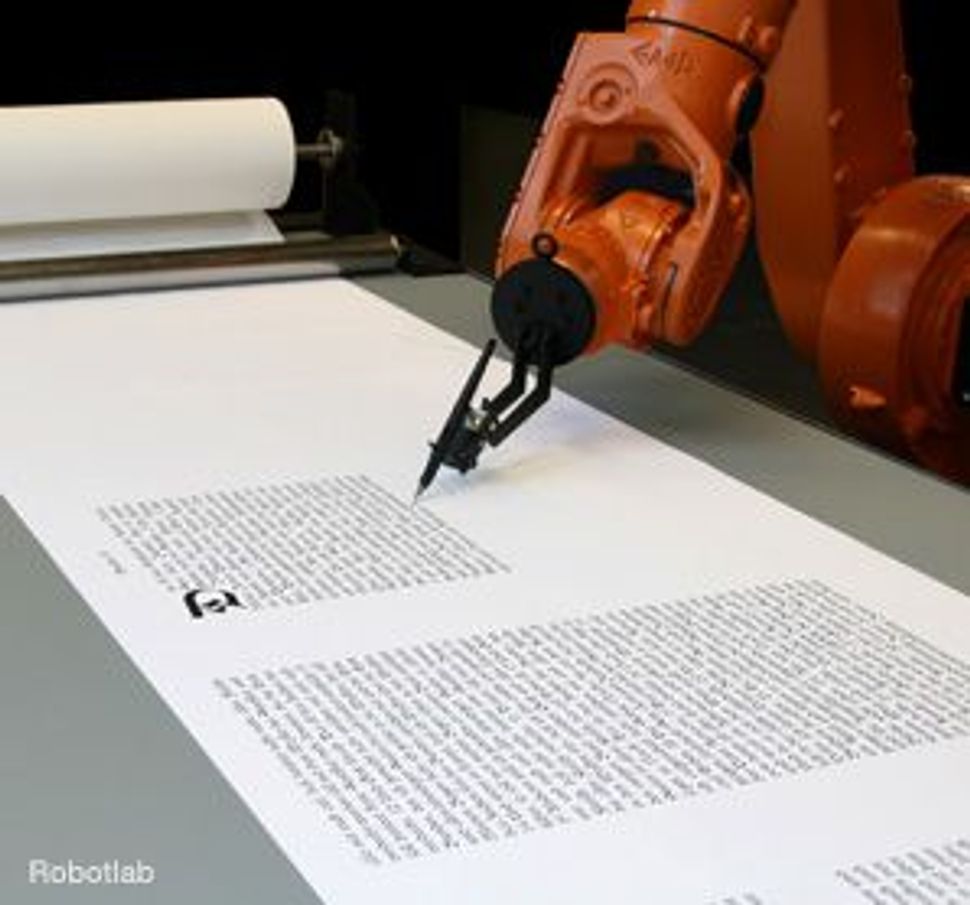 HI-TECH SOFER: A group of artists in Germany programmed a robot to write the entire Bible on a scroll.

Robots and computers have been eliminating human jobs at what some might consider an alarming rate, but the sacred work of Torah scribes seems like something only humans could do. 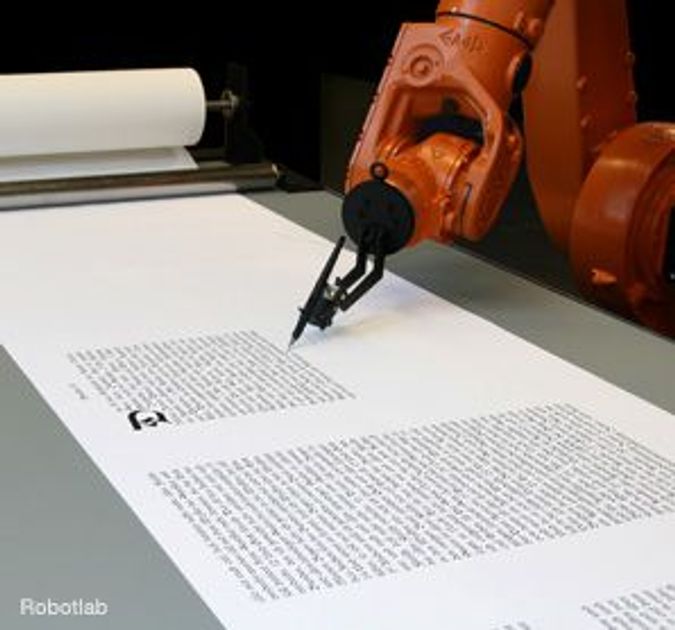 HI-TECH SOFER: A group of artists in Germany programmed a robot to write the entire Bible on a scroll.

A group in Germany, however, has created an industrial robot that has been programmed to write the entire Bible, including the New Testament, on a scroll, using calligraphic lines similar to a font common in the 15th century.

“Bios [Bible]” is an installation project by Robotlab, a group of artists that examines the relationship between humans and machines and envisions the roles that robots will play in the future. This recent work explores the ways in which technology and science intersect with faith and religion.

“The title ‘bios’ [and] the writing on rolls of paper are inspired by the Torah,” Robotlab artist Jan Zappe wrote in an e-mail to The Shmooze. “The project picks up the central theme of spiritual texts to focus on the culture of printing and writing.”