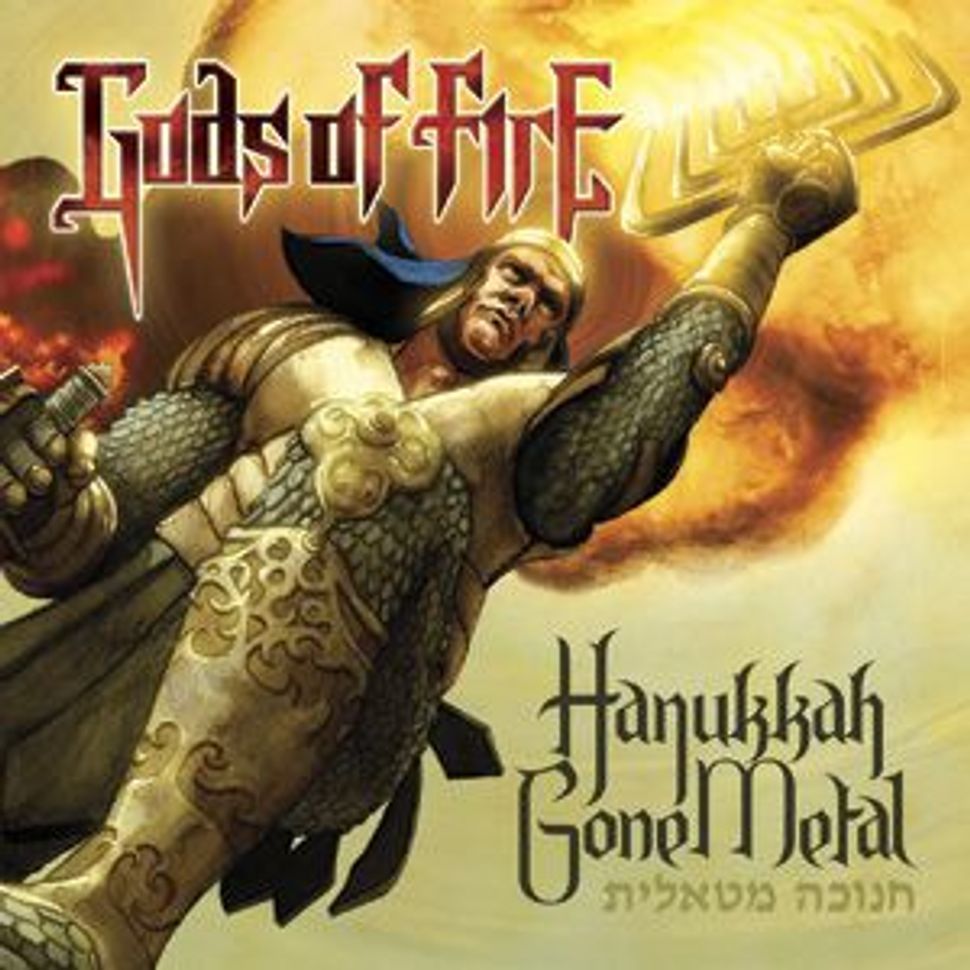 Hanukkah for most Jews is a time for latkes, family and friends, and maybe even a gift or two. But for the members of the heavy metal band Gods of Fire, it’s a time to rock your face off with some Hanukkah-themed metal ballads. 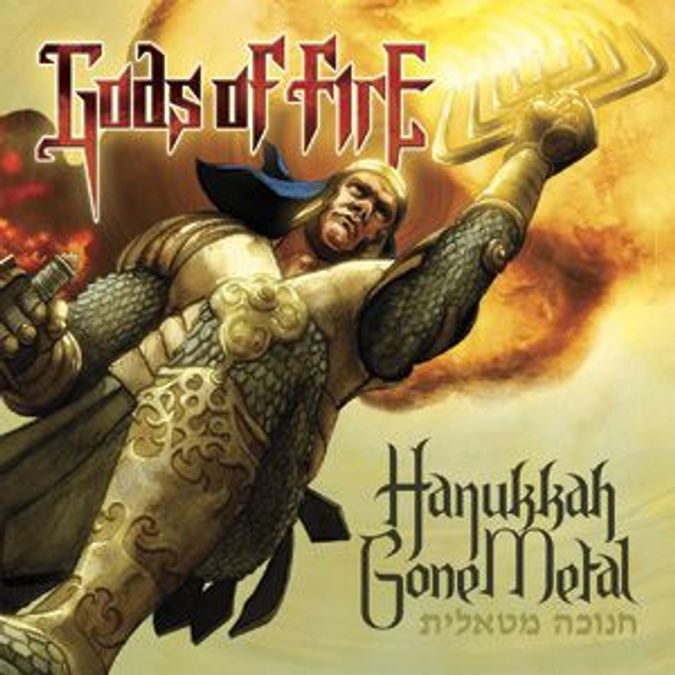 The band’s new album, “Hanukkah Gone Metal,” which debuted in mid-November, lines up eight songs for the eight nights of the holiday. The group combines metal rifts on two holiday favorites “Oh Hanukkah” and “Havenu Shalom Aleichem,” with six original songs, like “No Gelt, No Glory” and “Spin for the Blood of Our Elders,” each about a different part of the holiday, from dreidels to fighting dragons for latke oil.

The idea for the album was born of the band’s performance at a 2008 dreidel-spinning tournament, where the group performed a metal arrangement of “Hatikvah.” “The initial ideas flowed quickly…. Then the hard part started. How do you stay true to your Metal roots while writing about gelt or frying up latkes?” band member Seth Diamond wrote in a November 19 article on Jewcy.com. After some time and experimentation with different sounds and instruments, Diamond, who had never written a Jewish album, came to a realization: “The sounds of the synagogue were perfect for Heavy Metal.”