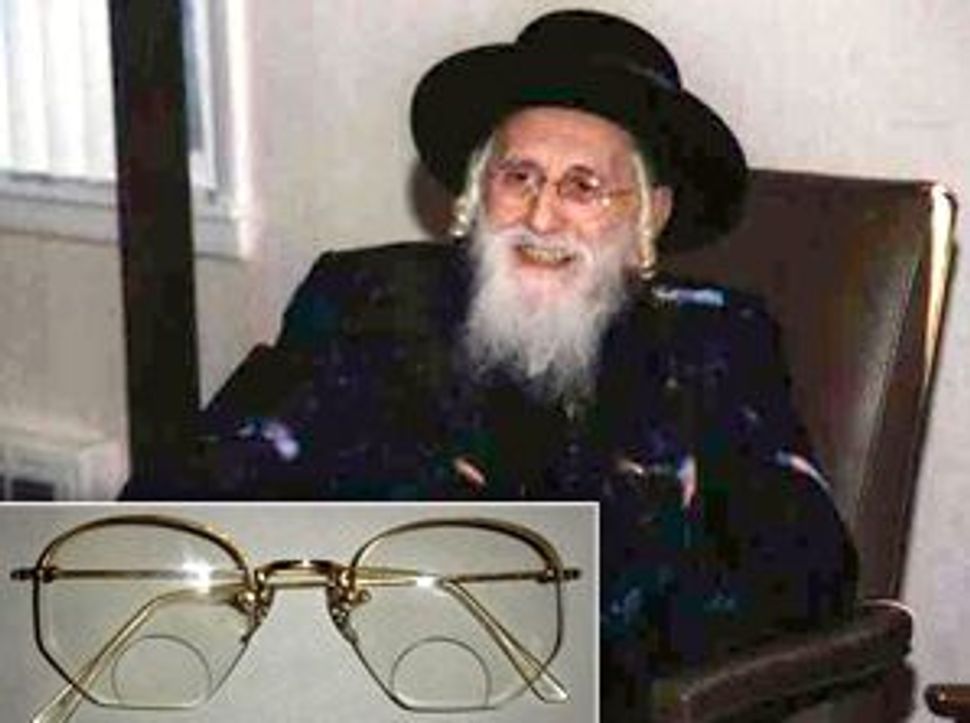 GOOD VISION: The late rabbi's glasses are for sale on eBay.

Among eBay’s unique postings are a human kidney and a jar that supposedly captured a breath from Pope John Paul II. Now, add a late rebbe’s eyeglasses. The starting price? A cool $350,000. 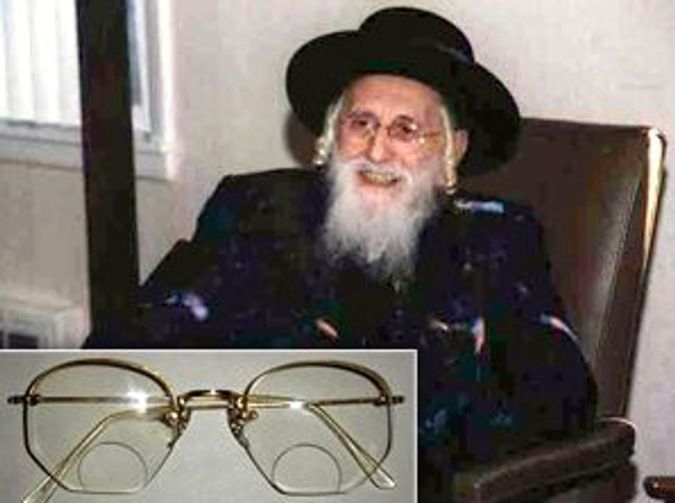 GOOD VISION: The late rabbi's glasses are for sale on eBay.

The specs are said to have belonged to Grand Rabbi Solomon Halberstam, who purportedly wore the glasses for two decades. They are now owned by the wife of the rabbi’s optometrist. She approached Daniel Givotovsky, a businessman who deals on eBay, to sell the glasses, and he placed the item on the Web site.

Halberstam reignited the Bobov Hasidic dynasty in America after much of his family perished in the Holocaust. He amassed tens of thousands of followers before his death in 2000.

At press time, no one had placed a bid, but Givotovsky seemed unconcerned. If no one takes the bait before the November 15 deadline, “we will put [the glasses] up again,” he told The Shmooze.