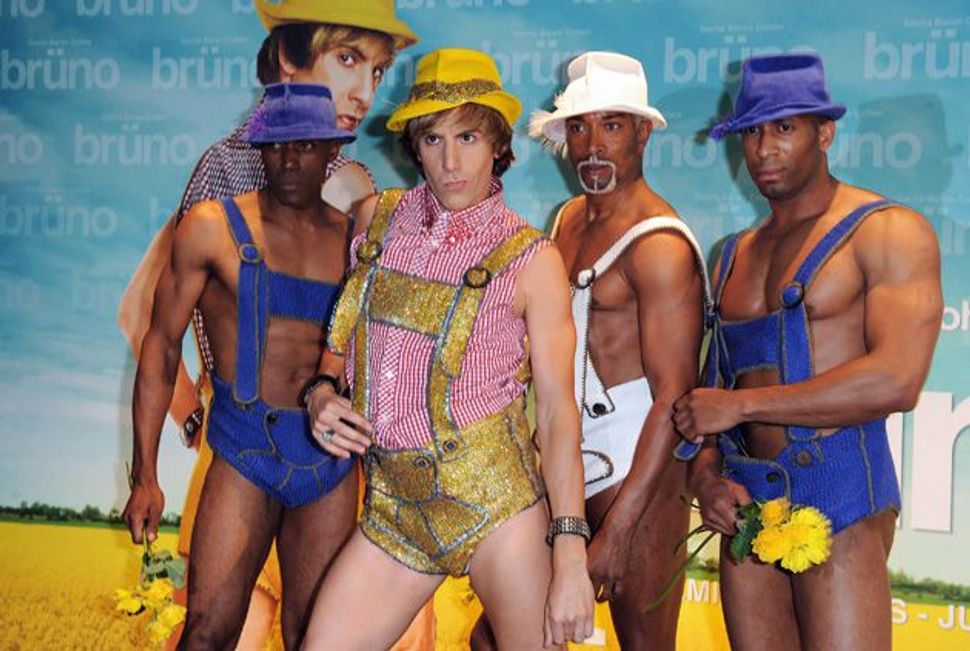 In the department of “legal actions highly unlikely to succeed,” an ex-member of the Palestinian Al-Aqsa Martyrs’ Brigade is suing Sacha Baron Cohen and Universal Pictures in U.S. Federal Court for $110 million, alleging libel and slander. Playing the flamingly gay Austrian celebra-whore title character in this summer’s movie “Bruno,” Baron Cohen mocked Ayman Abu Aita and referred to him as Al-Aqsa’s leader. Somehow, we think that Abu Aita is unlikely to find an American jury that will think this has ruined his life, as he alleges.

But a close viewing of “Bruno” shows that other groups might have a better reason to feel wounded. Baron Cohen’s remarkable ability to offend across the board could just as easily extend to these groups:

• National Autism Association, for a scene in which a guest on Bruno’s Vienna TV show “FunkyZeit” refers to autism as “funny.”

• The Rainforest Foundation, which protects the rights of Pygmies in Central Africa, for a gay sex montage during which, among many other acts, Bruno’s Pygmy flight attendant lover pours a glass of Champagne from a bottle stuck in his butt.

• The Immigrant Solidarity Network, for Bruno’s egregious use of “Mexican chair people” during an interview with Paula Abdul, and for serving a sushi buffet on the body of a naked Mexican.

• The Pro-Life Action League, for a scene where Bruno and a guest discuss whether or not Jamie-Lynn Spears should abort her “D-list white trash fetus.”

• The Campaign For Liberty, for propositioning their hero, Ron Paul, in a hotel room while calling him “cuter than Enrique Iglesias.”

• The NAACP, for implying that adopting a black baby can score you a lot of hot gay sex.

• The International Clarinet Association, for intimating that, though you should “remove the reed first,” clarinets are great sex toys.

• UFC Cage-Fighting Association, for underplaying the extreme homoeroticism inherent in the sport.