A Moustache to Kvell Over 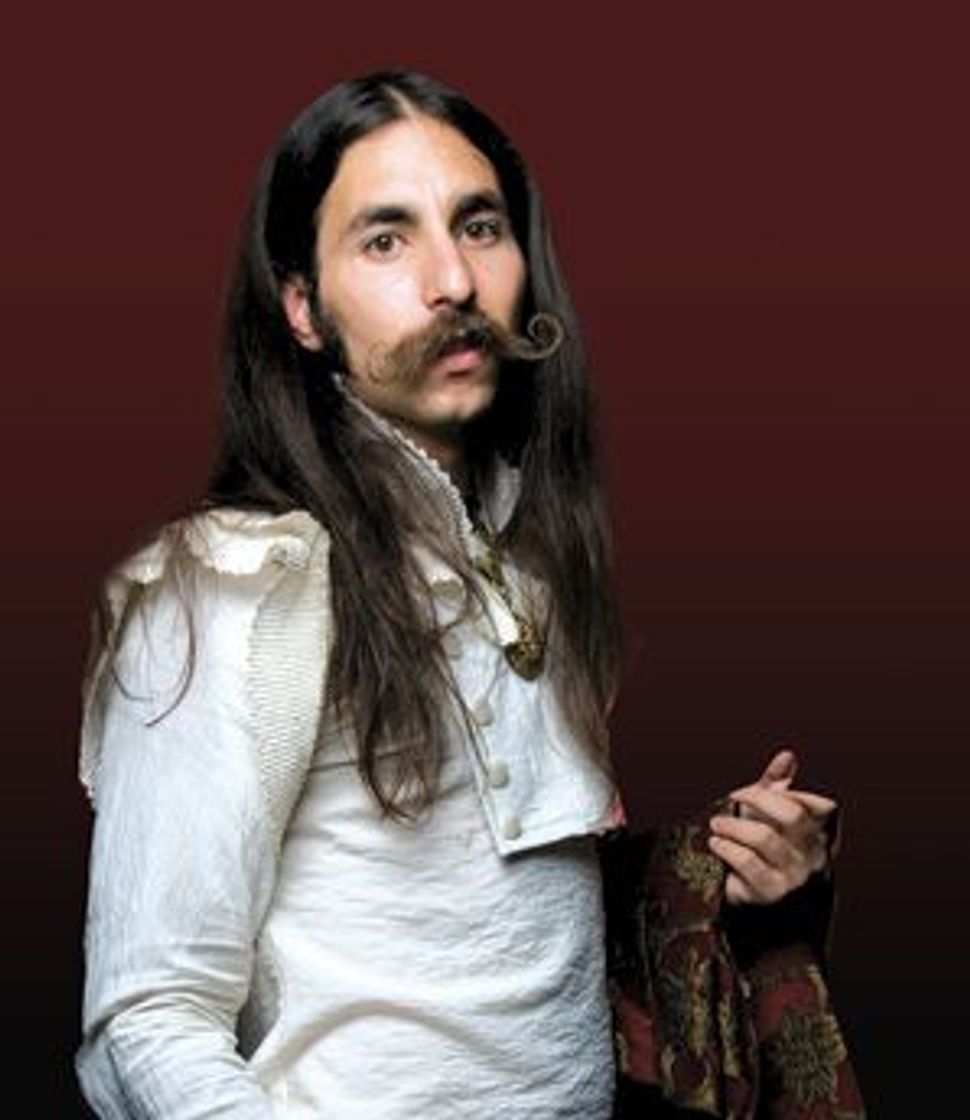 Using his Jewish manhood to go for the gold, Los Angeles musician, DJ and fashion designer Alexander Antebi was recently named the World Imperial Moustache Champion at the 2007 World Beard and Moustache Championships, held last month in Brighton, England. Taking the top prize in the imperial (also known as handlebar) category, Antebi beat out competitors from all over the world to become the first Jewish person to win a prize at the championships and the first American to win in his category. “There are certain nuances to having a good moustache,” Antebi told The Shmooze. “When I get out of the shower, I wait until it’s still slightly damp. I use a moustache comb. Then I apply Hungarian moustache wax to my moustache evenly. If I get the timing wrong, then it is a nightmare.” 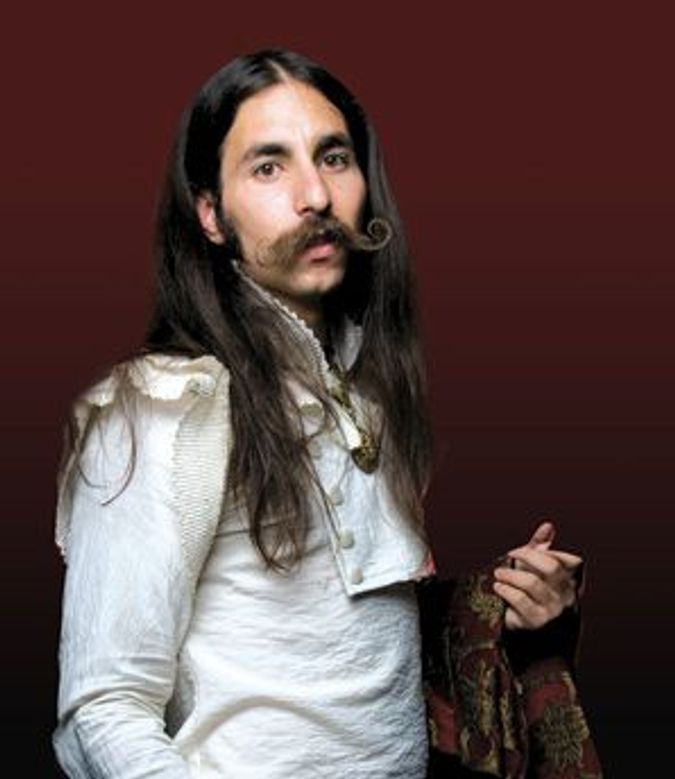 Musician and sometime-moustache-wearer Nick Cave judged the moustache categories. The judges select “the one they feel is most stylish,” said Steve Parsons, secretary for the Handlebar Club, which hosts the championships. “Alexander certainly has plenty of style!” he said. Antebi topped 11 other entrants in his category to bring home his trophy: a beer tankard with moustache guard.

Frontman for the L.A. funk-glam band Conquistador, Antebi, 26, said that his music is often inspired by his Sephardic heritage (his descendants were from Toledo, Spain) and that some of his songs incorporate Ladino lyrics.

Antebi first began growing a moustache four years ago. “It was something that allowed me to connect with antiquity,” he said. As his personal style tends more toward Renaissance Faire than Ralph Lauren (he describes his own clothing line, Alexander Antoinette, as “Southern Civil War Vermeer meets Rajasthani Rock ’n’ Roll eleganza”), this anachronism seemed appropriate. “Today’s man, the conventional idea of male beauty, is that of youth,” he said. “Hairlessness has become beautiful for men. I’m proud to be a man, and this is an extension of my manhood and also my individuality.”

A Moustache to Kvell Over