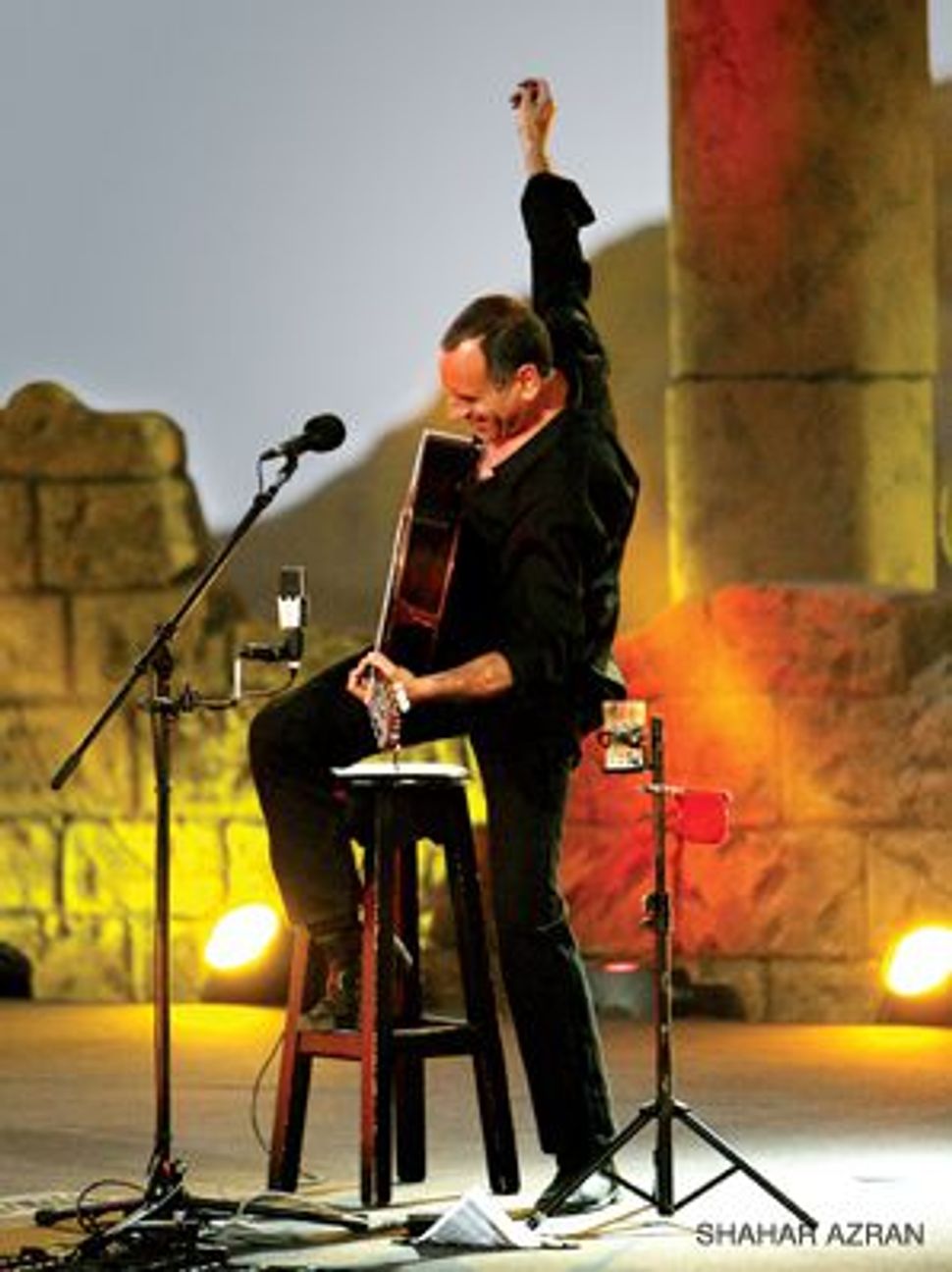 On a June morning before dawn, Israeli singer-songwriter David Broza performed for the 14th time at the foot of the Roman ramp leading to the summit of Masada. But now, the show will reach a much broader audience. 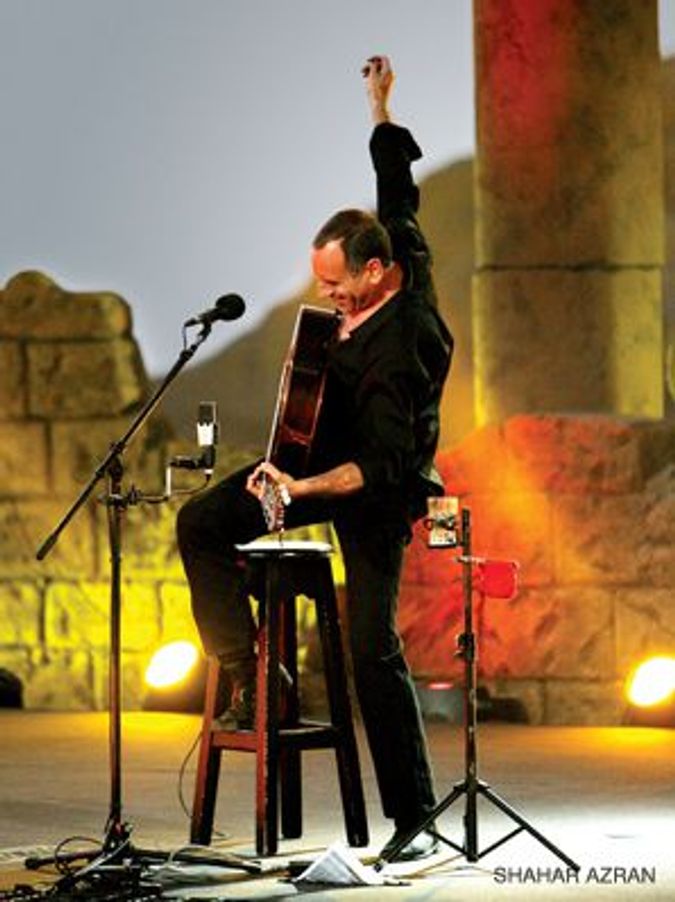 The “sunrise concert” was filmed by Chicago’s PBS affiliate, WTTW, and beginning December 1 it will air on PBS stations across the country. With the Dead Sea glittering in the background, and the ancient fortress looming behind the stage, Broza was joined by legendary rocker Jackson Browne, singer/songwriter Shawn Colvin and Palestinian musician Ebrahim Eid. The Neve Shalom/Wahat al-Salam Israeli-Palestinian School Choir performed, too.

Broza, who has multiple gold and platinum albums to show for his 30-year career, told The Shmooze that, as a performer, his main objective is to connect with the audience. “From the lowest place on earth, we aspire to reach [that] highest goal,” he said. “At the first crack of dawn, people start to dance and sing along. It’s one of those magical moments; there is no concert like it in the world.”

While the Israeli-Palestinian conflict continues to flare, the concert — sponsored by the Jewish Agency for Israel and by the Israel Ministry of Tourism — underscores Broza’s idealism. The youth choir, which is from a village founded by Jews and Arabs in the 1970s (Broza’s grandfather was among the founders), highlights that goal. “When you put differences aside, you can start caring and sympathizing for others,” Broza said. “And then you can achieve the ultimate goal — peace.”