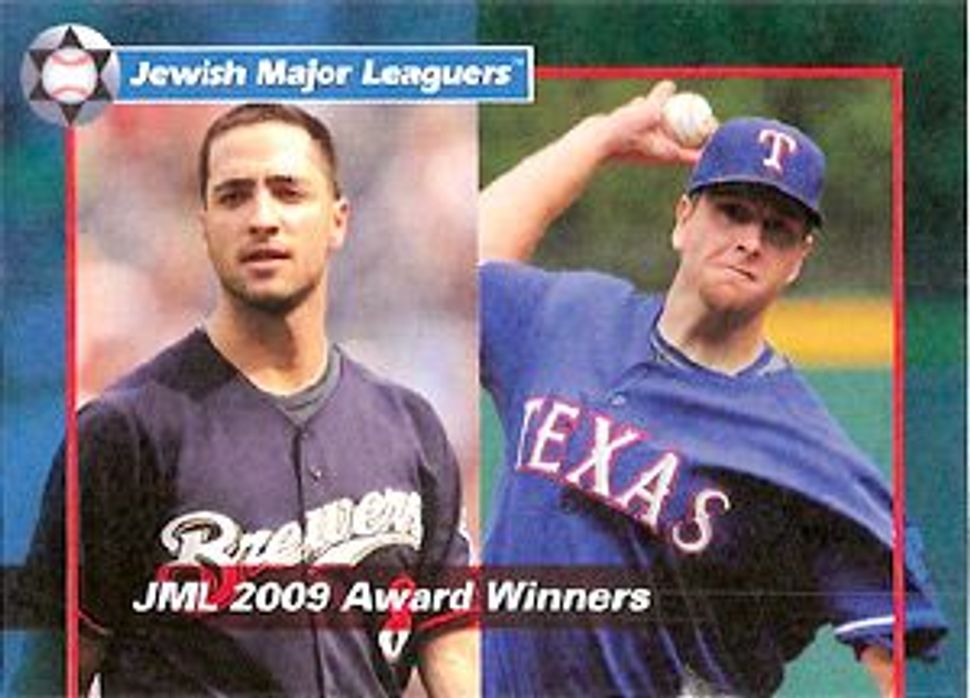 They can handle a curveball, a fastball and a matzo ball.

Professional baseball stars Ryan Braun and Scott Feldman received off-season honors December 23, getting named the Most Valuable Jewish Players of the Year by an organization dedicated to celebrating Jews in the national pastime. 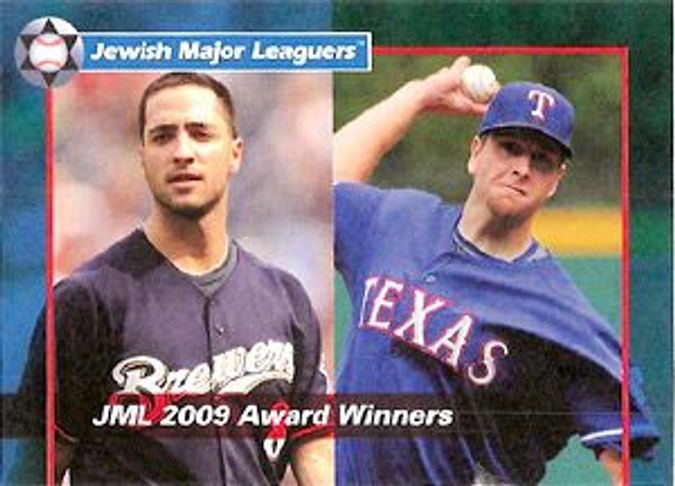 A powerhouse left-fielder for the Milwaukee Brewers, the 26-year-old Braun distinguished himself in 2009 by leading the National League in hits, maintaining a .319 batting average and smacking 32 home runs. The son of an Israeli father and a Christian mother, the two-time All-Star was voted the National League Rookie of the Year in 2007 and has been dubbed “the Hebrew Hammer” by fans.

Feldman, a 26-year-old right-hander for the Texas Rangers, achieved a 4.08 earned run average in 2009. With a season record of 17–8, Feldman has achieved more victories than any other Jewish starter since 1980, Jewish Major Leaguers notes.

In honor of the pair’s achievements, the organization will issue special cards of them in its deck for 2010.

Although the ranks of Jewish pros remain limited — there are currently 14 — they’re enjoying something of a golden era. Three Jewish players have taken the field in each of the last two All-Star Games, a number previously matched just twice.