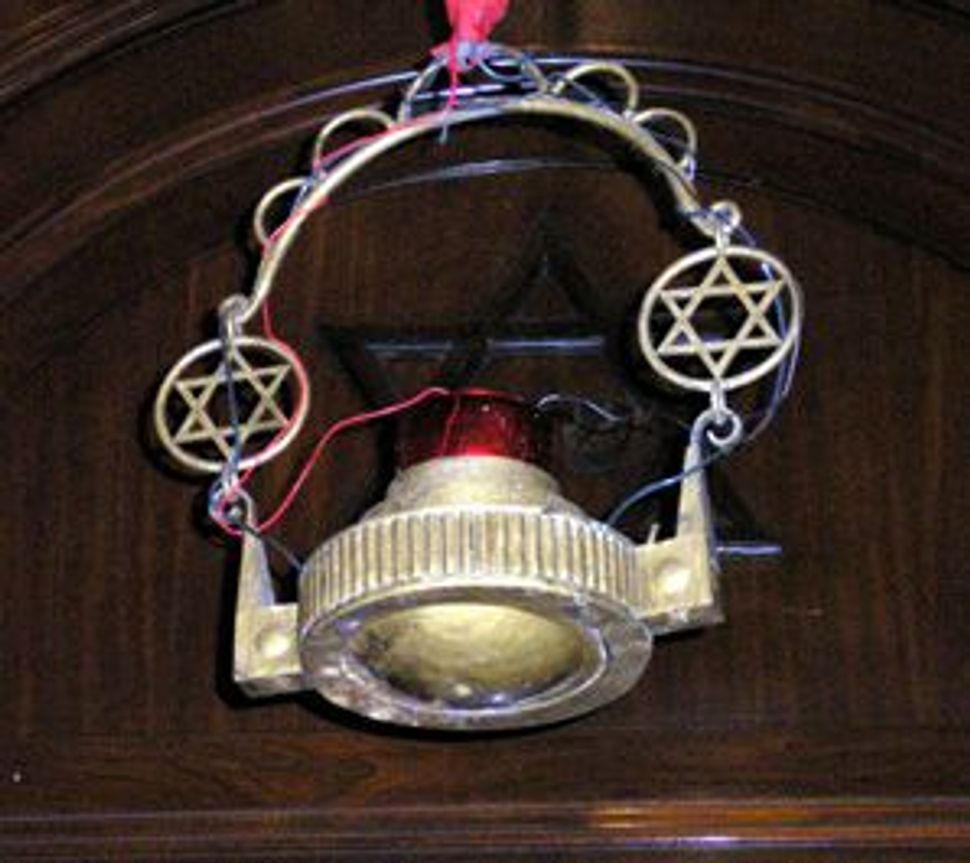 SUNNY DAY: This solar power ner tamid was installed in a Brooklyn synagogue

With Hanukkah putting everyone’s mind on the subject of efficient lighting — and oil shortages — two New York City congregations have jumped onto the green-building bandwagon by connecting their eternal lights to solar power. Congregation B’nai Jeshurun in Manhattan and Union Temple in Brooklyn recently became the first two synagogues in New York City to install solar-powered nerot tamid (the symbolic lights that hang over the ark). Both synagogues dedicated the lights this past weekend, in ceremonies timed to coincide with Hanukkah. 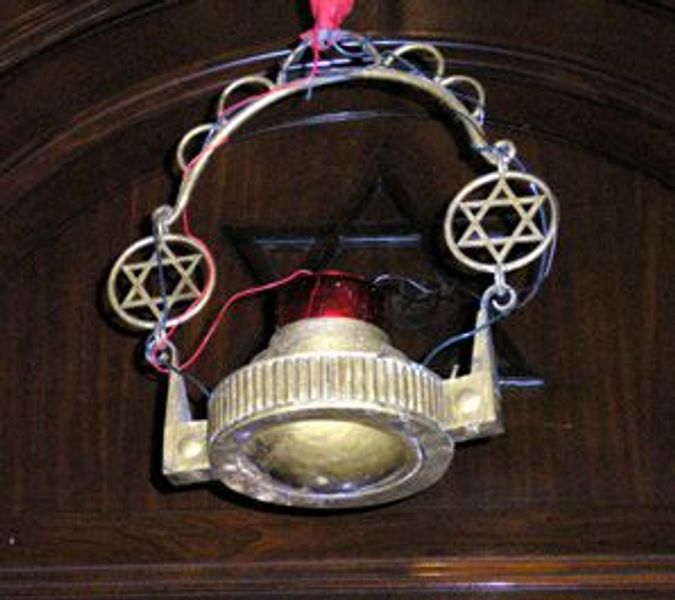 SUNNY DAY: This solar power ner tamid was installed in a Brooklyn synagogue

“It seemed to us that the symbolism of eternal light powered by an eternal source was a perfect metaphor for renewable energy, and Hanukkah is the obvious holiday where that is the pre-eminent theme, so we put the two together,” said Gil Kulick, co-chair of B’nai Jeshurun’s environmental action committee, which oversaw the installation.

Powering nerot tamid with the sun is nothing new. The first-known solar ner tamid was installed at Temple Emanuel in Lowell, Mass., in 1978 — not coincidentally, the last time that America was in the midst of an oil crisis. More recently, the Coalition on the Environment and Jewish Life, an environmental advocacy group, has begun encouraging synagogues to pursue the idea, and solar nerot tamid have appeared in synagogues from Washington to Chicago to Los Angeles.

But for congregations looking to save energy and money, solar-powered nerot tamid don’t make much sense. Greg Sherman is the construction manager of Bright Power Inc., the green-building company that installed B’nai Jeshurun’s new solar panel and electrical hook-up. He estimates that the congregation will save the equivalent of about $10 worth of electricity over the course of a year. As in Jewish ritual, however, the purpose of the ner tamid is not function but symbolism. Both synagogues plan to use their solar installations to educate and inspire congregants to kick-start larger greening programs that could save serious energy.