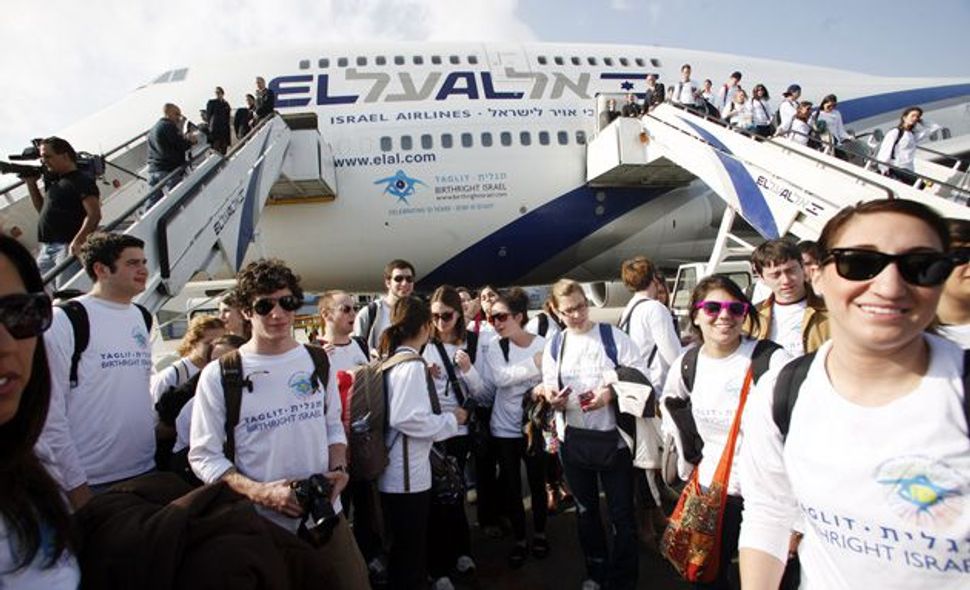 Record Breakers: A plane carrying TAGLIT-Birthright participants lands in Israel on the 10th anniversary of the organization?s founding. Image by COURTESY OF BIRTHRIGHT ISRAEL

As most of the world celebrated the New Year, TAGLIT-Birthright Israel, the Jewish organization that provides free trips to Israel for young adults in the Diaspora, celebrated its 10th anniversary. Kicking off the celebration was a ceremony for a plane filled with 400 participants, alumni and donors that landed in Israel on December 29. At the event, the organization was entered into Guinness World Records for the largest collective work of art: a 13-foot-by-16-foot Israeli flag made up of 28,267 fingerprints of Birthright participants from the past two years.

But it’s the numbers that say it all. Here’s a look at some statistics from the past decade:

Number of participants from outside Israel: more than 220,000

Number of Israelis who have participated: 40,000

Number of countries from which participants hail: 51

Only continent without participants: Antarctica

Number of participants in the first year: 10,000

Number of participants expected this year: 25,000