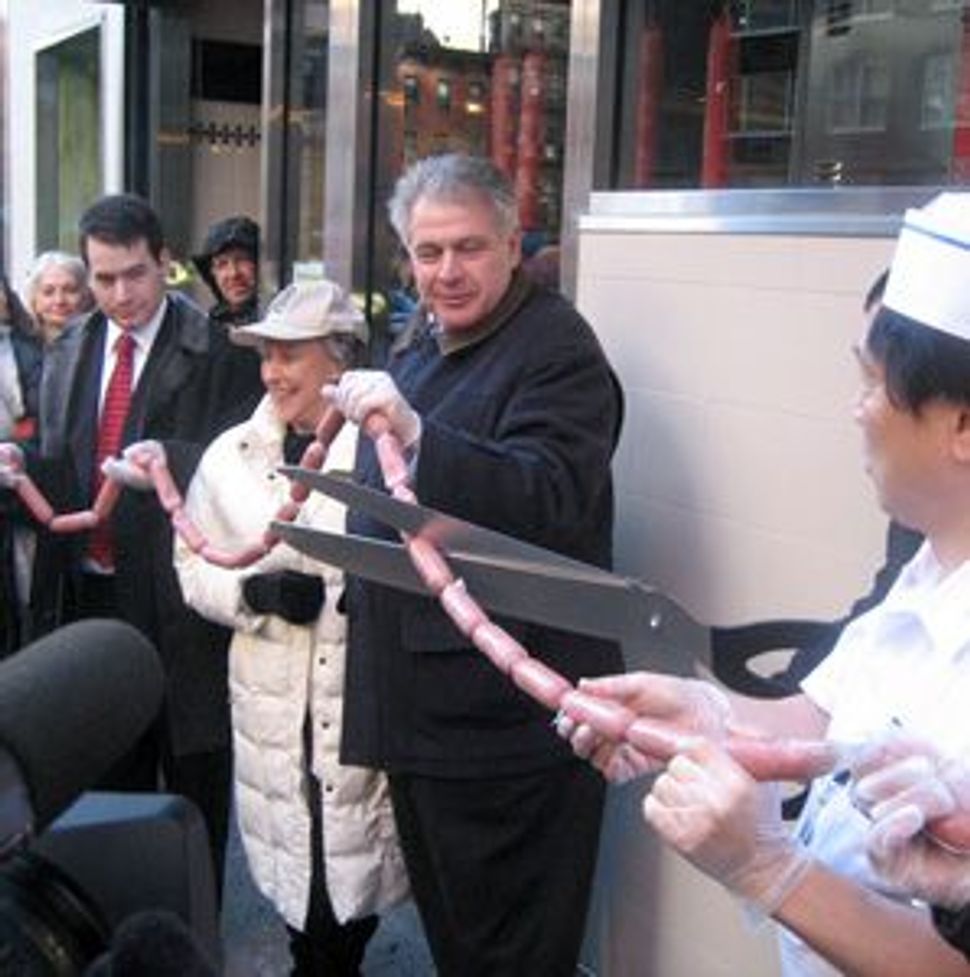 It was a ribbon-cutting — of sorts. 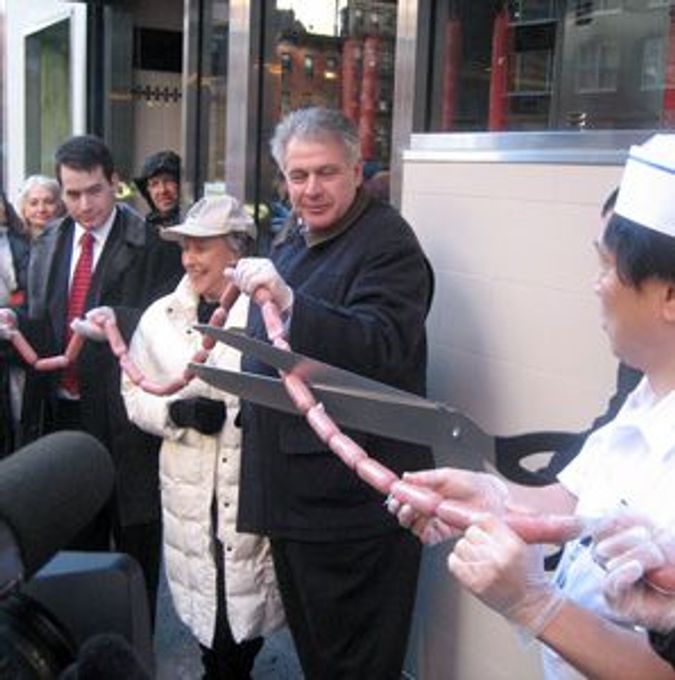 Pulled taut before the newly reopened 2nd Ave Deli, whose new digs are not on its eponymous avenue but on 33rd Street between Lexington and Third, was a seemingly endless string of miniature salami links, nickel shtikels — a reminder of an era when the language of Second Avenue was Yiddish and a salami sandwich didn’t break the bank.

Amid the countless bris jokes, the mood at the December 17 salami slicing was light, the sense of relief palpable. When the deli’s original location closed its doors in January 2006 (after its monthly rent was reportedly raised to $24,000 from $9,000), many feared that New York had lost something irreplaceable. The deli was, and is now again, one of the city’s few restaurants kosher enough to earn rabbinical certification yet worldly enough to stay open Saturdays. More importantly, it is widely considered the best there is.

Jack Lebewohl — brother of the deli’s original owner, Abe (the victim of a tragic 1996 shooting), and the father of the eatery’s new proprietor, Jeremy — beamed, boasting of the many familiar faces among the waiters, kitchen staff and countermen. “Anyone who wanted to come back, came back,” he said.

Some things have changed: Though smaller than the original — it seats just 65 — the restaurant now offers a full bar and a broader selection of smoked and cured fish. Also new: It will be open 24 hours, seven days a week.

Perhaps most startling were the prices. A bowl of matzo ball soup and a pastrami sandwich will now cost $21.20 — before tax and tip.

The elder Lebewohl downplayed the hikes. “The prices,” he said, “are the same as two years ago — updated.”

On opening day, however, the cost didn’t seem to deter anyone. As the salami was sliced outside, business inside was brisk — and it was only 11 a.m. But what of the tourists, a pesky reporter asked, forced to look for the 2nd Ave Deli between Lexington and Third? Won’t they be confused?

Lebewohl was unworried. “They’ll find us,” he said.