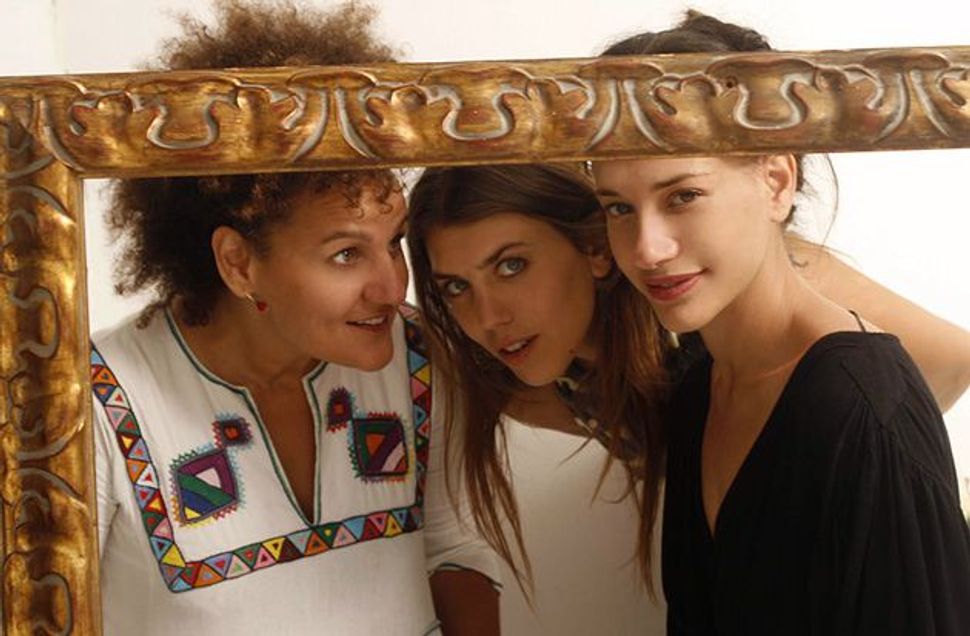 The Israeli female band HaBanot Nechama (Comfort Girls) became a household name in Israel with its first, self-titled album, which went platinum within a month of its release. The trio’s music blends folk, reggae and soul music; three solo careers; two languages, and a variety of instruments to create a unique sound that has garnered critical acclaim.

The Shmooze caught up with band member Karolina, who traveled to New York with her fellow bandmates to perform at the Highline Ballroom, and to get inspiration for their second album, due out this summer.

Shmooze: How did HaBanot Nechama get started?

Karolina: We met in a music scene in Tel Aviv [in 2002]. Each of us had a solo career before the group…. One of the venues [in Tel Aviv] asked if we could do an acoustic show, and we did it for one night. We planned to sing one song together, and when we heard the harmony our voices made, we decided to stay together and work together.

How is it different performing at home vs. abroad?

It is different, in a good way. People are listening to us for the first time, and you [can] see their reactions. People who come to our shows in Israel know us, and what’s nice right now is that nobody knows us [here]. So you see something fresh.

What kind of message do you want to send in your music?

We are just trying to make other people feel what we feel when we’re singing. The lyrics in our songs are about love, peace, sweetness, compassion, bad days in life as a woman, dealing with ourselves, loving ourselves, hating ourselves…. We are bringing our own life experience to it.

What inspires your music?

Yael [Decklebaum] grew up on country music… her dad had a country band. Dana [Adini’s] influences come from musicians like David Bowie. My influences are funk music I like reggaeton… and Erykah Badu.

What are the plans for the second album? How will it be different from the first?

I think it will be close to the first and a bit far from it, too. Of course we want to grow up. Right now I can feel that we are going even deeper.