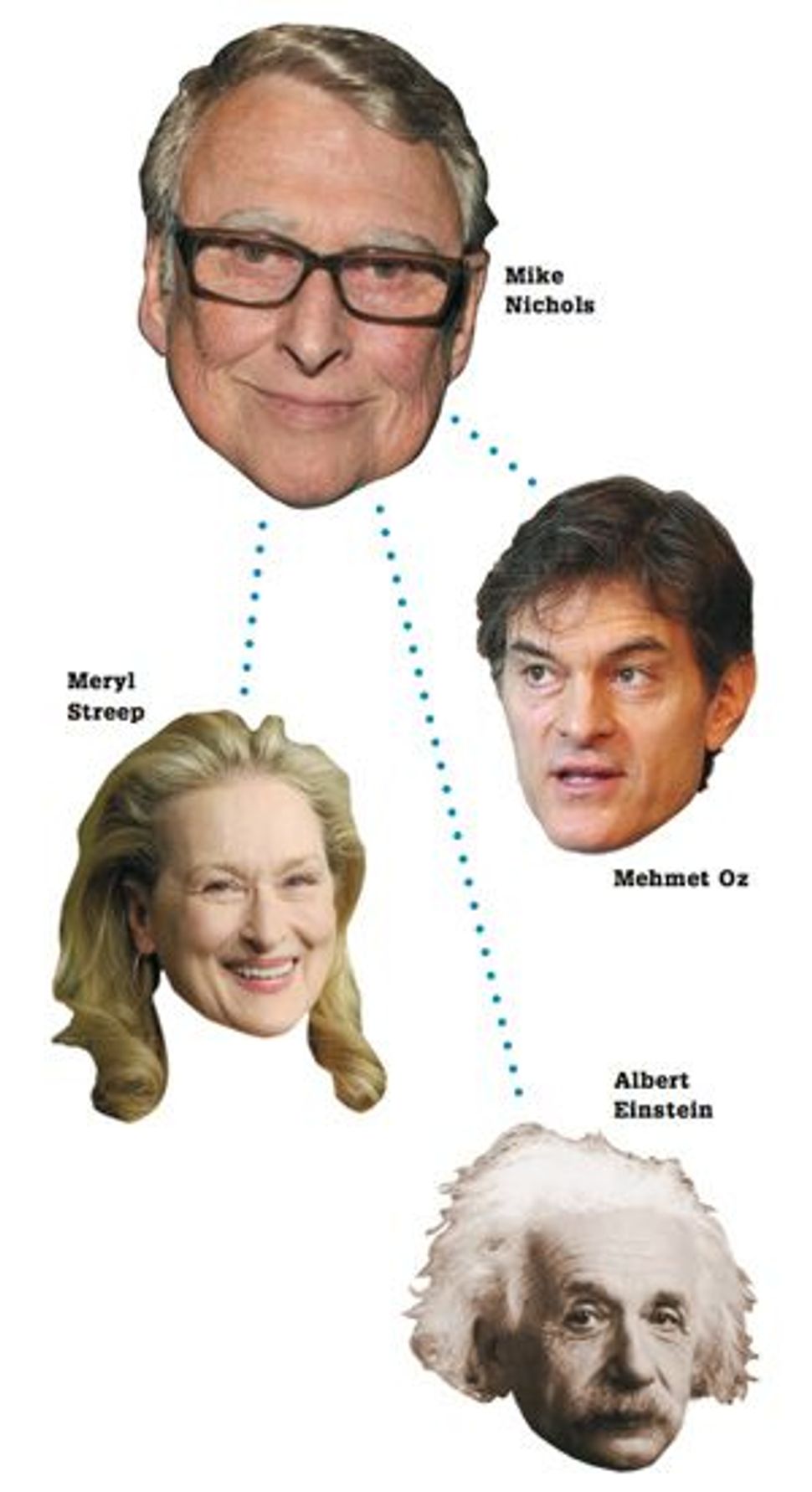 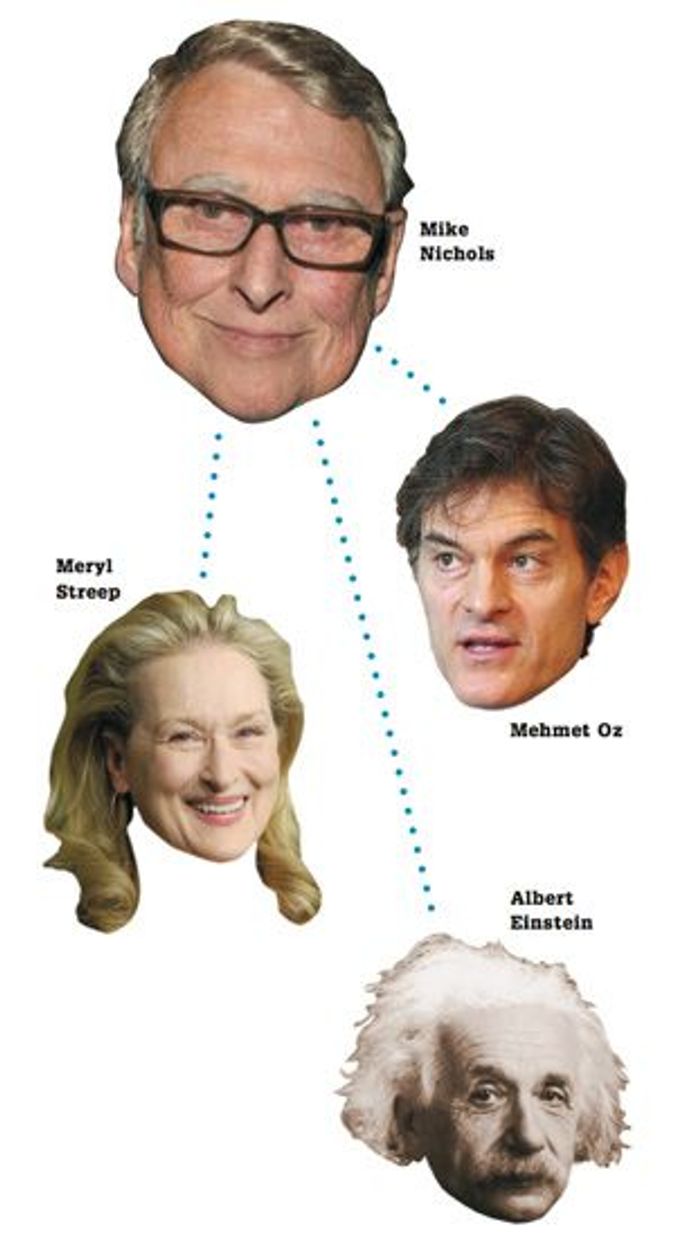 Mike Nichols, the Oscar-winning director of the 1967 film “The Graduate,” learns that he shares connections with a surprising set of “cousins” in “Faces of America,” a new PBS series that traces the background of a dozen prominent participants. Hosted by Harvard professor Henry Louis Gates Jr., the show uses a combination of genealogical records and DNA testing to make a series of unexpected discoveries, some of them stretching back dozens of generations.

For Nichols, born in Berlin in 1931 as Michael Igor Peschkowsky, those discoveries both confirm old family legends and turn up new information. In a vindication of the filmmaker’s mother, genealogical records show that Nichols’s great-grandfather was indeed a second cousin to Einstein — a claim the filmmaker says he’d long dismissed as family lore.

Reaching further back through the help of their respective genomes, Nichols and Streep, who worked with the director on such projects as “Silkwood” and “Angels in America,” also discover that they share an unidentified relative from within the past 250 years. (Streep, for her part, learns that another of her ancestors helped to found Providence, R.I., early in the 17th century.)

Explaining its DNA research through diagrams and interviews with genetic experts, the show also reveals a common connection between Nichols and Dr. Mehmet Oz, the Oprah Winfrey protégé anointed with his own TV show last fall. Born in Ohio to Muslim immigrants from Turkey, Oz is informed that he descends from “exactly the same paternal haplogroup” as Nichols, the son of Russian-Jewish and German-Jewish parents. “Similarly common among Jews and Muslims,” according to the program, the shared haplogroup — inscribed on the Y chromosome — comes as news to Oz.

“This kind of information, to me, is world changing,” Oz tells Gates in an episode scheduled to air on March 3. “For Jews and Muslims to recognize how interrelated we really are — I have to admit to myself… that the only thing separating us is how we think about things.”