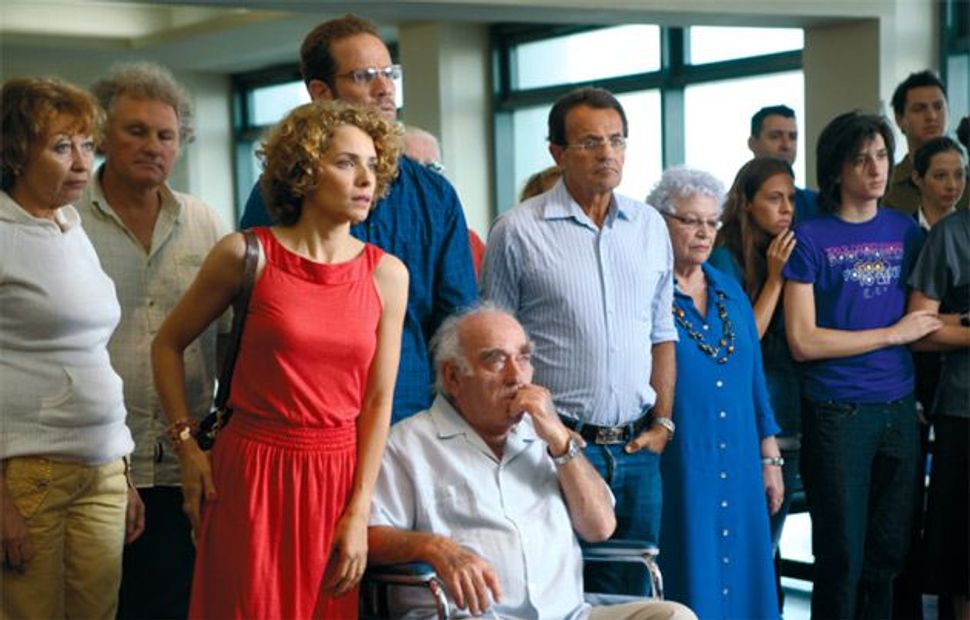 Free at Last: A family awaits the return of a kidnapped soldier in the Israeli show ?Kidnapped.? Image by Vered Adir

A TV series about kidnapped soldiers has sparked debate in Israel, where the fate of a captured army soldier continues to dominate real-life headlines.

“Kidnapped,” a weekly drama set to air on Israel’s Channel 2, has drawn both widespread interest and charges of insensitivity in the days before its March 6 premiere. Featuring a cast that includes some of the country’s most popular actors, the series tells the story of three soldiers following their return from 17 years in Syrian captivity. As the men readjust to life in Israel, the program depicts the relief and anxiety of their families, including two teenagers who grew up without their reservist father. In a mix of current events and fiction, the TV soldiers are freed in a deal brokered by a German mediator — a nod to Germany’s role in ongoing negotiations over Gilad Shalit, the soldier held in Gaza since 2006.

Ehud Olmert, Israel’s prime minister at the time of Shalit’s capture, attended a launch party for “Kidnapped” on February 21, joining the show’s stars and representatives of Keshet Broadcasting, the production company that made the series. Rights to produce an American version have been optioned by Fox, which was shown translated scripts of “Kidnapped” and has tentatively re-titled the show “POW — Prisoners of War.”

Despite the show’s embrace by Hollywood, some Israelis have expressed ambivalence about the premise of “Kidnapped,” arguing that it is insensitive to the Shalit family and to relatives of other kidnapped soldiers.

Elsewhere on Israeli television, Channel 10 has announced a series of news features that will be co-hosted by Karnit Goldwasser, a national figure since Hezbollah captured her husband, Udi Goldwasser, in a cross-border raid in 2006. His corpse was returned to Israel in 2008 as part of a prisoner exchange.

In her TV role, Goldwasser will appear in news segments that draw attention to “inspirational” Israelis.