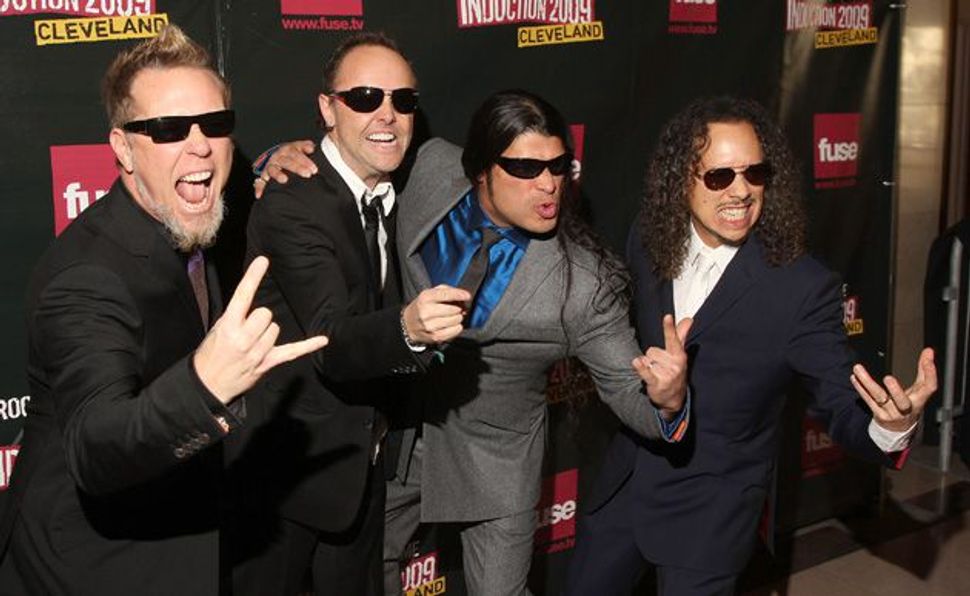 The ultimate heavy metal band Metallica does whatever the hell it likes, right? Well not when faced with disgruntled Israelis.

It seems that the Israeli flair for complaining is enough to get even Metallica members to do as they are told.

In February, the band announced that they will play at the 42,000-person capacity Ramat Gan Stadium, near Tel Aviv, on May 22.

Metallica has a huge following in Israel, and the band created major buzz when they came to Rishon Le Zion in 1999 and to Tel Aviv in 1993. Of course, fans were exceedingly excited when they heard there is going to be another performance. But when they saw the ticket prices, they became angry: Most tickets cost more than $150 each. Not only is that more than most concert tickets in Israel, it is around double the cost of a decent seat at Metallica’s Moscow or Belfast gigs, scheduled for a few weeks earlier.

In response, Tomer Mussman, a student at the College of Management and Academic Studies in Rishon Le Zion, started a Facebook group called “Boycott Metallica’s Israel Show.” When the membership grew to more than 6,000 followers in four days, Mussman was contacted by Metallica’s promoter in Israel, Gad Oron, to set up a meeting.

Oron, one of Israel’s best-known promoters, told The Shmooze that he and Mussman spoke for four hours about all matters heavy metal, and eventually closed on a deal under which he agreed to slash ticket prices by 30% to 40% for the two weeks leading up to March 20. He said of the petitioners, “We realized that they are young people who are idealistic. They thought that everybody should be able to be as close to the stage as possible [even if they can’t afford tickets for floor seats]. Me and the band made a mutual decision to try this idea for two weeks.”

After his victory with Oron, Mussman posted a message on Facebook, saying, “We are officially asking each and every one of you to stop the boycott, and come and enjoy Metallica’s concert with us on May 22.” He said that his success “shows customers and consumers that they do have the power.”

This is not the first time that Metallica has fallen in line with the demands of an online petition. In 2006, the group fired producer Bob Rock after more than 20,000 fans signed a petition claiming that he was a bad influence on the band’s music.