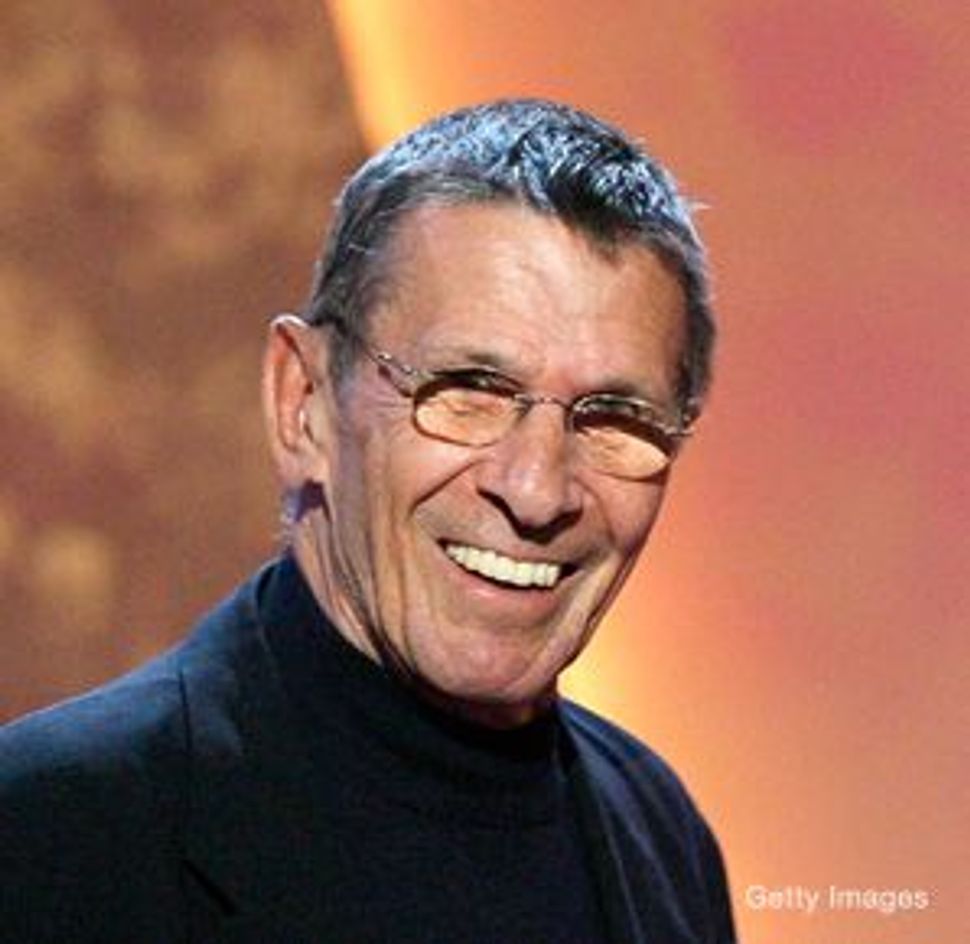 The new “Star Trek” film’s trailer shows a vast shipyard where the U.S.S. Enterprise is under construction, as a voice intones that famous phrase, “Space, the final frontier….” 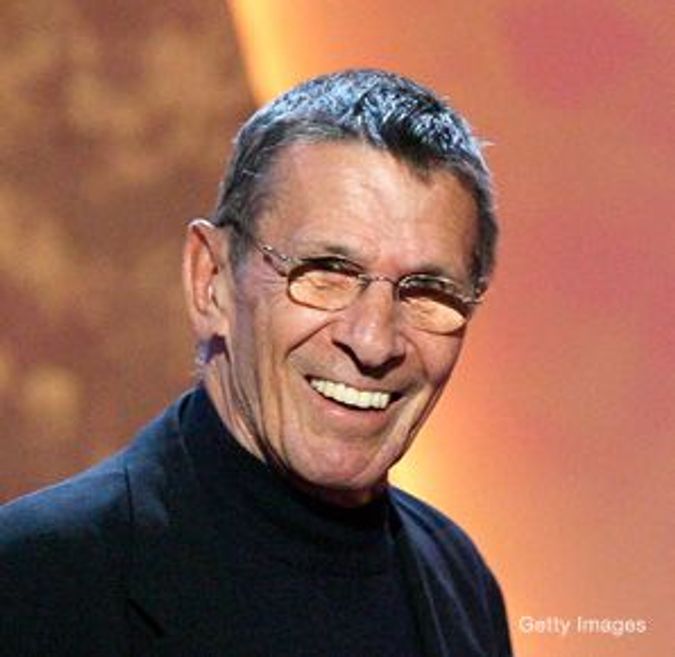 Ah, that deep, rich voice. It’s unmistakable. Spock is back.

In 2002, Leonard Nimoy, now 76, said he was retiring from acting to focus on photography. But this December, he’ll return to the silver screen as the pointy-eared pop culture icon who has been his alter ego since “Star Trek” debuted on television in 1966.

“My photography is still a major love and a major part of my creative life, but this is a ‘Star Trek’ project, so it’s something special,” Nimoy told The Shmooze by phone from Los Angeles, where he’ll be filming through next month.

His last “Trek” movie was 1991’s “Star Trek VI: The Undiscovered Country”; four more have been made since. Nimoy said he was drawn to this next one by the energy and reputation of director/producer J.J. Abrams (“Lost,” “Alias,” “Mission Impossible III”), “a really special guy with a wonderful script and a great production…. He’s the real deal.”

“And I feel I owe it to ‘Star Trek’; it’s been a big, positive factor in my life,” he added. “I do think this is a very serious chance for the entire franchise to become reinvigorated.”

While Spock has been on ice, Nimoy’s photography has created heat in Jewish circles. His 2002 collection “Shekhina” depicted models wearing tefillin or a tallis and little else, as the essence of God’s feminine manifestation — transcendent to some, transgressive to others.

His current “Full Body Project” depicts nude, proud, fat women, “a book of pictures of beautiful women who just don’t happen to be living in the same kinds of bodies as fashion models,” he said. That collection’s Northampton, Mass., gallery exhibit has been extended to five months from four, through March 15. Nimoy also remains a fixture as a speaker at “Star Trek” conventions and in Jewish venues, finding plenty of crossover between the two.

“There’s always been a curiosity about Judaism in ‘Star Trek,’” he said, not only about adopting the Kohanim’s split-fingered blessing gesture as the Vulcan salute but also about “the trail of Jewish experiences that I’ve had in my acting life,” dating back to his childhood as the son of Yiddish-speaking Russian Jewish immigrants in Boston and to his first big performance role, in Clifford Odets’s “Awake and Sing,” at age 17.

“I’ve had a wonderful time connecting my Judaism and my acting and directing work,” he said.