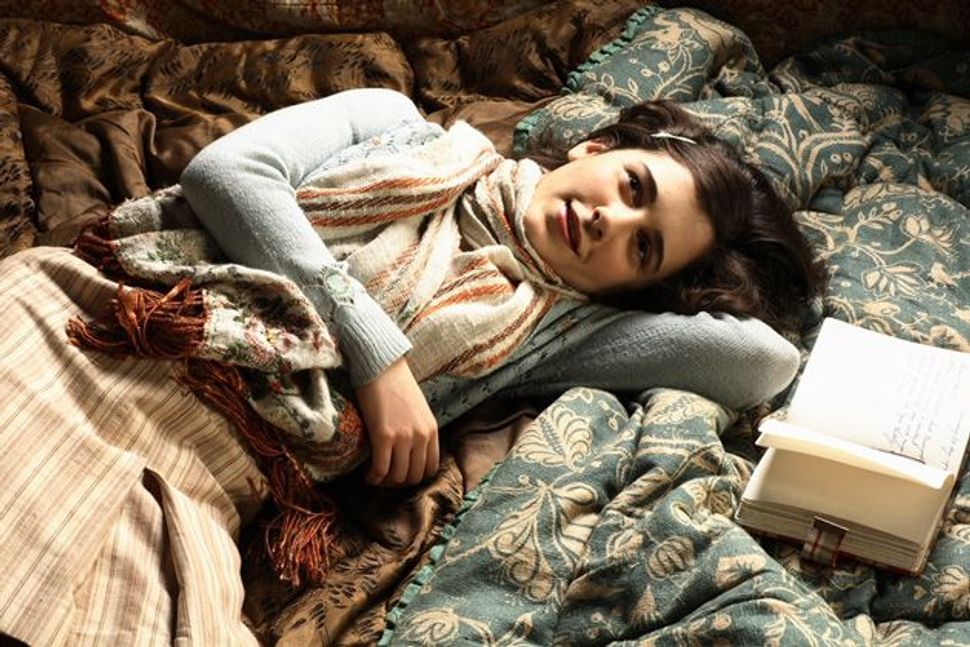 Actress Ellie Kendrick is best known to American audiences for her supporting role in the Oscar-nominated “An Education.” But in her native England, she is best known for playing the title character in “The Diary of Anne Frank,” a film broadcast over five nights on the BBC in early 2009. That film will air in the United States on April 11, Holocaust Remembrance Day, on the Public Broadcasting Service’s Masterpiece Classic series. The 19-year-old, who is in her first year at Cambridge University, majoring in English literature, spoke to the Forward from England.

Forward: Had you read “The Diary of Anne Frank” before you signed on to do the film?

Ellie Kendrick: Funnily, I hadn’t read it before. That was very strange, because all my friends had. [But] of course, I knew the Anne Frank story.

Did anything in it surprise you?

Having heard the story, I thought it would be a very depressing account — interesting, but very hard to read. It was, but at the same time, it was vivacious and sharp, and not boring.

You auditioned for the role, but then almost didn’t take it. What happened?

I was skeptical about taking the part, because it was filmed during my final school year. My education is very important to me, and I didn’t want my academic career to suffer. But … I knew a chance this great might never come up again.

What was the reaction to the show in England?

The show’s reviews were really fantastic. I met one of Anne Frank’s cousins at a screening. Afterward, she came up to me and said that “of all the productions I’ve seen, you were the most like her.” That was the best compliment I could have received.

There have been a lot of film productions and plays and books on the diary. What makes this different?

We were granted rights to use the actual words from the Anne Frank diary. Obviously, from that starting point we are able to paint a more realistic picture of Anne. I think there’s been a tendency in our media culture to glorify her, to make her a heroine. But I think it is important to know that at times, she could be quite annoying and really rude and snap at her parents. That’s part of the reason the diary is so popular, because it is something everyone who’s ever been an adolescent can identify with — a moody teenager who is sometimes eloquent and touching and sometimes wants to slap her mother across the face.