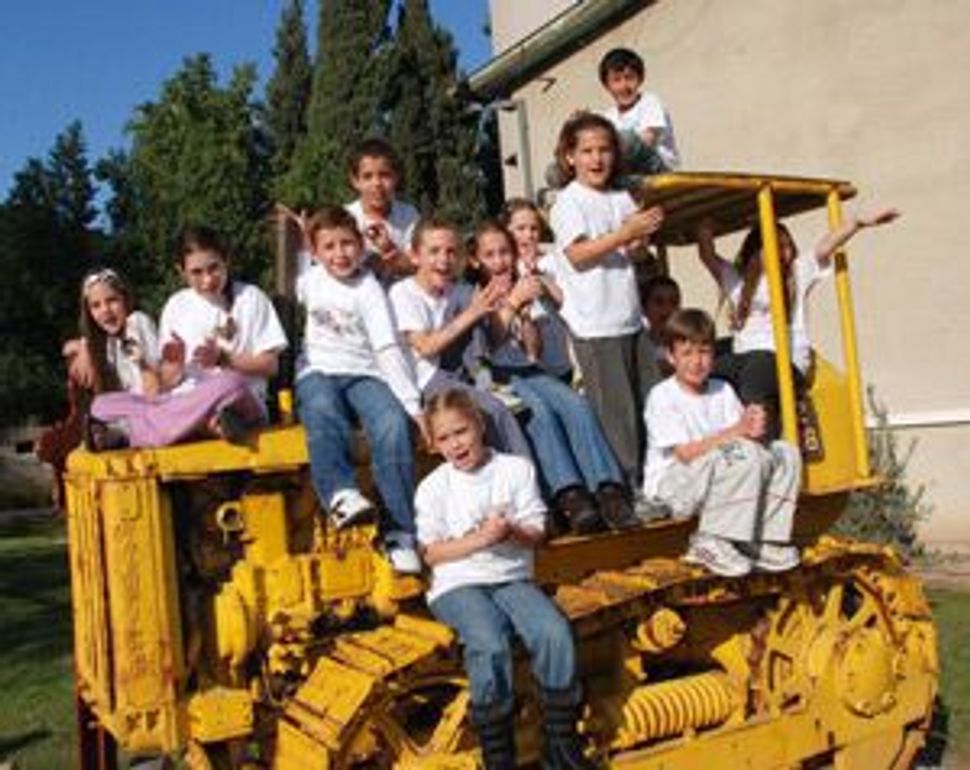 Community: Members of the Mishmarot kibbutz in Northern Israel perform the ?Hora.? Image by Forward Archives

The kibbutz, one of the grand social and economic experiments of the past century, was once a symbol of a liberal, humanistic Israel. Today, the kibbutzim, in their 100th year, have been profoundly transformed, and the face of Israel is a different kind of settlement — the West Bank settlement that seeks to build “facts on the ground” from a biblical perspective. The pendulum of Zionism, which was once weighted heavily toward a socialist-Zionist perspective, has shifted to a right-wing Zionism. 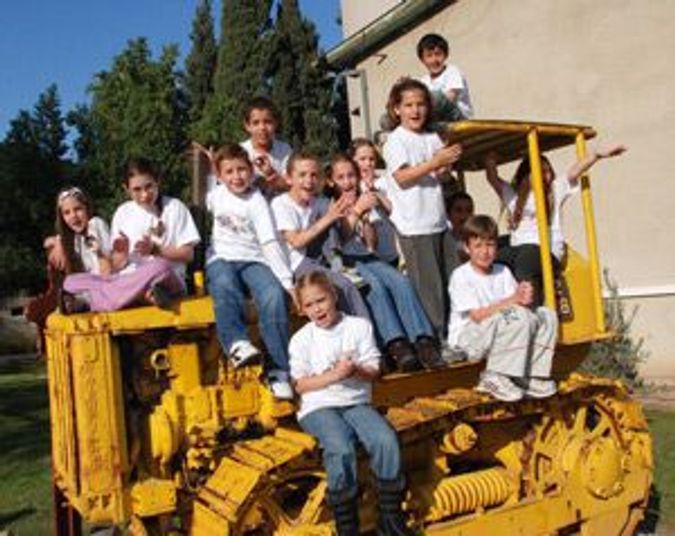 The kibbutzim’s formation was at the heart of a vision of Zionism that is, alas, in retreat today — a socialist Zionism born from the revolutionary movements of Russia and Eastern Europe at the end of the 19th and early 20th centuries, exemplified in earlier Israeli leaders, like David Ben-Gurion and Yitzhak Rabin. Though the kibbutzim never exceeded 4% of the population, even as late as 2000, 42% of the air force — which is Israel’s military elite — came from the kibbutz sector.

From their inception, kibbutzim were a combined pragmatic and ideological enterprise. Israel was a scarcity society, a country in formation — and a rugged, communal lifestyle organized around cooperative farms offered the young country a way to grow by exploiting human resources to the fullest. Even collective child rearing, once considered a bastion of the kibbutz ideology, was a pragmatic effort to pool adults’ time for work while one adult watched over dozens of children. Society supported the kibbutz overall, from the banks to the government, with subsidies that allowed the desert to bloom.

It was the 1977 election of Likud party leader Menachem Begin — Prime Minister Benjamin Netanyahu’s mentor — that heralded the beginning of the end of the Israeli national consensus for the kibbutz. He famously ran his campaign railing against an elite kibbutz society by reaching out to those in the development towns, mainly Jews from North Africa and Arab countries who were never part of the Israeli model of socialism.

Begin’s election marked the end of state support, which, along with world economic factors, began to break apart the economic model.

By the 1990s, the kibbutzim had a combined $6 billion debt and an aging work force. The children of the dream left the kibbutz for life in the city, not returning after university, and the movement had no realistic strategy for recruiting new members.

It was critical that the movement make drastic changes, both from an economic and a social point of view. And change it did.

According to Shlomo Getz, a researcher at Haifa University’s Institute for Research on the Kibbutz and the Cooperative Idea, “The kibbutz completely changed without even needing to pay differential salaries or adopting new norms.” That happened when it started to allow members to work outside of the kibbutz and to bring salaried workers inside. The kibbutzim became more like bedroom communities than communal islands within an ever growing and prosperous Israel.

Kibbutzim today range from communities that have become completely private to what the movement calls “renewing kibbutzim,” which allow members to keep private salaries but pay progressive taxation into the community to support a strong social safety net that supports those less able to work and provides for added amenities, like health care, elder care and schooling. The old collective style ironically remains on those kibbutzim that are rich enough to be socialists — the handful of kibbutzim that still own their own thriving factories that provide for the community’s needs.

These changes made a difference, enriching kibbutzim’s coffers and population. According to Haifa University’s kibbutz institute, by the beginning of 2010, 192 kibbutzim had become “renewing kibbutzim, while 15 more were deliberating the possibility of adopting the differential wages system.

But that isn’t the end of the story. The communities are using their new economic resources saved from economic restructuring to build new neighborhoods for young people who grew up and left the kibbutz but want to return home to raise a family in a countrified atmosphere that boasts green grass, good schools and less-expensive real estate. So far, these young people are willing to pay extra taxes to be part of a community that boasts a better lifestyle. Still, while individual lifestyles are adapting along with the communities themselves, the time when the kibbutz ethos led the political charge is probably gone forever.

Jo-Ann Mort is a co-author of “Our Hearts Invented a Place: Can Kibbutzim Survive in Today’s Israel?” (Cornell University Press, 2003).