Shalom, in the Catholic Home 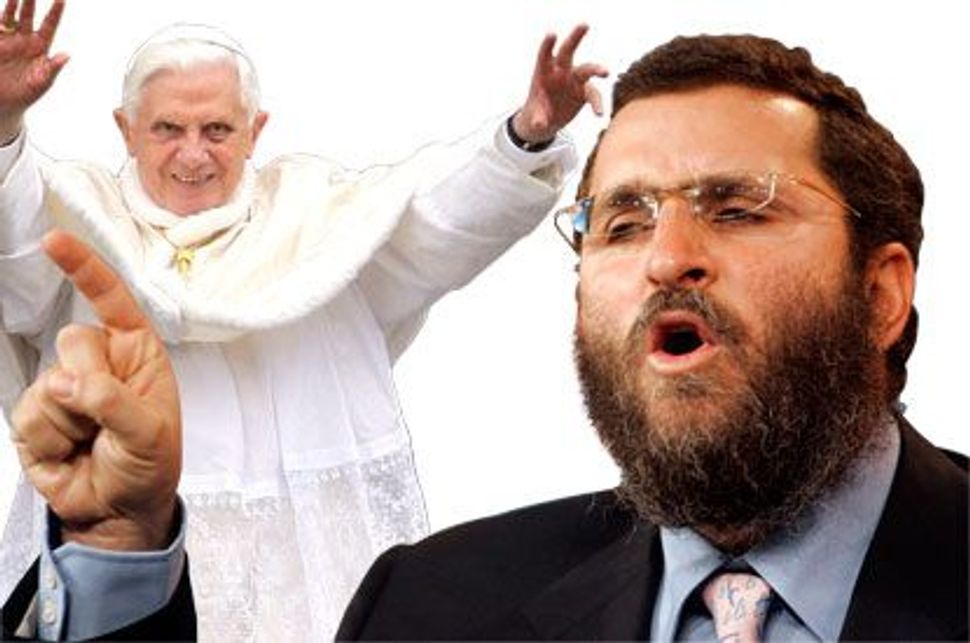 If doling out advice — from parenting to relationships to spirituality — to American Jews and gentiles weren’t enough, celebrity rabbi Shmuley Boteach has gone for the big score: the bishop of Rome, the head of the Catholic Church, the pope. 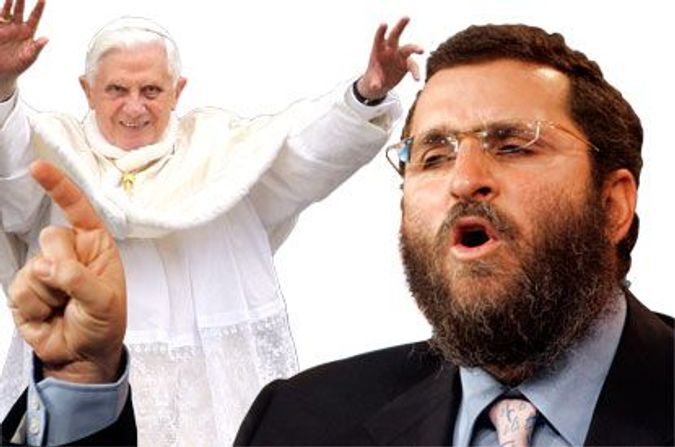 By consulting with Boteach, the pope joins the ranks of Michael Jackson and Oprah Winfrey, both of whom looked to the host of TLC’s “Shalom in the Home” for guidance. In a meeting on April 28, Boteach encouraged Pope Benedict XVI, who’s currently embroiled in yet another round of hullabaloo surrounding the Catholic Church sex-abuse scandal, to hop on board with his “Turn Friday Night Into Family Night” initiative.

By putting a Friday focus on the family, “America’s Rabbi” contends that the Catholic Church could clean up its tanking image and shift its opponents’ criticism away from same-sex marriage and abortion. In promoting a Sabbath-style dinner, Boteach educated His Holiness on his concept of the “triple two.” The dinner can be accomplished by inviting two guests, discussing two different subjects and giving one’s children undivided attention for two hours.

Call it “Shalom in the Catholic Home.”

Shalom, in the Catholic Home