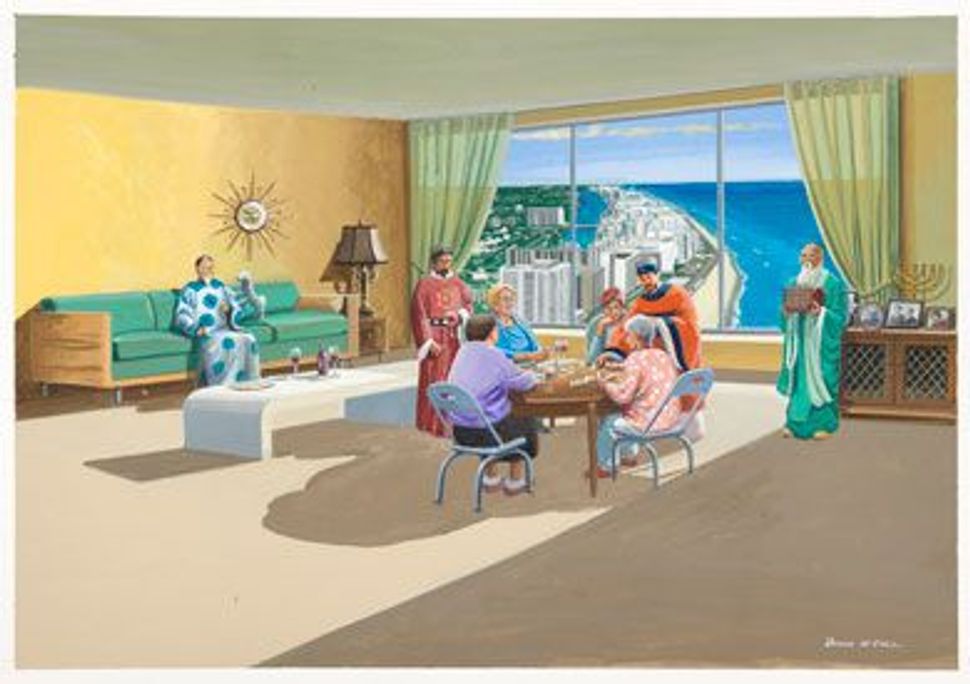 Most American Jews have a grandmother, aunt or family friend who plays mah-jongg. In fact, the game was so popular among Jewish women in the 20th century that Eddie Cantor wrote a song called “Since Ma Is Playing Mah Jong,” and Woody Allen, in his film “Annie Hall,” had the character in the role of his mother play the game. 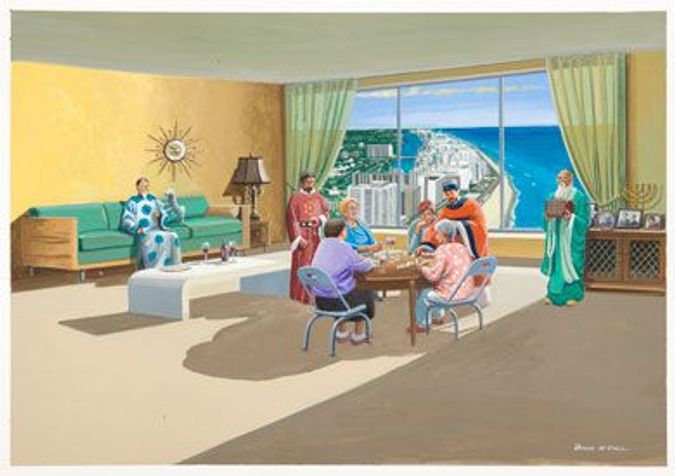 Now mah-jongg is the focus of a new exhibit at New York’s Museum of Jewish Heritage and an edition of 2wice magazine, titled “Mah Jongg: Crak, Bam, Dot,” that is being released in conjunction with the show and features contributions from writers and artists, including Isaac Mizrahi and Maira Kalman.

The exhibit, which will run through January 2, 2011, looks at the history of the game in American Jewish culture, starting in the 1920s, when it became a sophisticated and exotic pastime for upper- and middle-class Jewish women. Over time, the game evolved into a staple for suburban moms and sisterhood gatherings, following many women to retirement in Miami from their summers in the Catskills.

“Mah-jongg is compelling because it’s a story of cultural hybridization: Mah-jongg is sweet and sour, Chinese and Jewish, [for] old ladies and streetwise toughies,” said Abbott Miller, the exhibit designer and an editor at the 2wice Arts Foundation, the organization that puts out the magazine.

“Mah Jongg: Crak, Bam, Dot” contains images from the exhibit, along with contributions from writers and artists, including an essay from the exhibit’s curator, Melissa Martens, that provides historical background; an article on the Jews’ love for chow mein, by New York Times writer Jennifer 8. Lee, and a fashion line designed by Mizrahi that was inspired by the game. Kalmen, an illustrator and writer, created a murder mystery cartoon that has a mah-jongg theme.

“I like the idea of people sitting together at a table, playing a game. It leads to all kinds of wonderful conversations. We were suburban Jews who liked Chinese food on Sunday night. We played miniature golf, and some of the women played mah-jongg, and they had great manicures and lots of jewelry and were very opinionated,” Kalman told The Shmooze.