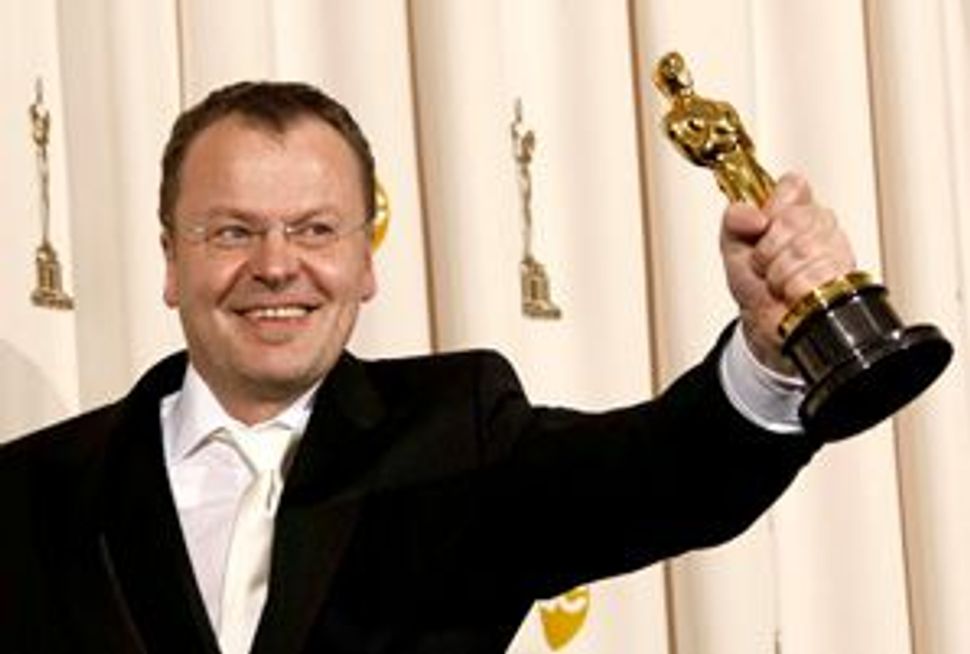 And the Oscar goes to… “The Counterfeiters.” 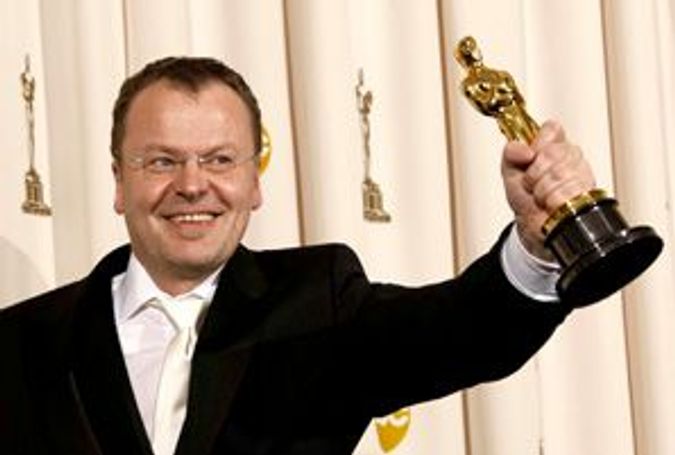 This Austrian Holocaust tale beat out the Israeli entry “Beaufort” and three other movies on February 24 for the Academy Award in the best foreign language film category. “The Counterfeiters” is based on the published memoir of 90-year-old survivor Adolph Burger, who consulted on the script and is one of the film’s major characters but not its narrative center. The film focuses on Salomon (Sally) Sorowitsch — the onscreen version of the true-life Russian Jewish master counterfeiter Salomon Smolianoff, who supervised the Nazi project to forge British and American currency in a “privileged” prisoners’ compound of the Sachsenhausen concentration camp.

Early in February, The Shmooze met the director of “The Counterfeiters,” Stefan Ruzowitzky, and his star, Karl Markovics, in a suite at the Regency Hotel on Manhattan’s Upper East Side. Ruzowitzky, 46, is a tall, fair-haired, clean-shaven gentleman who supplements his handshake with a courtly bow of the head. Both Ruzowitzky and Markovics, who portrays Sally Sorowitsch, are veterans of stage, television and movies. This is Ruzowitzky’s sixth film and his second to be Austria’s entry for the Academy Award; he directed and wrote the screenplay for “The Inheritors” in 1999.

Markovics seems smaller and softer in person than the character he plays in “The Counterfeiters,” who was a hardened criminal. He is not short, but he is slight of build. His gray beard makes him appear older than his 44 years.

Both men feel a “responsibility,” as Austrian non-Jews, to present this story of Jewish victims in a fully realistic and nonstereotypical manner. It is a harrowing tale, and they emphasized the need to display their Jewish characters in a nonsentimental way that doesn’t portray them as falsely ennobled by their ordeal. “We don’t want to show them simply as victims,” Ruzowitzky told The Shmooze.

Markovics concurred: “We want people to see them as ordinary people with faults, not saints. Otherwise, they are not real.”

Still, the film is very much on the Jews’ side; Ruzowitzky indicated that every camera angle was shot literally from the prisoners’ point of view, “never over the shoulder of a Nazi.”

Ruzowitzky felt committed to the film, largely because he is “the grandchild of grandparents who were — some more, some less — attached to the Nazi Party and living in a country that still has big problems dealing with its Nazi past.”

Markovics also mentioned contemporary Austrian antisemitism, but he has an even more personal sense of connection to the story: His wife is part Jewish.