Comedy Central Vs. The Jews 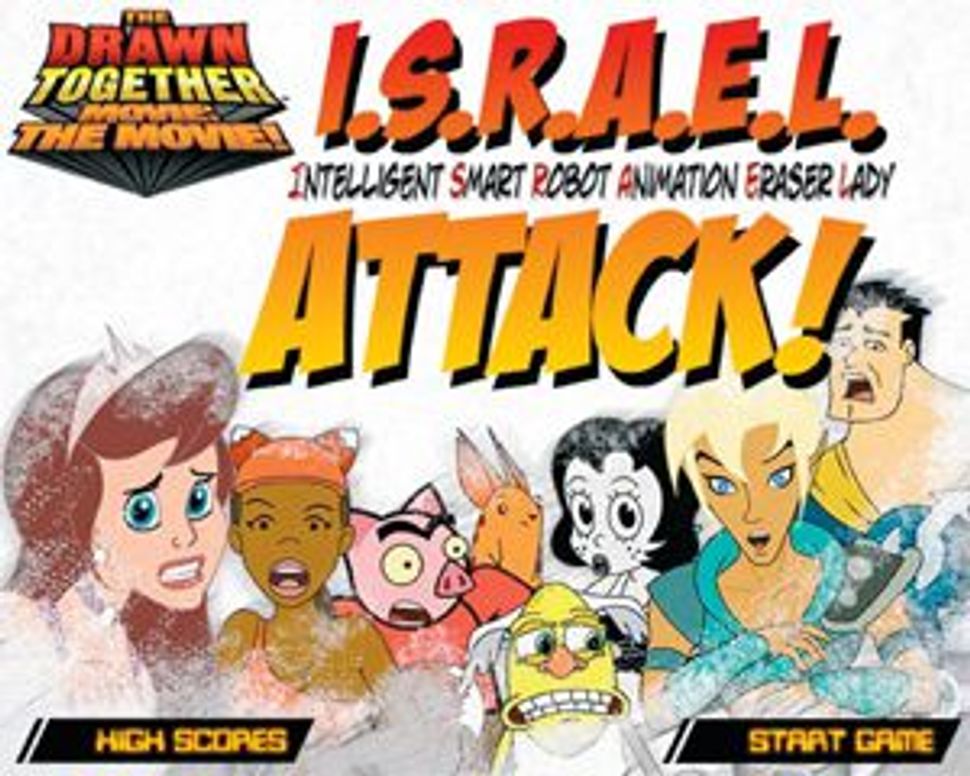 Image by COURTESY OF COMEDY CENTRAL 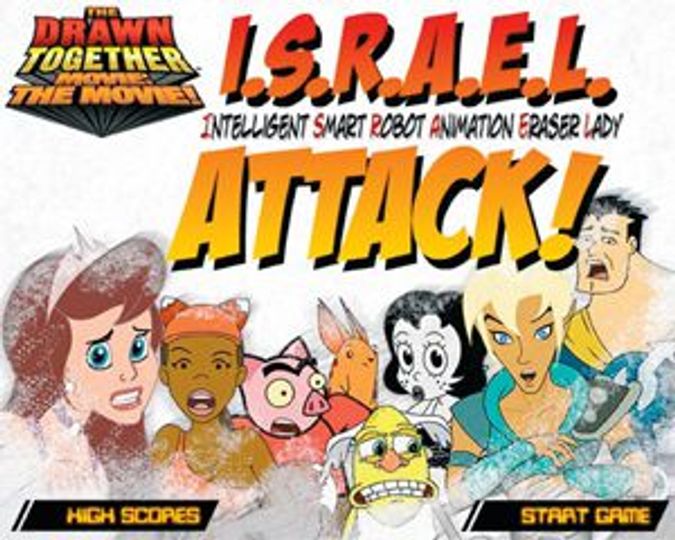 Image by COURTESY OF COMEDY CENTRAL

The game, “Drawn Together,” based on the network’s politically incorrect animated series of the same name, depicts “Jew Producer,” a character that has a speaker for a head and is taken to task for failing to kill certain animated characters. A robot called “the Intelligent Smart Robot Animation Eraser Lady” (I.S.R.A.E.L.) is then sent in to do the job, unleashing destruction and murdering children.

In a letter written to Comedy Central and obtained by the Forward, Abraham Foxman, head of the Anti-Defamation League, wrote: “We agree with complaints that this video game and other video clips and trailers featuring the ‘Jew Producer’ character play into and encourage offensive anti-Semitic and anti-Israel stereotypes. While that may not have been the intent, the fact that your site caters to and potentially influences such a wide audience, including children and young adults, is especially troubling to us.” The letter concludes by requesting that Comedy Central remove the game from its site, or alternatively put it behind a protective wall so that minors cannot access it.

Comedy Central is a critical player in the 18–34 demographic, with such shows as “The Daily Show With Jon Stewart” and “The Colbert Report.”

Simon Plosker, managing editor of HonestReporting, a website that monitors Mideast and anti-Israel bias, told the Forward that he was skeptical when he heard about the game from subscribers to his e-mail list, but after seeing it, was “extremely shocked that something this blatant could appear on a mainstream media network like Comedy Central.”

“While HonestReporting has a subscriber base of some 165,000 people, creating a Facebook group allows us to spread this campaign virally to people that may not normally be involved. A glance at the hundreds of wall posts shows the depth of feeling and a level of engagement that goes beyond simply firing off an e-mail to Comedy Central,” Plosker said.

Comedy Central has yet to respond to the allegations or to requests for the game’s removal.

Comedy Central Vs. The Jews