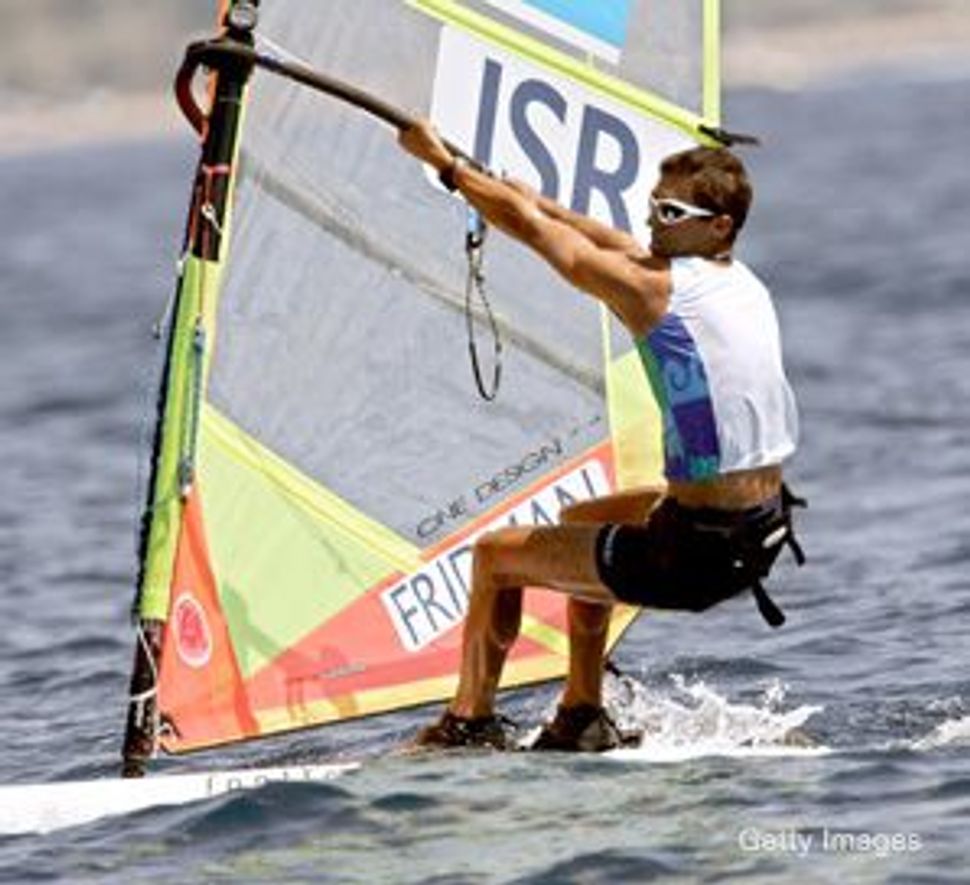 Israel’s only Olympic gold medalist, Gal Fridman, will not go to Beijing this summer to defend his 2004 windsurfing title. Instead, the country’s lone male sailboarder will be 21-year-old Shahar Zubari of Eilat, who secured the right to represent Israel by capturing a bronze medal in January in this year’s World Championships in New Zealand. 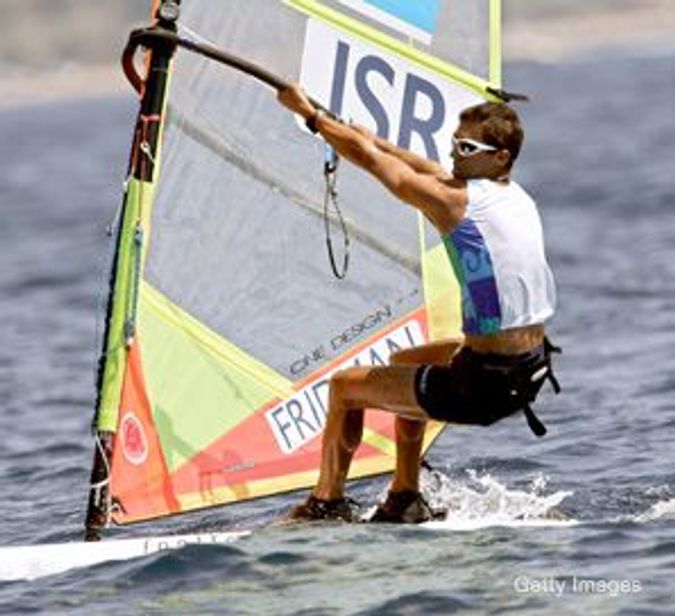 “I don’t know what happened to Gal,” Zubari said of Fridman’s 29th-place finish at the World Championships. “I just know that he was really happy that I beat him in the race for the Olympics, because he knew we’d have a decent chance for a medal.”

On March 2, however, Fridman told The Shmooze that he wasn’t sure he’d be left off the 2008 Olympic team. He said that this would be a question for the Israeli federation. “I’ll know in one or two months,” he said, refusing to elaborate.

For Israeli windsurfers, Olympic qualifying is based on four races: the 2007 and 2008 World Championships, the 2007 European Championships and the Princess Sofia Regatta in Spain, later this month.

Zubari finished in the top 10 at the first three races, while Fridman had not placed higher than 29th and was the third-ranked Israeli each time, behind Zubari and Nimrod Mashich.

Dorith Stierler, secretary general of the Israel Yachting Association, said that Fridman has no grounds for protest and that she could not envision a scenario in which he could compete in Beijing.

Fridman, who also earned an Olympic bronze medal in 1996, was — like all the athletes — affected by the International Sailing Federation’s November 2004 decision to change the sailboarding equipment. Instead of using Mistral equipment, all windsurfers at the 2008 Olympics will compete on a board called the RS:X.

The RS:X is faster and more dynamic than the Mistral. It has a bigger sail and a shorter and wider board, a combination that enables it to move much more quickly in strong winds.

“When the ISAF came out with the new rule, everybody had to learn the new board,” Zubari said. “It opened the door for younger people to do better.”

Zubari said that had it not been for the ISAF’s new requirement, he would have been less likely to make the Olympic team. “I was only on the Mistral for two years,” he explained. Therefore, had the change not been implemented, he “would have had a lot of catching up to do in terms of technique” in order to beat more experienced sailors such as Fridman. “I can’t say exactly we were surprised at Shahar’s achievement, because he worked hard,” Stierler said, noting that some windsurfing fans were not expecting this outcome. “There are always surprises in sport. It goes with the wind.”