The New (Jewish) Face of Rap 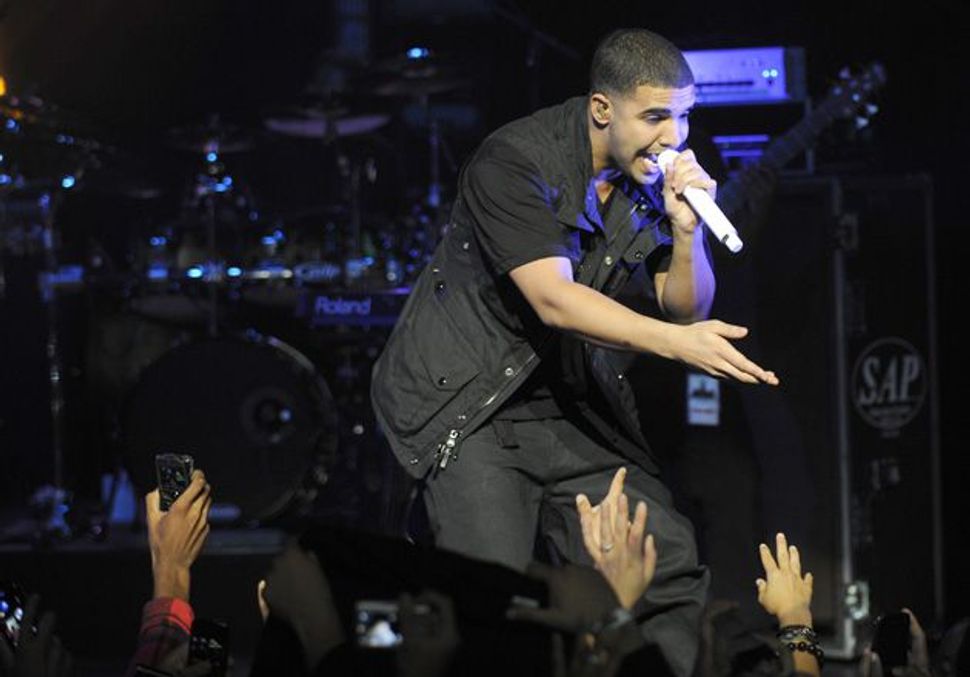 Thank Him Later: Drake, a half-black, half-Jewish rapper who garnered fame and some unlikely friends in the hip-hop community, is making waves with his debut album, ?Thank Me Later.? Image by Getty Images

But Drake (born Aubrey Drake Graham), a 23-year-old half-black, half-Jewish gifted rapper from suburban Toronto, is proving Caramanica and us wrong. The rap star, whose debut album, “Thank Me Later,” debuted June 15, has already made big waves in the hip-hop community and has built a strong fan base. In fact, a free show scheduled for the same day in Manhattan was canceled after thousands of fans showed up and a melee erupted.

Drake, who was raised by his Jewish mother in Toronto, attended a Jewish day school and celebrated his bar mitzvah. “I went to a Jewish school, where nobody understood what it was like to be black and Jewish,” he said in a June interview in Heeb magazine.

But Drake left the Jewish suburb of Forest Hills and his Jewish school after getting his start at 14 on the Canadian Television Network teen drama “Degrassi: The Next Generation” as Jimmy Brooks, a wheelchair-bound basketball player. While filming the show, he recorded two amateur mixtapes on the side and, in 2008, hip-hop star Lil Wayne invited him to join his tour. The two collaborated while traveling, which led to Drake’s third mixtape, “So Far Gone.”

The title song, with the promotional help of Lil Wayne, reached the No. 2 spot on the Billboard Hot 100 and garnered Drake two Grammy nominations in 2010, making him the first rapper to be nominated without producting an album.

Drake’s music has been singled out for his thoughtful, personal lyrics and his undeniable vocal talent, and it has given him the opportunity to collaborate with rappers like Eminem and Jay Z, and even with indie rock artists like Peter Bjorn and John.

And despite his stardom in a music genre that is rarely linked to Jews, Drake has continued to self-identify as Jewish. A December 2009 Vibe magazine cover showed him wearing a diamond studded chai necklace.

The New (Jewish) Face of Rap