The Family That Laughs Together… 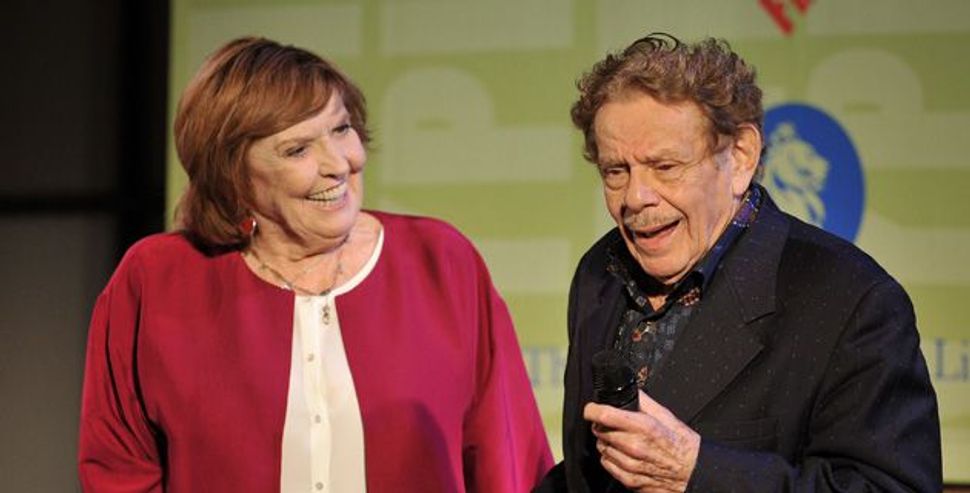 Dynamic Duo: Ben Stiller and his parents, Jerry Stiller and Anne Meara, plan to collaborate on an online current affairs series for the website Yahoo! Image by Getty Images

Where do funny kids come from? In the case of Ben Stiller, some pretty hilarious parents — comedians and actors Jerry Stiller and Anne Meara.

The trio will work together in a family affair later this year to create short webisodes on current affairs for Yahoo! that will be directed by Ben and will star Jerry and Anne, according to an article published in late June in the Guardian.

“Ben had a great idea, he started to talk to us and it was a good fit with Yahoo!,” Elisa Steele, Yahoo’s chief marketing officer, told the Guardian. “We intend to launch the show before the end of the year.”

Each of the webisodes of the yet-to-be-named series will run about 10 minutes and will focus on the trio’s entertaining take on the day’s news.

Jerry and Anne, now 83 and 80, respectively, have two grandchildren but aren’t your typical Jewish grandparents. Having started as a comedy duo in the 1960s and ’70s, they performed on such variety shows as “The Ed Sullivan Show” and in 1986 co-hosted a short-lived program called “The Stiller & Meara Show.”

But Jerry is perhaps best known to younger generations as George Costanza’s irascible Jewish-style father, Frank, on the hit sitcom “Seinfeld.” Anne, who converted to Judaism six years after marrying Jerry, also used her Jewish humor in her career, serving as a consulting director on “The J.A.P. Show: Jewish American Princesses of Comedy,” a 2007 off-Broadway production.

The Yahoo! miniseries won’t be the first combined venture for the comedic family. The trio collaborated on the film “Zoolander” in 2001. We can only hope the Yahoo! show will provide us with as many laughs, and perhaps a couple of Jewish jokes.

The Family That Laughs Together…