Forward Building Returns to Its Roots 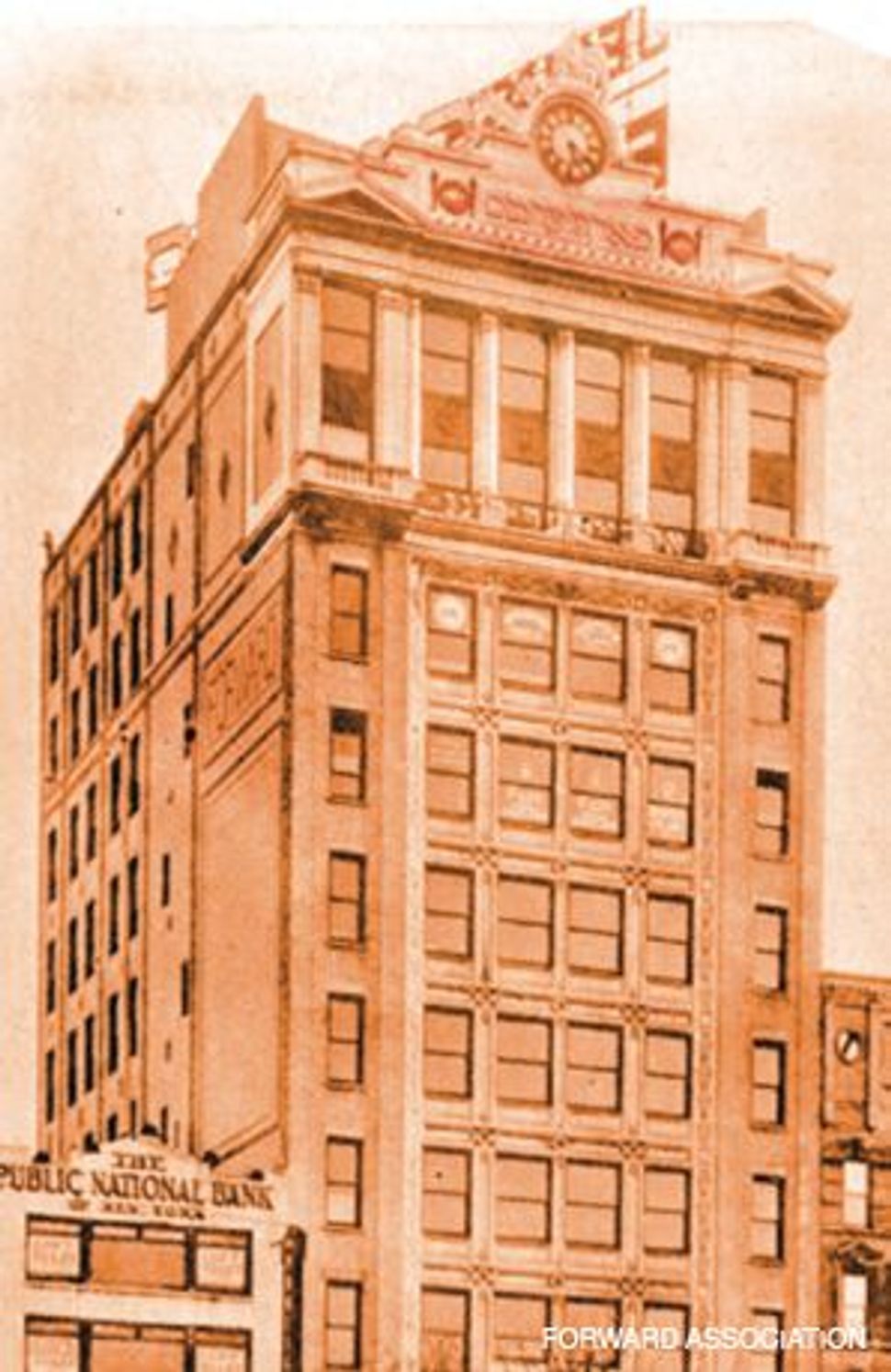 For more than six decades, the Forward building — home to this newspaper from 1912 to 1974 — was an epicenter of Jewish intellectual life and Yiddish culture. Today, the Lower East Side landmark and erstwhile socialist stronghold is better known for its multi-million dollar condos and celebrity buyers such as Spike Jonze and Tatum O’Neal. On March 21, however, the building will be returning to its roots. 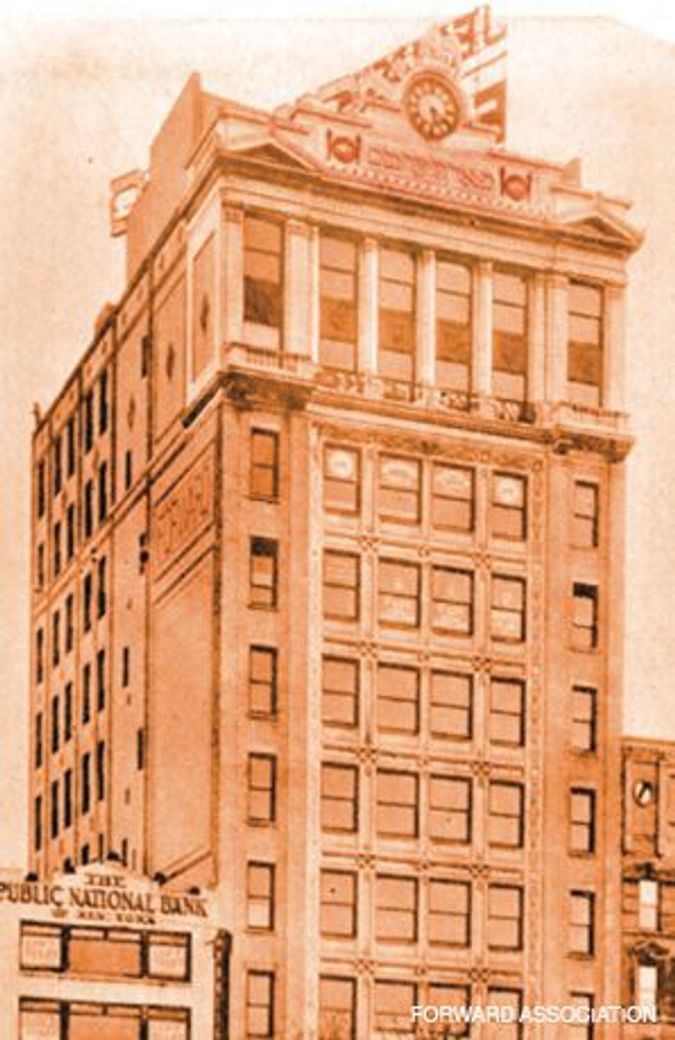 The Accompanied Literary Society is hosting a night of Jewish culture in the building’s still unsold penthouse, with literary readings and klezmer tunes from the Zagnut Cirkus Orkestar.

“We wanted to have the space reflect the atmosphere of the books without being depressing,” the society’s founder Brooke Geahan told The Shmooze. “I’ve always loved the Forward building. I think it’s definitely the crowning diamond in the rough of the Lower East Side.”

The event will feature readings by Arnon Grunberg, author of “The Jewish Messiah,” a satire about a man whose family was connected to the Nazis and decides he must atone for the suffering of Jews, and Victoria Redel, who wrote “The Border of Truth,” a novel about a woman who tries to uncover the secrets of her father, a Holocaust survivor. Architect James Sanders will speak about the history of Jewish New York. Some 200 guests are expected to attend the private affair.

Forward Building Returns to Its Roots