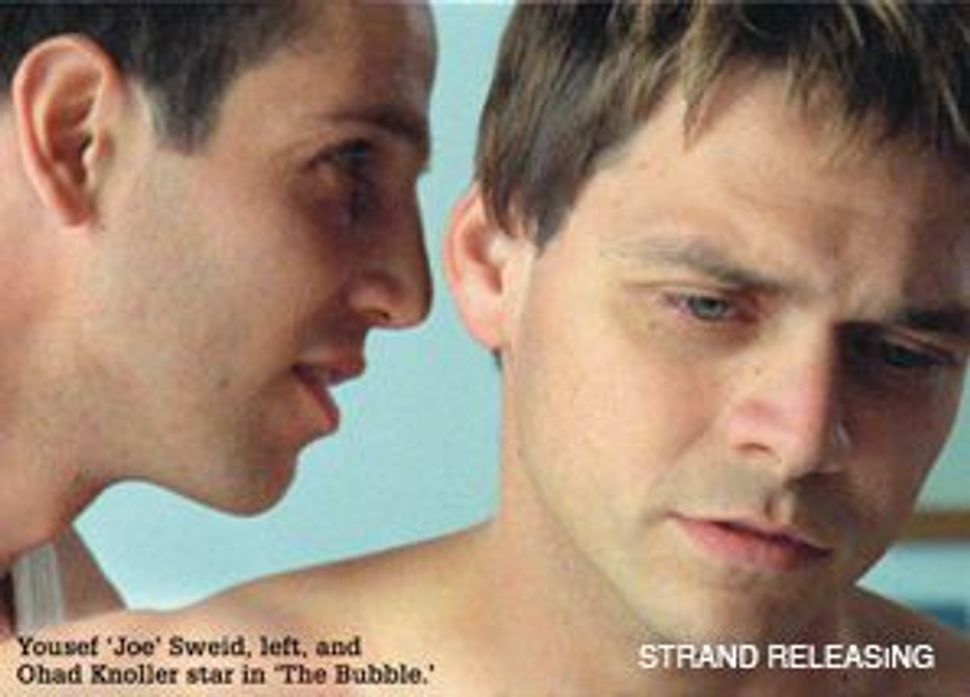 The Academy Award-nominated “Beaufort” may not have brought home an Oscar, but another Israeli film has garnered an award from one of America’s leading gay advocacy groups. “The Bubble” — written by Eytan Fox and Gal Uchovsky — was recently honored by the Gay & Lesbian Alliance Against Defamation, which gave it its award for outstanding film in a limited release. Set in Tel Aviv, the movie focuses on the lives of four 20-somethings and tells the Romeo and Juliet-esque story of two men — an Israeli soldier and a Palestinian — who fall in love. 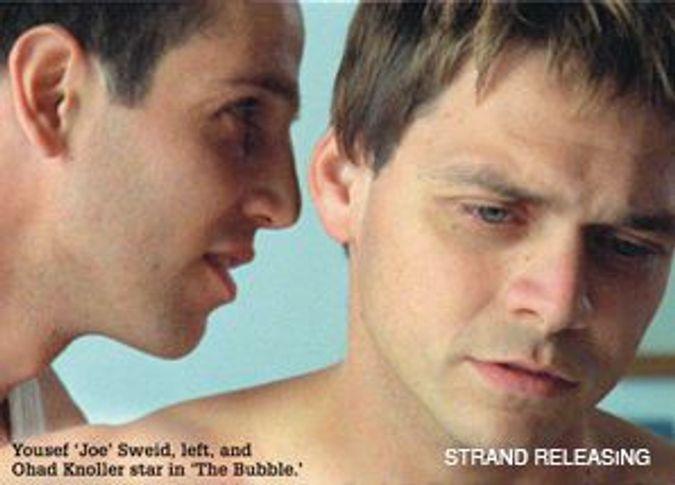 “It gives a great look into life in Tel Aviv and the kinds of things that the community faces there,” said Marcus Wu, co-president of Strand Releasing, the company that distributes the film. “I think it’s a tale of universal relationships.”