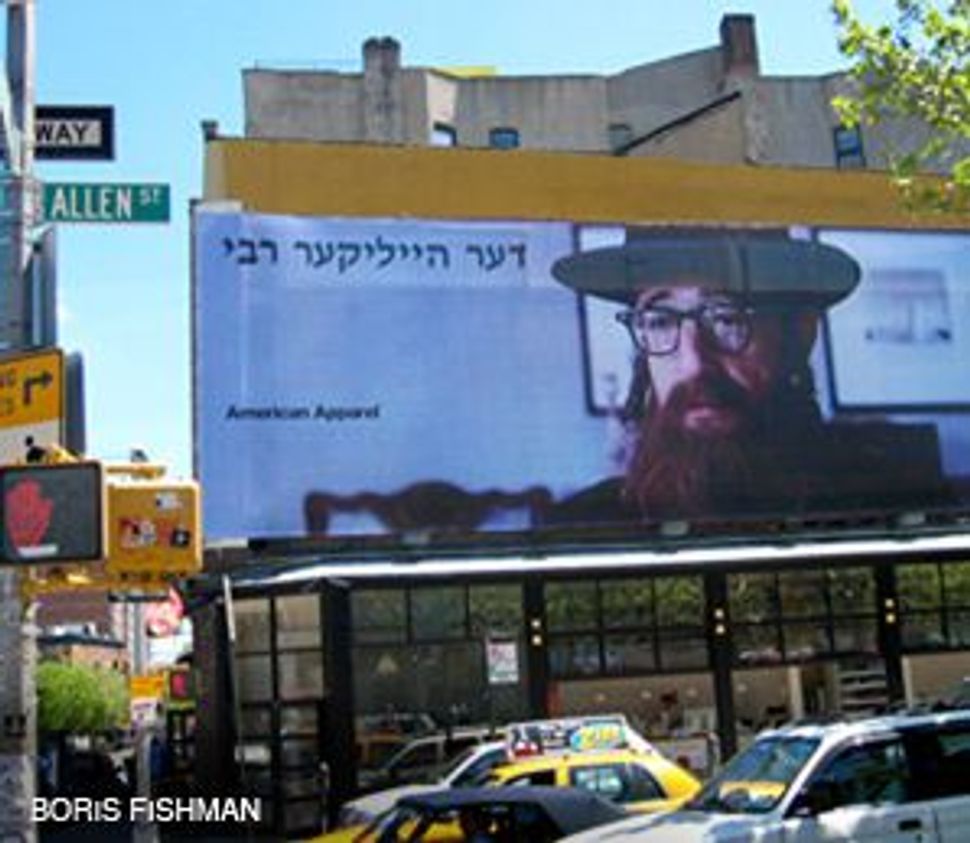 CRIMES AND MISDEMEANORS: The filmmaker is suing a clothing company over billboard ads.

The holy rebbe is not happy. 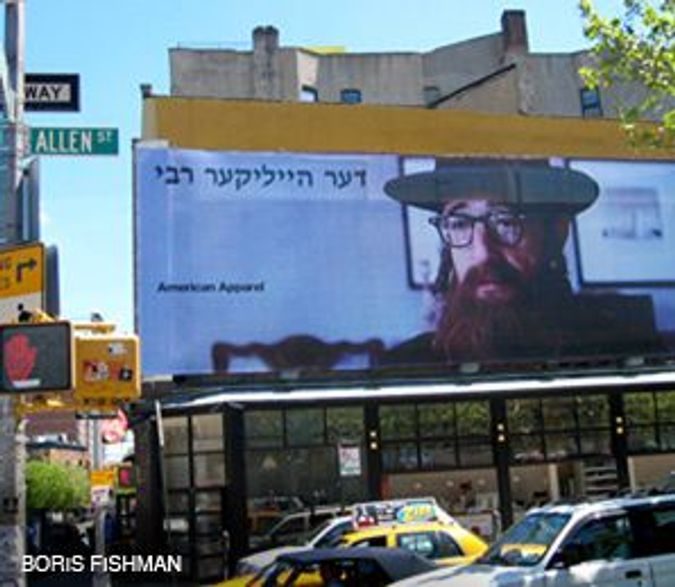 CRIMES AND MISDEMEANORS: The filmmaker is suing a clothing company over billboard ads.

The billboards, in Los Angeles and New York, featured an image of Woody Allen dressed as a Hasidic Jew from his masterpiece “Annie Hall,” alongside Yiddish script that read “der heyliker rebe” (“the holy rebbe”).

“Woody Allen is our spiritual leader,” an American Apparel representative explained to the Forward at the time.

Only one problem: It seems American Apparel didn’t get Allen’s permission first — and so the ads came down as quickly as they went up.

Now, the nebbishy moviemaker is getting even: He’s filed a $10 million lawsuit in federal court against the edgy shmatte seller.

American Apparel has since apologized to the filmmaker, though it insists that the billboard was not intended to sell clothing but was rather “social parody.”