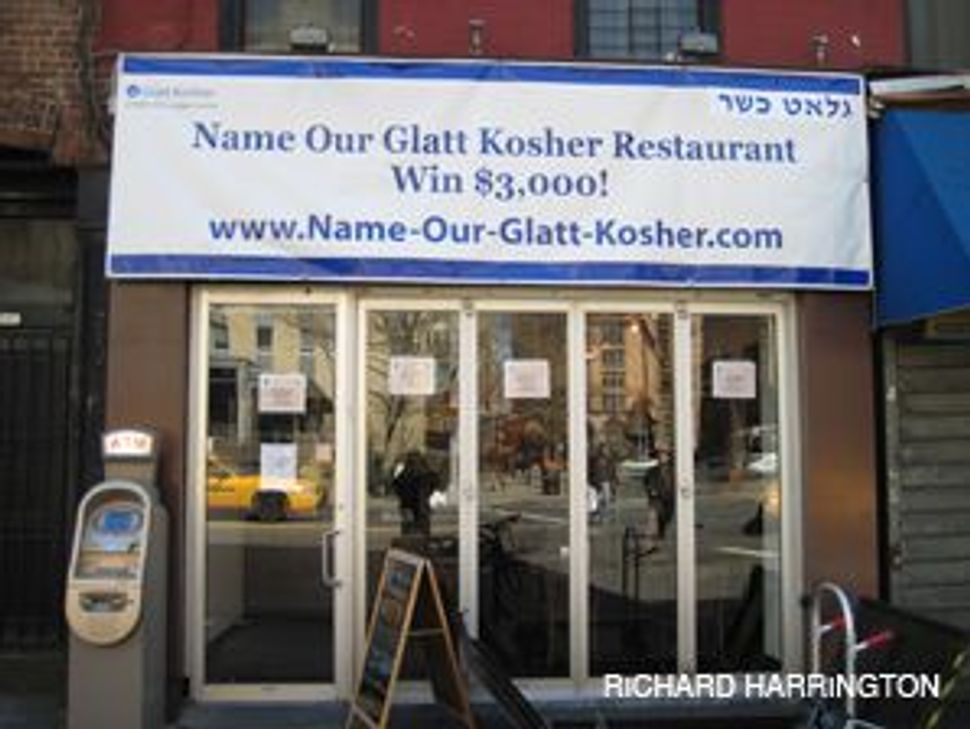 What?s In a Name?: The new glatt kosher restaurant is holding a naming contest.

There’s a new glatt kosher falafel joint in Manhattan’s East Village, but we can’t tell you what it’s called. That’s because, though it’s been open for a month, it won’t have a name until someone wins the Name Our Glatt Kosher Restaurant contest. 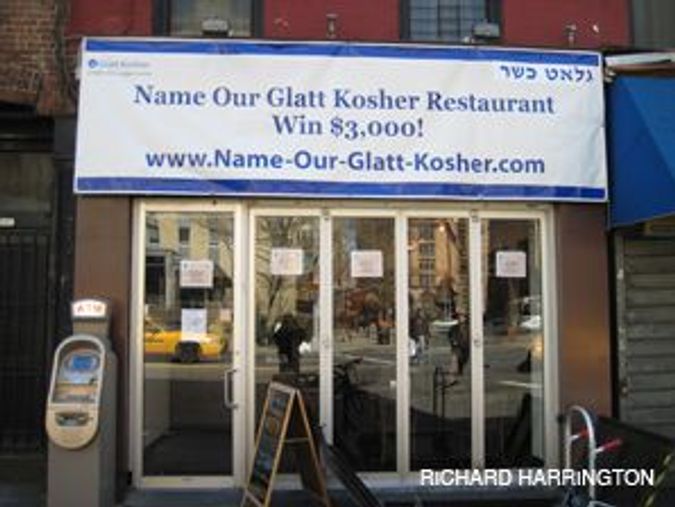 What?s In a Name?: The new glatt kosher restaurant is holding a naming contest.

The eatery, which bills itself as one of the only glatt kosher establishments in the neighborhood, serves shawarma, falafel and other classic Mediterranean street fare. But its owner is offering an even tastier treat to the person who can come up with the best name for the restaurant: $3,000 in cash (and, according to a press release, “bragging rights”).

Nissim Oron, the restaurant’s owner, said that nearly 7,000 contest entries have already been received. “We’re going to choose at the end of April,” he said. Oron declined to reveal any of the entries, but according to New York magazine’s food blog, Grub Street, suggestions have included Gentle Lentil, Glat-o-Mat, Hummuscidal and, yes, Your Mother Eats Falafel Balls.

If a name contest for an East Village falafel place sounds familiar, that’s because Oron held an almost identical contest four years ago, when he opened the popular Middle Eastern chain ultimately named Chickpea. Oron later sold the Chickpea franchise but held on to one of its storefronts, where he has opened the new glatt kosher falafelry.

Now all he needs is a new name.