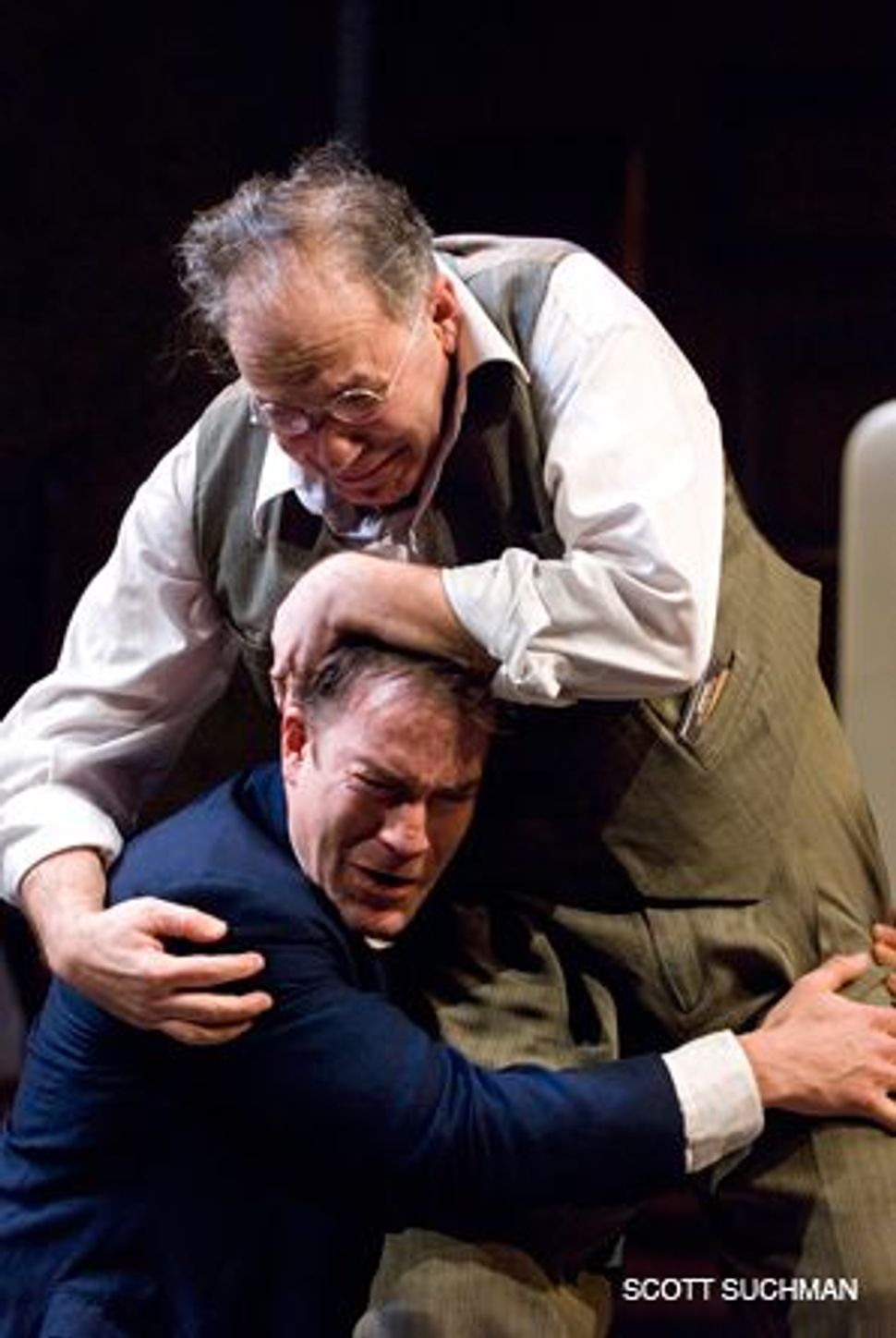 THE DRAMA: Rick Foucheux and Jeremy S. Horn in Arena Stage’s ‘Death of a Salesman.’

Yarmulkes are the new black in performances of “Death of a Salesman.” Inspired by the 1953 play, Traveling Jewish Theatre’s recent production of Arthur Miller’s Pulitzer Prize-winning show featured Biff, Happy, Bernard and Charley wearing skullcaps at Willy Loman’s funeral. Biff and Happy, however, removed theirs immediately, “so it was very brief, as if they had to wear them for the ritual,” explained Aaron Davidman, artistic director of TJT. 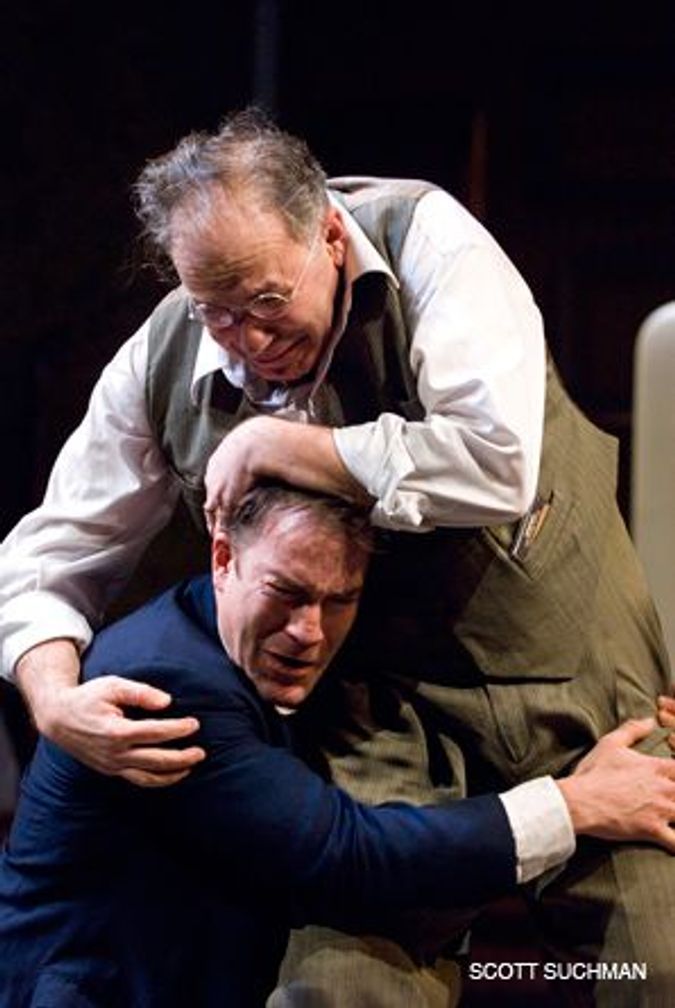 THE DRAMA: Rick Foucheux and Jeremy S. Horn in Arena Stage's 'Death of a Salesman.'

If the responses TJT received are any indication, the current production of “Death of a Salesman” at Arena Stage in Virginia, which features bareheaded Happy and Biff but yarmulke-clad Bernard and Charley, will be a mixed bag. The San Francisco Chronicle and The Jewish News Weekly of Northern California applauded Davidman’s interpretation, while Chloe Veltman panned it in SF Weekly. “The play’s about as tied to the Talmud as is Madonna,” Veltman wrote. “It takes more than thick-as-brisket Brooklyn accents, a couple of perfunctory ‘oy veys!’ and some yarmulkes to convince us of its Jewishness.”

But as TJT captured “the inherent Jewish identity of the Loman family and of Bernard and Charley,” Arena creates a gulf between the two families. “We speculated that Willy might be Jewish but is not a practicing [Jew]. But Charley and his family are,” said Mark Bly, senior dramaturg at Arena. Timothy Bond, who directs the Arena production, said he is unfamiliar with the TJT version. Bernard and Charley wearing yarmulkes “shows their observance of their religion in contrast to Willy’s assimilation,” Bond said. “In the mid-20th century, part of the American Dream was losing one’s ethnicity and religion to become just American. Through Bernard and Charley, I wanted to show that they are American because of their cultural and religious identity.”

Davidman disagreed. “I think it’s a stretch to say that Bernard and Charley are ‘practicing Jews,’” he said. “There is nothing in the text to support that.”