T-shirts Fit For a King 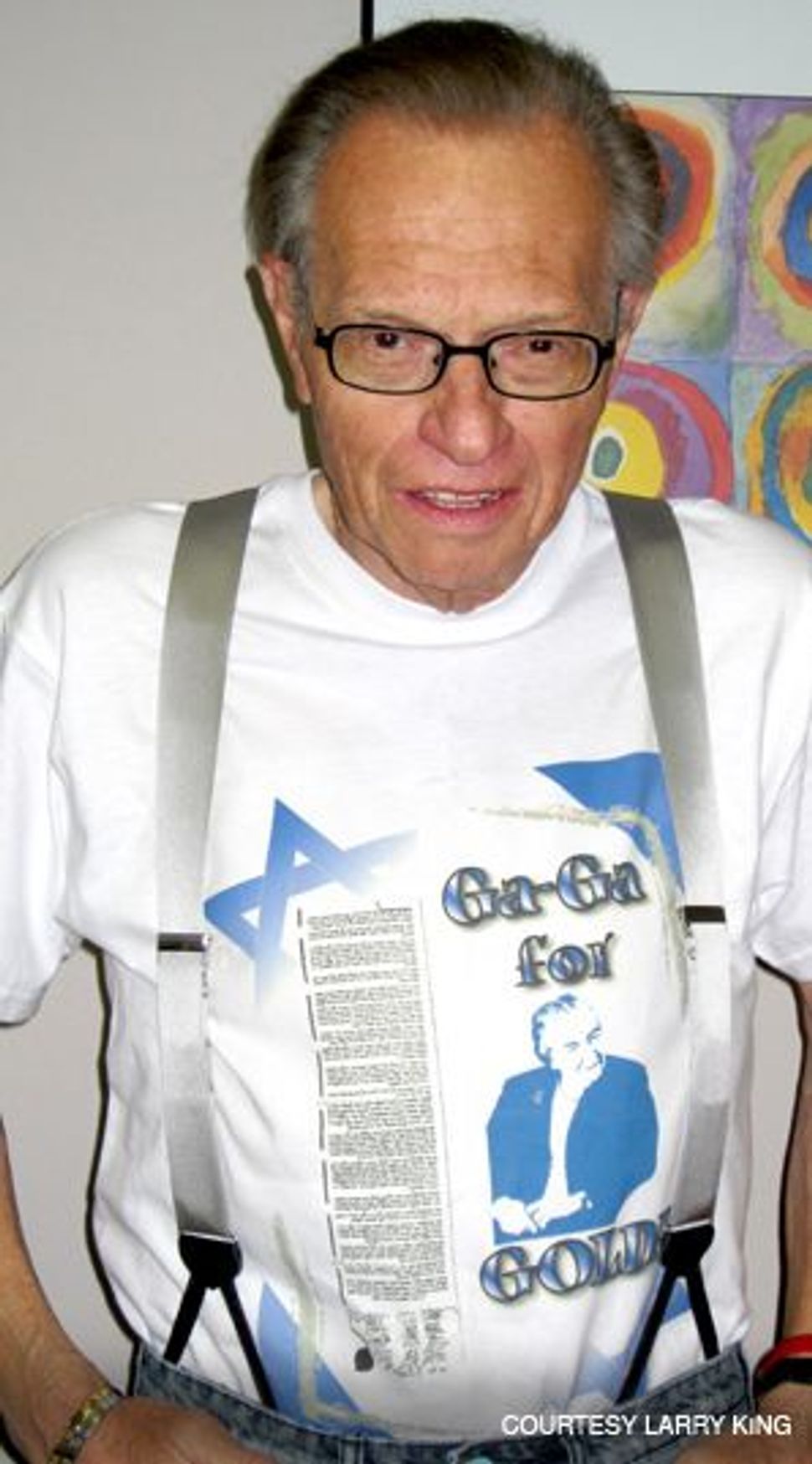 If you’ve always wanted to wear an outfit emblazoned with the face of David Ben-Gurion, now’s your chance. In honor of Israel’s 60th birthday, a new line of T-shirts — featuring the mugs of figures from Israeli history alongside Israel’s Declaration of Independence — has been launched. The company, Ga-Ga for Israel, has recruited a number of celebs, including Larry King, Jackie Mason, Cindy Margolis and Valerie Harper, all of whom pose proudly, in full Ga-Ga gear, on its Web site, www.Israelturns60.org. 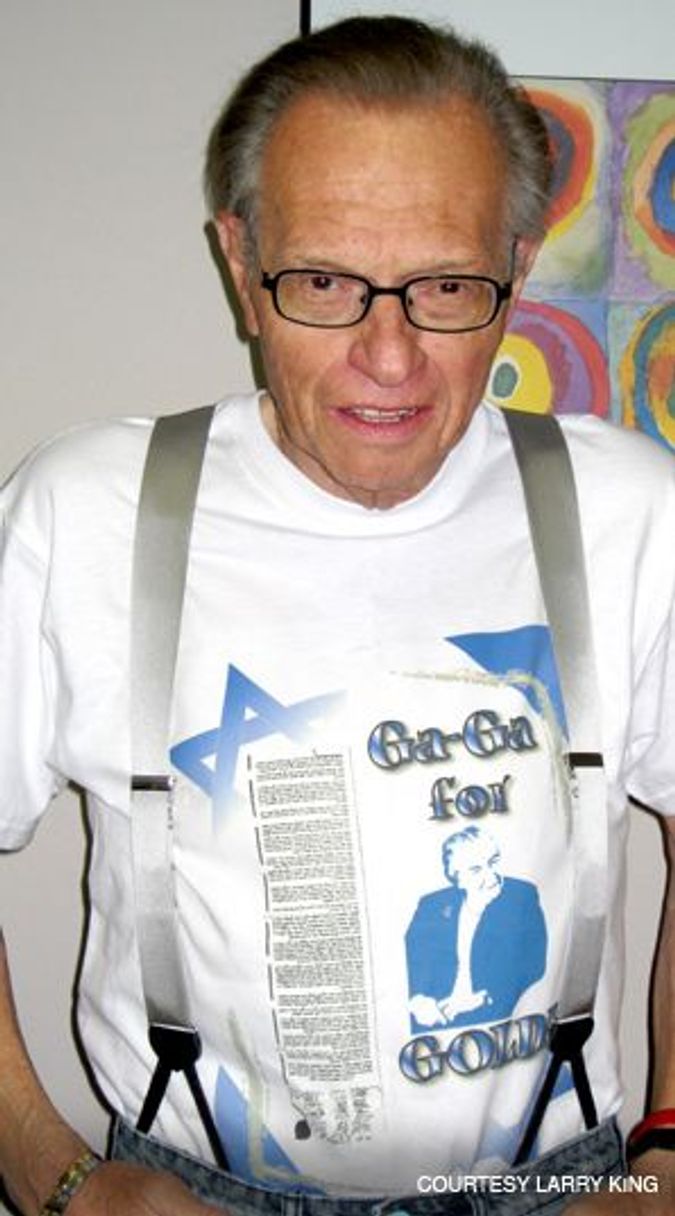 And if Ben-Gurion isn’t quite your style, Golda Meir, Moshe Dayan, Ariel Sharon and Benjamin Netanyahu are also available. A percentage of the proceeds is donated to One Family Fund, an organization that provides assistance to Israeli victims of terrorism.

T-shirts Fit For a King