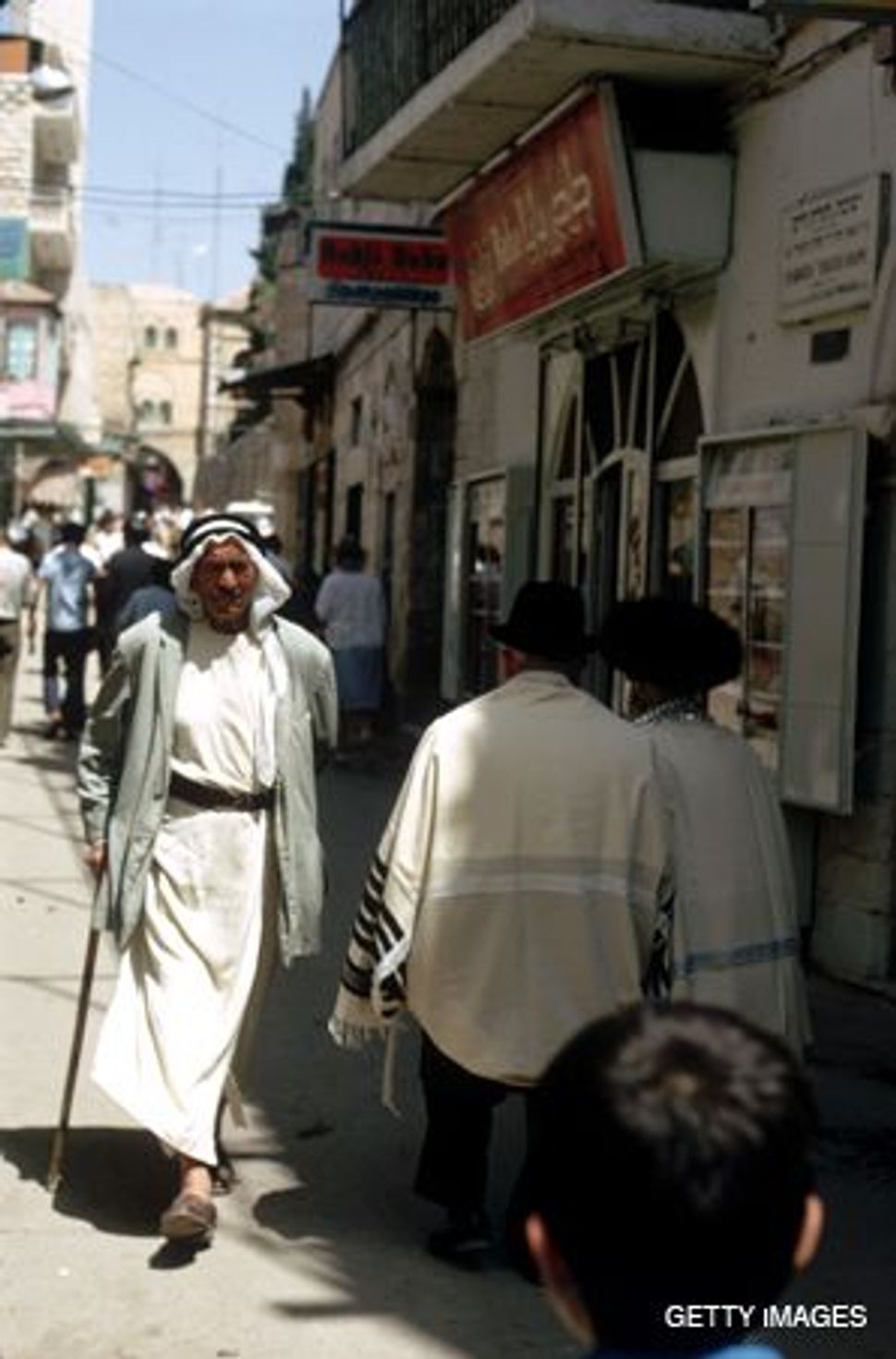 THE JEWISH STATE?: Arab citizens make up a fifth of the Israeli population. 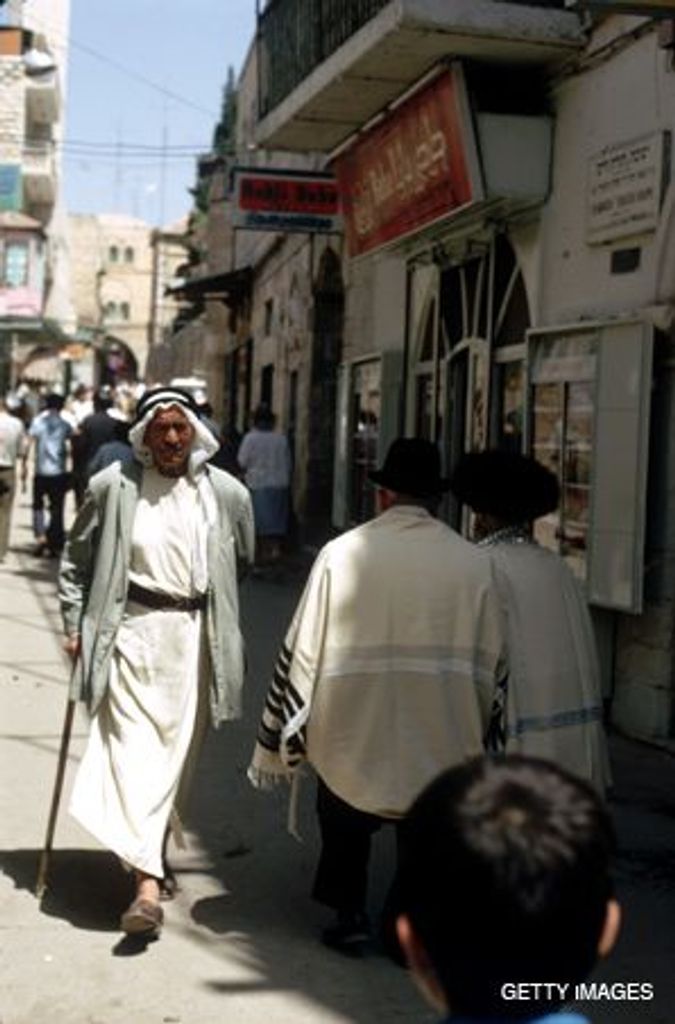 THE JEWISH STATE?: Arab citizens make up a fifth of the Israeli population.

It is a culture war with roots in the immediate aftermath of the Six Day War of June 1967. Israel’s seemingly miraculous victory excited an emotional, almost ecstatic fervor among Jews in Israel and around the world. To many, the Jewish state suddenly seemed not just a cultural revolution or haven for the oppressed, but a sign of God’s favor. Diaspora Jews who previously viewed Israel through distant, vaguely skeptical eyes could now embrace it as an extension of their religious faith. Even more profound was the war’s impact on Orthodox Jews in Israel.

To many in Israel’s religious Zionist community, the capture of the biblical hills of the West Bank confirmed their belief that Israel’s birth was a step toward messianic redemption. Religious faithful flocked to the new territories to set up settlement outposts that would secure Israel’s claim to the land and bring redemption closer. The old institutions of settlement, which had once been deployed to bring in refugees after 1948, were tragically waiting for them — and for a new mission. Together, settlers and Diaspora faithful were creating a new Zionism that was poles apart from — indeed, arguably the obverse of — the original Zionism of Israel’s founders.

Zionism had made many claims, but the most compelling was simply that Jews should embrace modernity without having to assimilate into the societies around them. In the 1880s, millions who lived in the tsarist Pale of Settlement were migrating — voluntarily or by force — to such industrial cities as Odessa and Bialystok and from there, westward. Young Jews were exposed to enlightenment ideas: individual freedom, the secular nation, scientific doubt. Rabbinic authority came to seem stifling to some of them.

Yet, just one generation removed from the shtetl, most spoke Yiddish and had a purchase on liturgical Hebrew. They grasped at the modern with traditional Jewish heroes, myths, aphorisms. They lived by the classical religious calendar, even when they rejected Jewish law. So the idea of losing the cultural richness to be mined from Jewish “history” — another enlightenment word — seemed painful, at least for a vanguard minority. The danger was not that Europeans and Americans would not let Jews integrate, but that they would.

The Zionist answer was very sophisticated, which is why it appealed to so few. Jews would have to become a modern nation: a people speaking its own language, living on its own land and growing emotionally by taking on the practical responsibilities of political power. And it was in this spirit that pioneers came to Palestine, to develop the nation’s cultural DNA. Jews who were mainly concerned about escaping the pogroms — more than 98% of emigrants, in fact — went to Western Europe and New York. The builders of the national home envisioned a place in which individual Jews would ask scientific, erotic, theological and artistic questions in Hebrew. Eventually — so this small minority believed — Jews would compete with the confidence of “normalcy”: absorb what was best about other cultures, and share what was worth keeping of classical Judaism.

That Israel remains the custodian of Zionism’s revolution is inarguable: It has renowned scientists, global entrepreneurs, writers — all working in Hebrew. Like most Israeli Jews, almost half the members of Israel’s Arab minority take Hebrew modernism so much for granted that they say they feel “closer” to Jews than to Palestinians. And yet, Israeliness — the larger product of Hebrew enlightenment, which you’d think would be revered by now — has few public defenders in Israel’s leadership. Instead, a 40-year occupation, too often justified by a haunting European genocide, has engendered three curiously complementary challenges to Zionism’s original version of itself.

First, the West Bank settlers and the national- and ultra-Orthodox define the Jewish state as a rabbinic theocracy, materially and legally privileging Jews who pass halachic tests. They hate Israeliness, they say, which threatens Jewish election and divine legitimacy. Ask them “Why Israel?” and they quote Psalm 137: “If I forget thee, O Jerusalem, let my right hand forget her cunning.” (They do not quote, but would not be embarrassed by, the last line of that iron-age psalm: “Happy shall he be, that taketh and dasheth thy [enemies’] little ones against the rocks.”)

Diaspora Jews present a corresponding challenge. At one time, Israeli elites condescended to them, believing they were missing out on the adventure of a lifetime. Today, American billionaires and Russian oligarchs are buying up Israeli media and football teams, while funding conferences, colleges and think tanks — advancing the only version of Israel they can really understand: a garrison state for world Jewry, a counterpart to their synagogue congregations, a world Jewish convention to which they are super-delegates. They feel useful, even heroic, warning against “existential” threats: global antisemitism or Iranian jihadism. They are, in short, deep pockets for the Israeli right.

Finally, and most ironically, this reactionary idea of Israel as the embodiment of Jewish religious exceptionalism is making more and more sense to Israel’s Arabs, who otherwise have sought to integrate into Hebrew civil society. When West Bank settlers say, absurdly, that if Jews have no claim to Hebron then they have none to Tel Aviv, Israeli Arabs increasingly agree. No Tel Aviv, they say, or at least no Jewish state.

Rather, Israeli Arabs are coming around to the idea of a single state “for all religions.” (Presumably, public business would be conducted in a nicely accented English.) The Arab world more generally has assumed what the settlers imply, that Judaism is a religion disdained in the Christian West, which imposed Israel on Palestine because of guilt. The occupation, both groups allege, has betrayed Israel’s true nature as an expanding religious colony. The idea that modern Jews need a democratic national home — to transcend their religious Orthodoxy and develop their cultural distinction — seems radical all over again.

This is not an academic point. In the current climate, these revised versions of Israel imply a fight to the finish with Arabs. One-quarter of Israeli first graders are Orthodox, one-quarter are Arab. You don’t have to be a prophet to see where the children of Israel are heading. In contrast, for Israelis to argue with conviction for a two-state solution — shared Jerusalem, civil rights, integration of Israel and Palestine into a global system of federated democracies — their leaders need to keep the flame of Hebrew enlightenment alive. Who will carry this flame, when doing so means precipitating a Kulturkampf that will divide the country and alienate foreign Jews?

Which is not to say the flame has been extinguished, only that its public celebration has been dampened just when it is most needed. “If I forget thee, O Jerusalem/ Let my right forget,” Israel’s great poet Yehuda Amichai writes; “Let my right forget, and my left remember…. My love will remember/Will open her gate, will close my window.” His dream was not the psalmist’s. It was the chance to gloss the psalmist, to live where privacy is assured and pluralism safeguarded — where love for Jerusalem might be replaced by love in Jerusalem. A few years ago, this seemed not a dream but a plan. And now?

Bernard Avishai blogs at BernardAvishai.com. His new book, “The Hebrew Republic: How Secular Democracy and Global Enterprise Will Bring Israel Peace at Last,” has just been published. Sidra DeKoven Ezrahi is professor of comparative literature at the Hebrew University of Jerusalem, a 2007 Guggenheim Fellow and the author of the book “Booking Passage: Exile and Homecoming in the Modern Jewish Imagination, ” published in 2000.

Sidra DeKoven Ezrahi is professor emerita of comparative literature at the Hebrew University in Jerusalem, and lives part-time in New Hampshire with her husband, Bernard Avishai. Her most recent publication is Figuring Jerusalem: Politics and Poetics in the Sacred Center (University of Chicago Press, 2022).