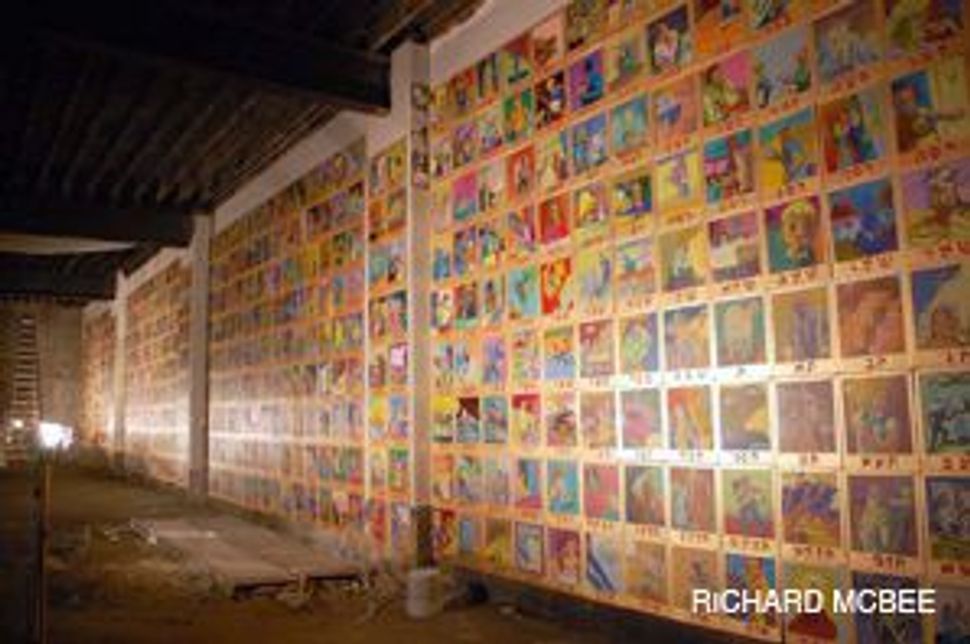 GRAND GESTURE: Archie Rand?s work of art, ?The 613,? depicts all the commandments of the Torah.

About six years ago, artist Archie Rand was musing on the question of the love of God. 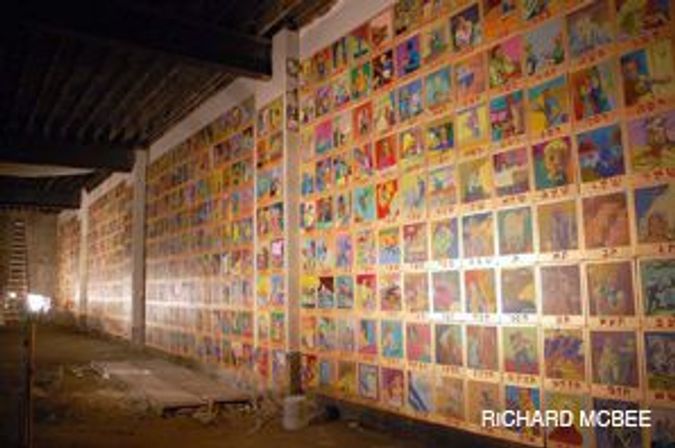 GRAND GESTURE: Archie Rand?s work of art, ?The 613,? depicts all the commandments of the Torah.

“I’m sitting with a friend of mine and I said, you know, there’s something about the relentlessness of affection,” Rand said. “And I said, John Coltrane was very grateful to God, and said so. And then he made these enormous pieces that were tremendously influential.”

The conversation led Rand to begin his mammoth painting “The 613.” Created with vivid colors in a style similar to 1950s pulp novels and comics, it is made up of 613 individual canvases attached to a wall with pushpins. Rand, a professor of art at Brooklyn College, worked on the piece intermittently from 2001 through 2006.

“You know, basically the way I see God is that God is a receptacle for gratitude, otherwise you have no place to put it… Even if you’re not a religious or observant person, it’s a good thing to have in your back pocket.”

“I’m not an observant person,” Rand noted. “I just thought this was an interesting thing to do.”

“The 613” will be shown for one day only, May 18, in a warehouse in the Cobble Hill section of Brooklyn.