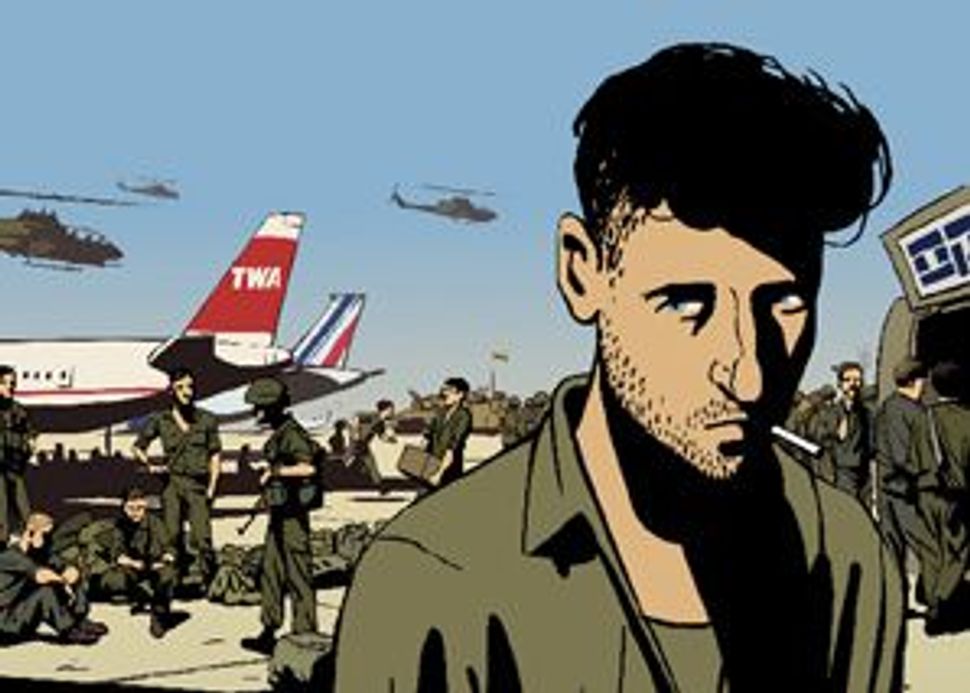 Director Ari Folman couldn’t take his plane back to Israel as planned. He had to stay longer at the Cannes Film Festival because of the intense interest in his animated documentary, “Waltz With Bashir.” 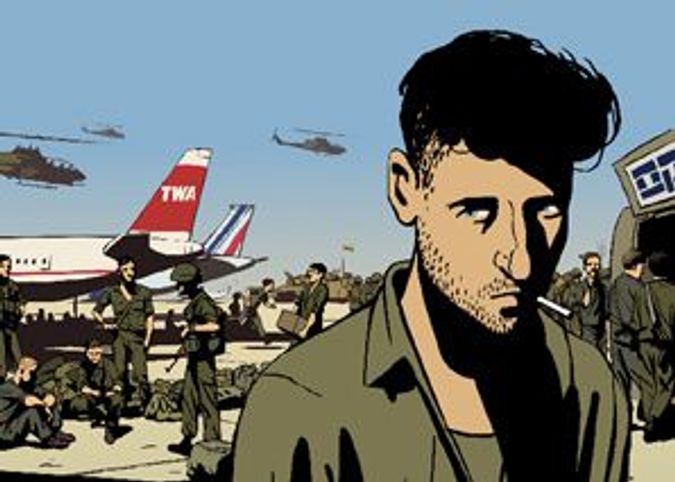 “It’s unbelievable to be here,” he told The Shmooze. “We had no clue where we were going with the movie.”

Now one of the buzzed-about favorites for the Palme d’Or, Cannes’s top prize, “Waltz With Bashir” chronicles — in cartoon form — Israel’s 1982 war against Lebanon. The title refers to the assassination of Lebanese president-elect Bashir Gemayel, which led to the massacres in Sabra and Shatila.

“Waltz With Bashir” continues a Cannes trend that began last year with “Persepolis,” another work that highlighted the horrors of war through animation.

Folman embraced the idea years ago. “There is no other way to make the film,” he said.

Folman was a 19-year-old Israeli soldier during the 1982 conflict, and he said that his memories of it dissipated as the decades rolled by.

When a friend who was a veteran of the war kept having the same nightmare night after night, Folman decided to dig into his own subconscious, with the help of soldiers who fought with him. In the film, he travels the world to interview these soldiers while trying to reconstruct the true events of his own combat experience. But he said he didn’t want to tell the story by showing men in their 40s talking in front of a camera. Sketched moving images let him go much further, while providing an emotional buffer.

“I grew up in a private school in Haifa, disconnected from the Israeli society in many ways, and then I joined the army in a very rough unit,” he explained.

Beyond the magnificent images and music, Folman, the father of three young boys, said he is conveying a simple message: “All war is useless.”