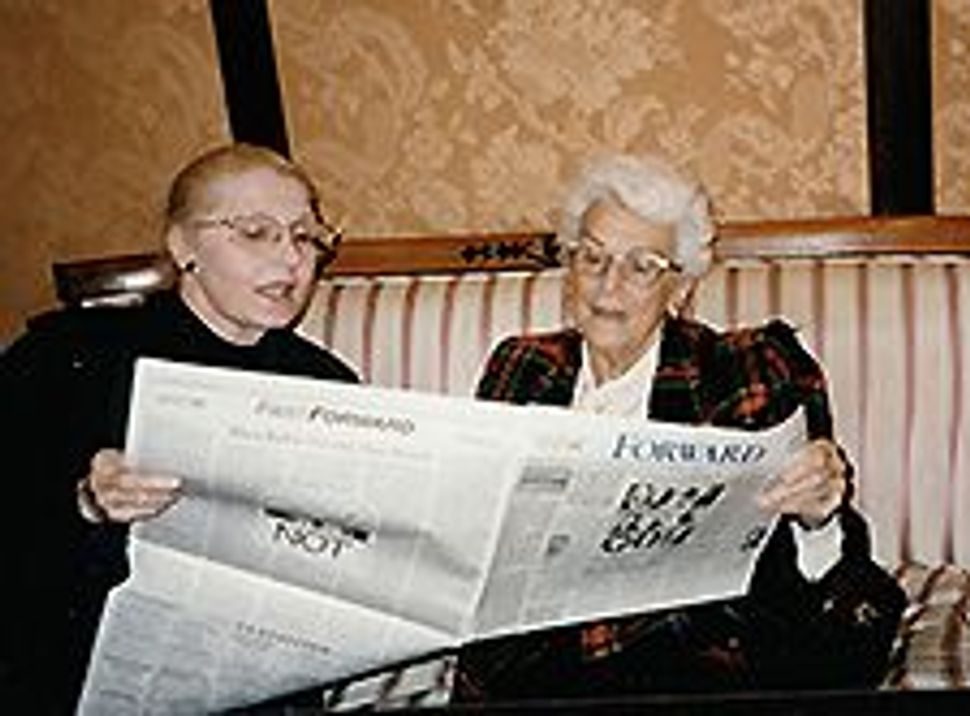 I met Tullia Zevi, who died in Rome on January 22, at 91, when she came to New York for the October 7, 1996, Appeal of Conscience Foundation dinner honoring then prime minister of Italy Romano Prodi. She invited me for tea at Hotel Elysée, the East Side boutique hotel where she was staying. Since I had visited Rome two months earlier, our conversation focused on the current status of the Italian-Jewish community. “We are not as prominent as we had been before World War I, when there were nine Jewish senators, but our influence image still is stronger than our numbers (35,000,) and we are very visible when it comes to opposition to racism and xenophobia,” she said. Zevi boasted: “More than 4,000 Italian Jews, about 10% of the Jewish population, have made aliyah to Israel. That would be the equivalent of some half a million American Jews making aliyah…. For 2,000 years, Jews in Italy have maintained a golden mean with a benevolent Modern Orthodoxy where all shades are allowed, free from schism and a ‘home’ you could leave, and to which you were welcomed back with joy. We are eager to preserve this quality.” Then, with edge, she said: “But the new winds of fundamentalism threaten the preservation of our precious heritage. And now the Lubavitchers have come from Brooklyn… to teach us — after 2,000 years — how to be Jews!” 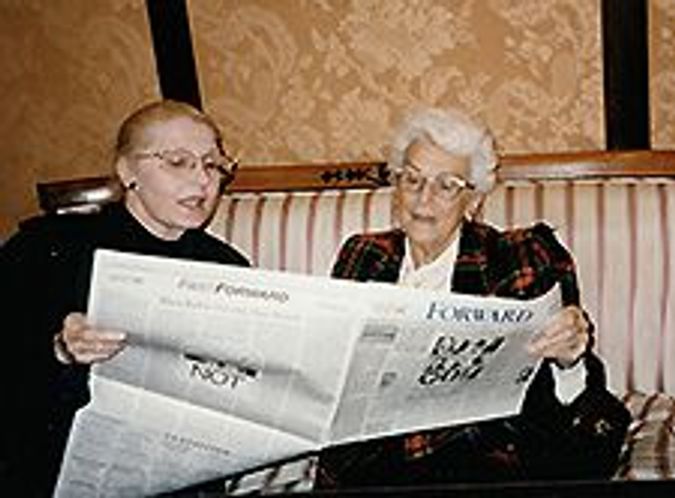 I told Zevi about my recent meeting in Italy with Rome-based journalist Ruth Ellen Gruber, who spoke of the “remarkable new pride among young Italian Jews who look toward Eastern European Jews and their culture as role models.” Gruber explained that “klezmer music is ‘in,’ and that at a recent Venice Festival, “the most popular Jewish performer was Ovadia,” who learned Yiddish from a Lubavitcher. Zevi smiled. But what got her laughing out loud was my mention that during an earlier trip to Rome, as we walked through the Coliseum, the Italian guide informed our group that “the Coliseum was built by 70,000 Jewish volunteers!”

Holocaust Survivor-Authors Recount Their Stories at Polish Consulate in N.Y.

On January 27, in conjunction with International Holocaust Remembrance Day, the Polish Consulate in New York hosted a panel discussion called “Holocaust Stories — Seven Holocaust Survivors, Authors of Autobiographies, Looking Back on Their Narratives.” As moderator of the panel, when I was told that each panelist was allotted but six minutes of speaking time, my explanation to the audience was, “The Poles and the Jews are known for doing the impossible.”

The evening, which included remarks by the consul general of Poland in New York, Ewa Junczyk-Ziomecka, the evening was as memorable for its brevity as for the range of mind-boggling survivor stories. What illuminates the memoirs is the authors’ respect and love for parents and family, the extraordinary role that mothers played in the survival sagas, the unexpected kindness of strangers and heroism of ordinary Poles helping Jews — aware of the consequences, which meant death for them and their families. “The Wartime Diary of Edmund Kessler” (Academic Studies Press, 2010), edited by Kessler’s daughter, Renata Kessler, a panelist, includes the memoirs of Kazimierz Kalwinski and Wojciech Kalwinski. The former is the last living survivor of Katarzyna Kalwinski and the latter, who, from 1942 to 1944 — for 670 days —fed and cared for 24 Jews hidden in a bunker below their house. All survived.

Yehuda Nir, author of “The Lost Childhood: A Memoir” (Harcourt Brace Jovanovich, 1989), punctuated his six-minute commentary with, “Vendetta!” His is a masterful narrative with amazing recall — from the architecture of Warsaw’s sewers, through which he traveled as a teenage courier during the Warsaw Uprising to youthful erotic dreams. Posing as a Catholic, his Jewish “cut” was as traumatic for him as for the young hero in the film “Europa! Europa!” Nir’s escapes and hair-raising adventures defy probability. His description of the “slave market” on a German estate where he became a cowherd is a shock to the senses, as is the appalling debauchery he witnessed as a teenager. A clinical associate professor of psychiatry at Cornell University Medical Center, Nir is a psychoanalyst with a private practice.

In their joint slim volume, “Children of Terror” (iUniverse, 2009), Inge Auerbacher and Bozenna Urbanowicz Gilbride paint poignant portraits of trunkated childhoods. Auerbach, the last Jewish child born in Kippenheim, Germany, in 1934, was delivered by a Dr. Weber, who, she writes, “arrived dressed in a Nazi uniform.” Liberated as a 10-year-old — one of the few survivors of the 15,000 children sent to Terezin Concentration Camp — she vividly describes the terror and the life-long health consequences of her camp internment.

Born in Leonowka, Poland, Gilbride, a Roman Catholic who had Jewish friends, told how in 1943, the Ukrainian People’s Army, which collaborated with the Nazis, “independently decided to kill all the Christian and Jewish Poles in Wolyn.” Deported to Germany at age 9, she became a slave laborer at the Chemnitz labor camp. Her mother survived Ravensbrueck concentration camp.

Eugene Bergman, whose book, “Survival Artist” (McFarland, 2009), reads like a thriller, survived the Lodz and Warsaw ghettos. He escaped death as a ghetto smuggler and escape artist, but was deafened by a German’s rifle butt when he was a teen. Now a retired professor of English at Gallaudet University, his brother, **Bronek (Brian) Bergman, also a survivor, represented him on the panel.

In “Breaking Borders” (iUniverse, 2008), Lodz-born Alexander Harris, trapped in Soviet-occupied Poland and falsely accused of being a German spy, is tortured, interrogated in a Soviet prison and then sent to a sub-polar gulag. Incarcerated in a cell designed for 24 prisoners but holds 84, he finds himself on the floor, next to the cell’s toilet can. Harris read from his book: “… I looked into the face of the stranger…. He appeared to me as the image of an angel…. His heavy Lithuanian-accented Polish sounded like music. ‘My name is Vitus. I’ll take care of you. I’ll be your neighbor on the floor.’ He kicked the closest body… on the floor… indicated for me to lie down. He took the last spot next to the toilet can…. I still remember that moment… with Vitus in the stench of cell No. 3 as a moment of pure happiness.” Harris was awarded the Ellis Island Medal of Honor.

Luna Kaufman, author of “Luna’s Life: A Journey of Forgiveness and Triumph” (ComteQ Publishing, 2009), survived the concentration camps of Krakow-Plaszow and Leipzig, as well as a death march. Kaufman used her six minutes to speak about her “incredible… meeting on April 8, 1994, with Pope John Paul II,” Poland’s Karol Wojtyla.

Among the 150 guests that evening were Consul General of Australia in New York, Phillip Scanlan and his wife, Julie Singer Scanlan; Jewish Historical Institute Association president Marian Turski, who presented an award to Sigmund Rolat, and Auschwitz survivor Roman Kent, president of the Jewish Foundation for the Righteous. On January 24, Kent presided at the opening of the Auschwitz drawings exhibition “The Memories Live On” in the lobby of the United Nations.