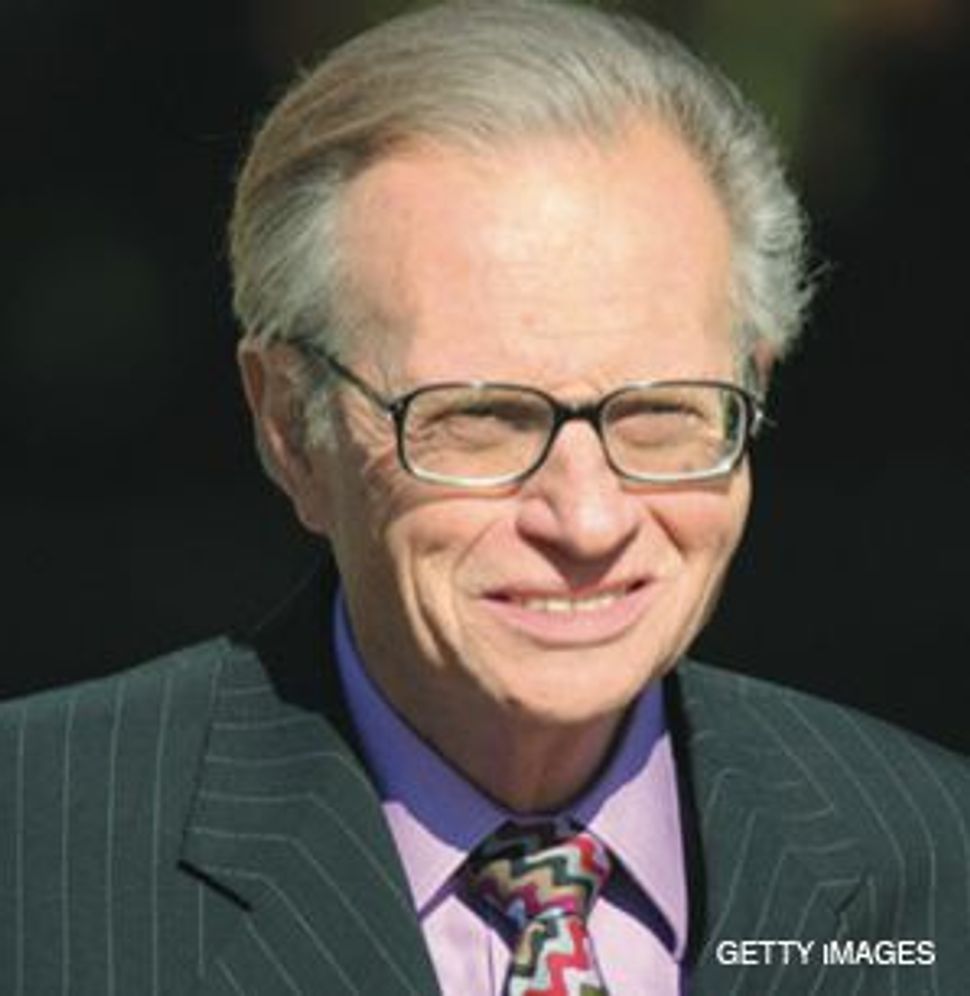 As the publishing industry descended on Los Angeles the final week of May for this year’s Book Expo America, at least one L.A. celebrity was heard cracking Jewish jokes at his own expense. CNN talk show host Larry King, who hosted a book party at his Beverly Hills home for his longtime friend and boss, Ted Turner, regaled the crowd assembled in the garden of his sprawling Spanish-style mansion with tales of the various misadventures he shared with Turner. Standing beside his towering Mormon wife, Shawn, and flanked by their two young sons, King described the experience of getting lost with Turner in the backwoods of Montana during a visit to the media mogul’s ranch. While Turner remained calm, King said, he did not. “I began to do what any dumb Jewish boy would do; I began to cry.” As he put it, “A Jew in a Range Rover in Montana is a bad idea.” According to King, Turner saved the day by following the stars, and they made it out alive. Turner’s autobiography, “Call Me Ted,” is forthcoming from Grand Central Publishing. 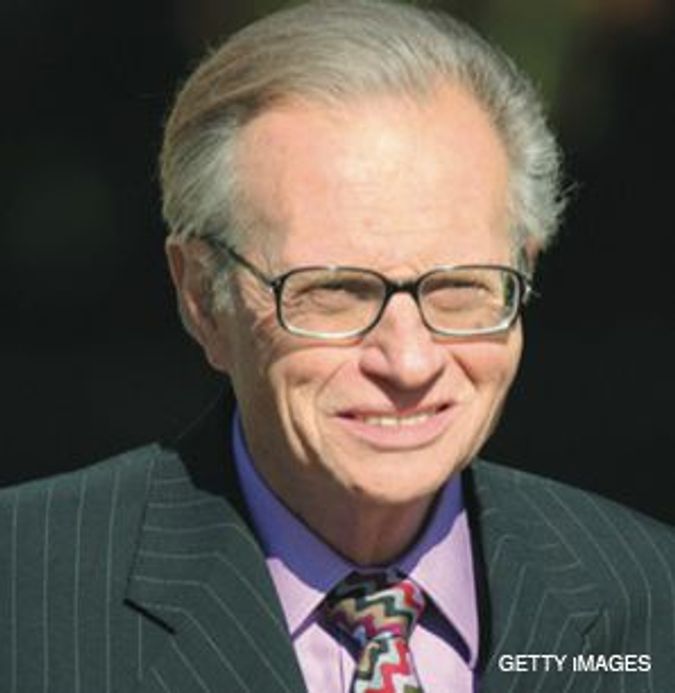