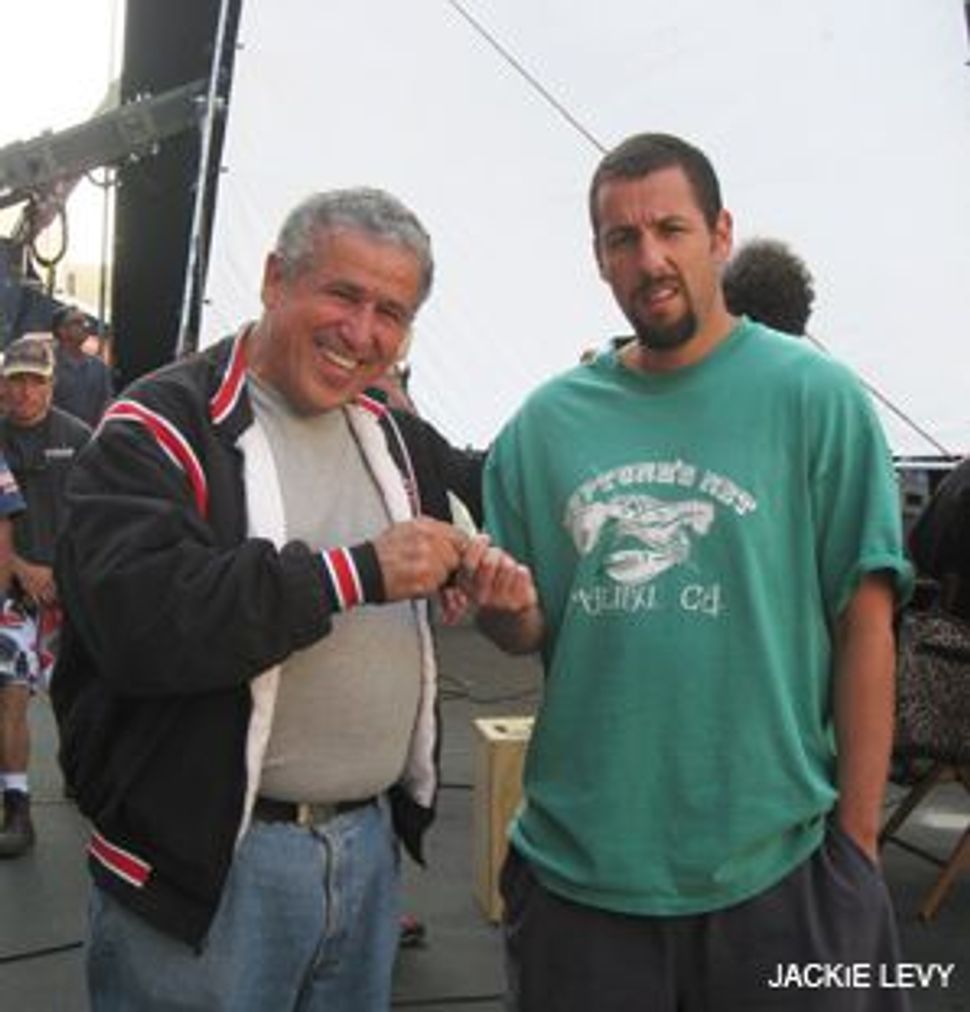 CASHING IN: Roni Levy, left, collects on a bet with Adam Sandler.

Go into Roni’s Diner in Beverly Hills, Calif., and you’ll see a picture on the wall of Adam Sandler sulkily forking over $10 to Roni Levy, the restaurant’s owner. According to Levy, a fellow Israeli émigré named Yuki Sharoni — Sandler’s hairstylist and the inspiration for the title character in the film “You Don’t Mess With the Zohan” — came in for breakfast one day last year, with Sandler in tow. 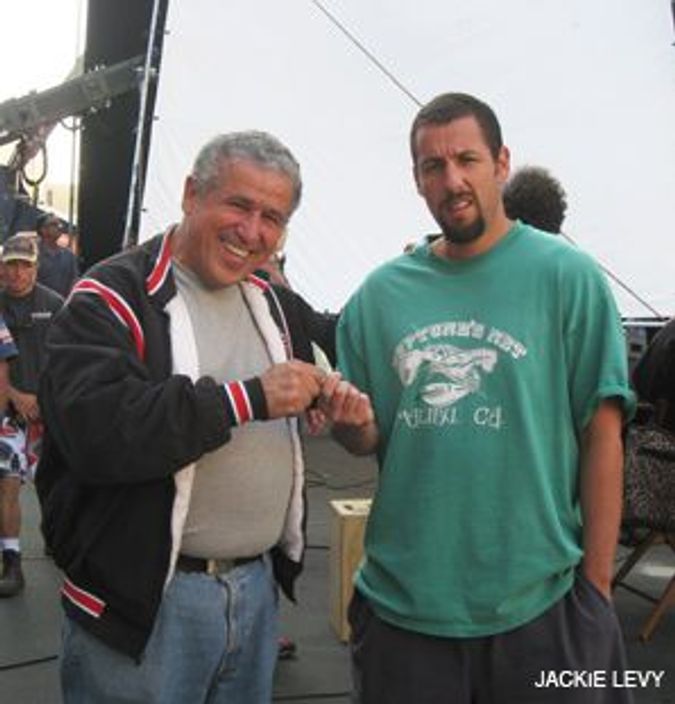 CASHING IN: Roni Levy, left, collects on a bet with Adam Sandler.

“I introduced myself. I made some jokes,” Levy told The Shmooze. A few weeks later, while on a visit to Israel, Levy got his big break: a call from Sandler, who asked him to audition for a role in “Zohan,” a comedy about a Mossad agent-turned-peace-making-hairstylist.

In the end, Levy said, he didn’t even need to audition. Sandler cast him as an electronics store worker who cons a teenage customer into buying a broken iPod, and Levy, who had never acted before, improvised his way through the scene.

“Everything came from my head! Nobody told me what to say,” Levy said proudly. He wound up appearing a few more times throughout the movie.

As for that picture on the diner wall, Levy explained that during the film shoot, he bet Sandler $10 that the New York Yankees would lose a game against the Baltimore Orioles — and he won.

“We had another bet on the Yankees vs. Cleveland,” Levy said. “So I’m hoping he’ll come and pay his debts. But he’s shooting another movie right now, so he’s busy.”