Bikers Bare All, for a Good Cause 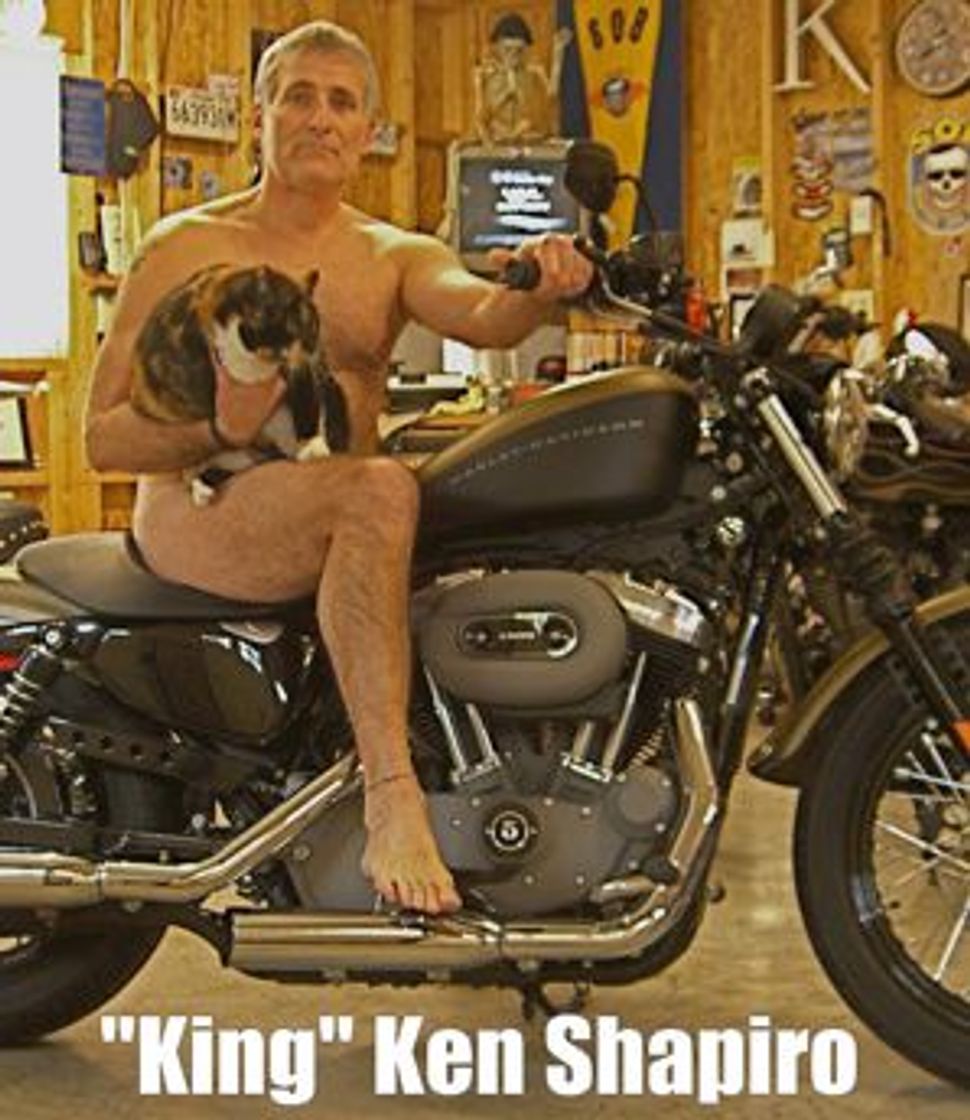 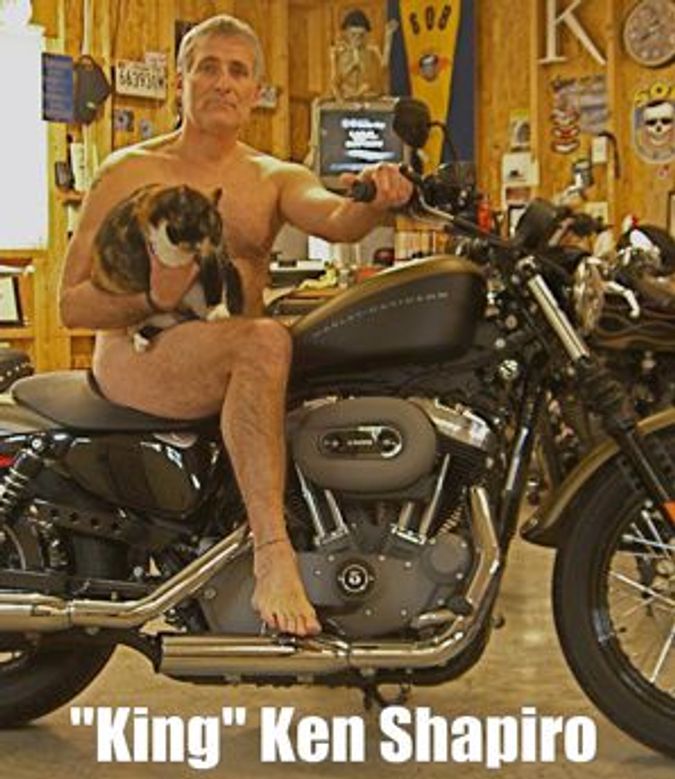 Inspired by the films “The Full Monty” and “Calendar Girls,” Shapiro, a retired kindergarten teacher, was determined to turn comedy into reality.
“I thought it would sell,” Shapiro said. “The club itself has 70 members, so then with friends, family members, I figured we might sell a hundred of them, and that was low.”

At first, Shapiro specifically wanted to help dogs. He approached Tom Dudley, who is a member of Semites on Bikes and also the president of the humane society’s board, only to find that it was not dogs that are in need of help but rather cats, which are currently situated in deplorable living conditions at the shelter.

Warming to the idea, Shapiro recruited his volunteers, all of whom are male. He requested that each man send him a picture of himself that fulfilled three specific criteria: They had to incorporate a bike and a cat, and pose nude.

The amateur nature of the photographs adds to the appeal, Shapiro said. “These aren’t models — it’s a grass-roots effort.”

The response has been overwhelmingly positive. From collegiate cat-lovers to a man who would like a copy of the calendar in time for his wife’s birthday, Shapiro has been flooded with e-mails.

Shapiro maintains that it’s simple, really: “Send us lots of money so we can rebuild the cat house!”

Bikers Bare All, for a Good Cause