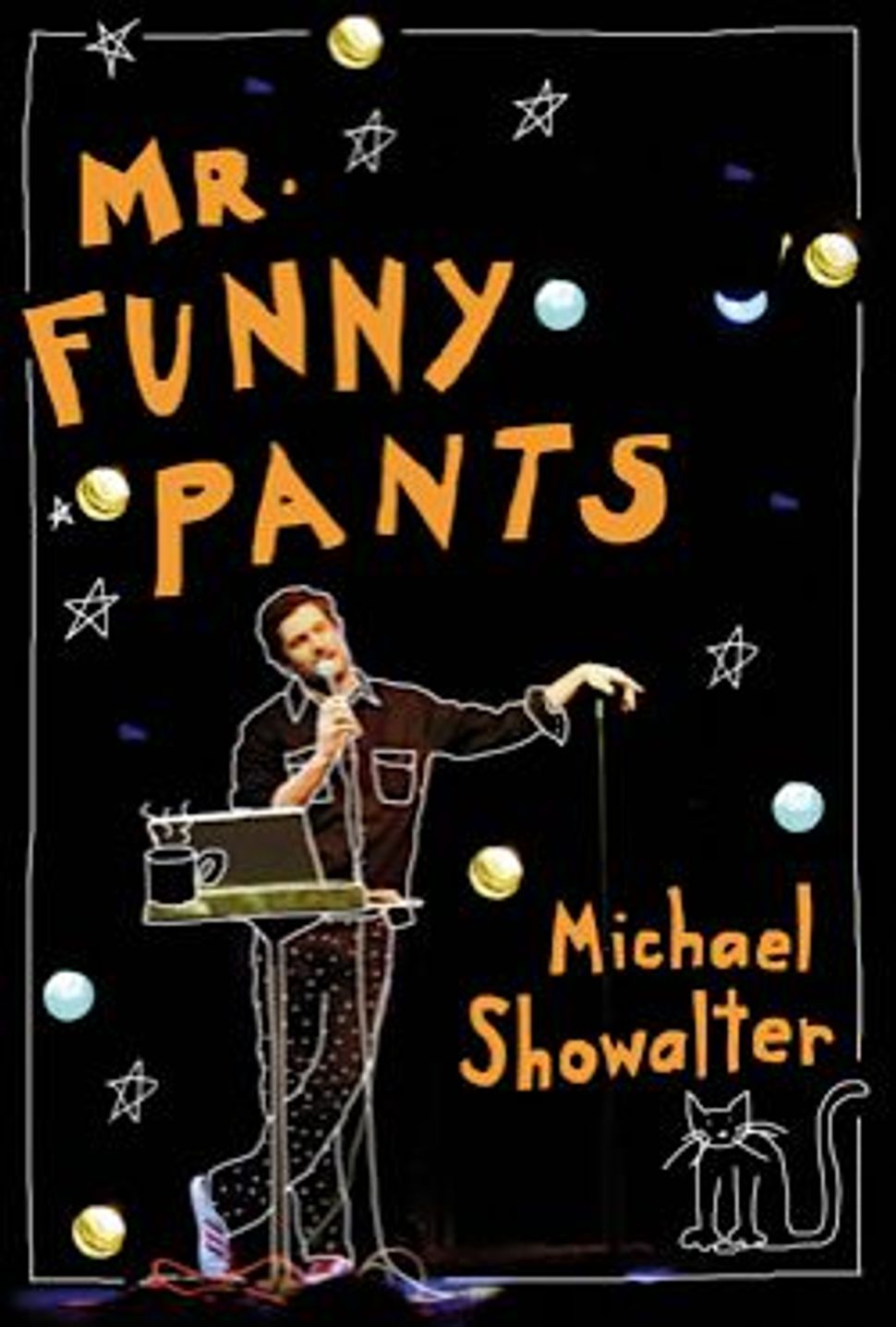 From the Borscht Belt to poop jokes, Jewish comedy comes in many forms, and Michael Showalter has a little of both in his repertoire. The comedian, who wrote and starred in the films “The Baxter” and “Wet Hot American Summer,” has lent his many gifts to his new “humoir,” “Mr. Funny Pants” (Grand Central Publishing), which plumbs his “latchkey” suburban upbringing via self-deprecating humor. He spoke with the Forward’s Allison Gaudet Yarrow about his self-conscious comedy and the Jews who dig it, and about his spiritual encounter with a mitzvah van.

Listen to the podcast here:

Allison Gaudet Yarrow: Your mother is among the founders of American feminist criticism, your father is an academic and your sister was a presidential speechwriter. How did you come to comedy?

Were you raised particularly Jewish?

My mother marrying my father was controversial, because he wasn’t Jewish. She was disowned by her parents. In spite, or in light, of that, culturally there was always a very strong identification.

You have a strong Jewish fan base.

I think that is primarily because of the movie “Wet Hot American Summer.” Jewish kids in my generation all went to summer camp. They see that movie, and it’s like, “That’s my life; that’s my childhood.”

How did “Mr. Funny Pants” come into being?

It was going to be this powerful memoir that shed light on the human condition. It ends up being the kind of book that you flip to any page and there’s silliness.

A lot of your comedy is self-conscious and reveals doubts that people feel but don’t express, which allows you to gain their trust. How did you come to that kind of comedy?

I have an obsession with honesty. I feel a certain pressure to act or be a certain way that I’ve struggled with my entire life. I’m envious of people that don’t have that self-consciousness. Growing up, I was obsessed with where I fit in and then being liked in my comedy. Having certain hipsters or something like that [like me]. Working off of some premise that it’s uncool to be cool.

Some of your comedy also centers on the mishaps of relationships. “The Baxter” really typifies that. You’re newly married, does that mess up everything?

I’m still interested in relationships. “The Baxter” was about [how] the language of cinema has framed my opinions of what life should be like. A lot of people have the expectation that relationships are like a Hollywood movie. [I was] susceptible to that.

Growing up, did you have any Jewish traditions you observed, or moments of identification?

You know the mitzvah van? They corner you and say, “Excuse me, are you Jewish?” I used to pass these guys every day, and I would put my head down. Finally I was like, “Yes, I’m Jewish.” The next thing I know, I have tefillin wrapped around my arm and a box on my head, and they’re blowing the shofar in the middle of Washington Square Park and people are looking at me. It was unequivocally a positive experience.