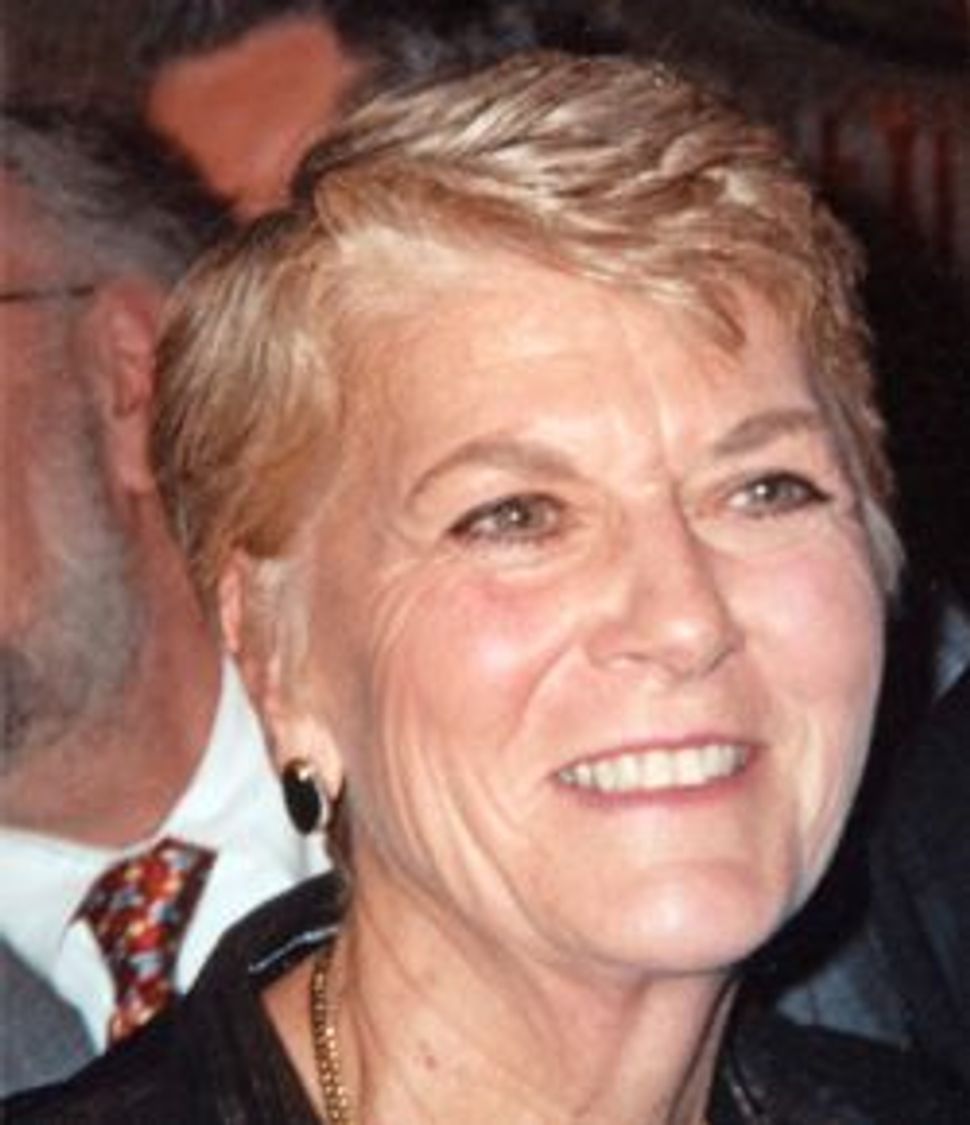 “In 1922, in a small village in Russia, not far from Minsk [Moghilev], my father returned from the warehouse he was in charge of,” said Paul Libin, executive vice president of Jujamcyn Theaters and recipient, at UJA-Federation of New York’s March 28 dinner, of the Excellence in Theater Award. The dinner was held at the St. Regis New York. “Villagers broke into the warehouse. Unable to explain the food shortage and fearing he would be tried and most likely executed, that night, he left for America. He was 23….. On July l, 1923, he arrived at Ellis Island on the SS Polonia. Federation met him at the docks, provided food, shelter and pocket money, and secured work for him at a hat factory. He moved to Chicago, learned to speak and read English. My treasured possessions include his two leather-bound books: Shakespeare’s plays ‘King Lear’ and ‘Romeo and Juliet.’ On November 28, 1928, he became a U.S. citizen, and a year later I was the American-born son. My parents’ journey to America is best described in Tony Kushner’s revered opening words from ‘Angels in America,’ spoken by the rabbi, which I paraphrase: ‘From a Litvak shtetl, such great voyages in this world do not anymore exist. They were the last of the Mohicans.’” Libin mused, “I’ve often [wondered] if I had inherited my theater DNA from my father.” 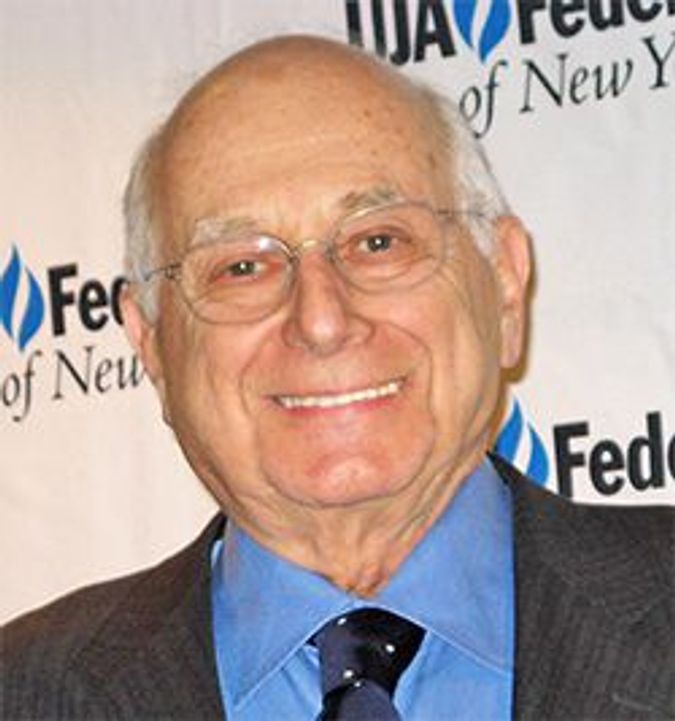 Libin — whose own career landmarks include actor, director, stage manager, Tony Award recipient, producer of more than 250 Broadway and off-Broadway productions, president of Circle in the Square Theatre School and, from 1958 to 1988, president of the League of Off-Broadway Theaters and Producers — told the 200 friends, family members and colleagues in the room: “The theater, as you know, is a collaborative art. I could not thank all the playwrights, actors, directors, designers, stagehands, investors that made my life in the theater so wonderful.”

During our after-dinner chat, we discovered that in 1946 we had both been students at Chicago’s Workmen’s Circle shule, or school. “I grew up speaking Yiddish,” Libin said. “The first day my parents sent me to heder, I had an argument with the rabbi. He told me that my job was not to ask questions but to learn. I refused to go back! That’s how I ended up at Workmen’s Circle. I went on to [Workmen’s Circle] mitl shul [high school].” Libin recalled: “I saw Maurice Schwartz do ‘Hamlet” [in Yiddish] in Chicago. At the end of the performance, he berated the audience for not supporting the Yiddish theater. My father said: ‘Who can he yell at? Only the ones who are here.’” As an afterthought, Libin recalled: “I saw Tony Curtis in a Yiddish production of ‘Anna Lucasta.’”

In May 1989, when Libin was managing director of Circle in the Square, we chatted during the intermission of Joshua Sobol’s controversial play “Ghetto,” which was based on Herman Kruk’s diary of the Vilna ghetto. (My father, Mordechai Bernstein, had edited his colleague Kruk’s original Yiddish diary for the YIVO Institute for Jewish Research). At the end of the performance, Libin made an impassioned plea to the palpably upset audience that theater critic “Frank Rich’s [negative] review would have the effect of a death knell for the play.” So, Libin said that if they liked the play, they should “call six friends [that night] to come and see it. One man does not have the right to close down a play!”

“Menachem Begin fought as an officer in the Polish army,” informed Poland’s consul general, Ewa Junczyk-Ziomecka at an event to celebrate the book “Zyd Polski-Zolnierz Polski — Polish Jew-Polish Soldier 1939–1945,” held March 24 at New York’s Polish consulate. The evening, co-sponsored by the American Society for Jewish Heritage in Poland, has as its speaker Julian Bussgang, the book’s translator and a veteran of the Polish 2nd Corps who got his doctorate in applied physics from Harvard University. “Yes, there were Polish units that did not accept Jewish soldiers…. But 10% of the Polish forces were Jews!” Bussgang said. “Polish Jew-Polish Soldier 1939–1945” was first published in 1945 by the Jewish Chaplaincy of the 2nd Corps in Italy. In his forward to the book, Chief Chaplain Rabbi Natan Rübner states that the book’s intent was “to memorialize the valor and brave deeds of Jewish soldiers who fought during World War II in the Underground and in the Polish Army, both inside Poland and abroad.” Bussgang, born in Lwow in 1925, informed: “My family was assimilated Jews, financially comfortable. We belonged to a Progressive [Conservative] synagogue.” He recalled “landing in the Polish high school in Tel Aviv in 1942,” and that “in 1943, at 18, I joined General [Wladyslaw] Anders’ Polish Second Corps and fought in the Italian campaign as well as at the [final capture] of Monte Cassino [in 1944]….. Dog tags stated that the soldier was ‘of the faith of Moses’ so that he would receive a Jewish burial…. Jewish soldiers had military rabbis. There are Stars of David on the graves of Polish-Jewish soldiers who fell at Monte Cassino.” Bussgang added: “During 1939 to 1945 there were 4,900 Polish-Jewish officers in the Polish forces with 180,000 Jews in the ranks…. Though others may have, in the army I *never *experienced anti-Semitism. We were soldiers and compatriots.”

Geraldine Ferraro — a Champion Who Battled Multiple Myeloma and Injustice 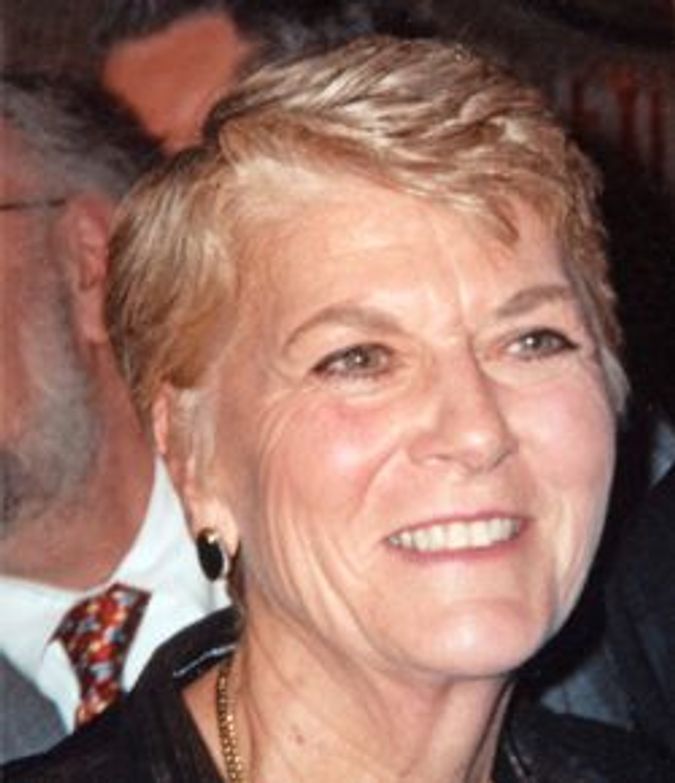 I knew Geraldine Ferraro, who died March 26 at the age of 75 from multiple myeloma, a cancer of the plasma cells, — since the 1980s, but it was our encounter at the April 23, 2001, Multiple Myeloma Research Foundation Dinner at Cipriani 42nd Street that gave our relationship a different texture. That dinner honored Yankee pitching coach Mel Stottlemyre, who was diagnosed with multiple myeloma in 1990, with the organization’s Public Awareness Award. “I’m optimistic…. If I live 10 years, I’ll live 40 years,” Stottlemyre said. Also honored was Dr. David Epstein, president of Novartis Oncology, on FDA’s granting Novartis approval for the production and distribution of Gleevec to treat myelogenous leukemia. That evening, Ferraro, who ran for vice president in 1984 on the Democratic ticket, disclosed that she was battling multiple myeloma. During dinner, I told her that my husband, Joe, had been diagnosed with multiple myeloma in 1992.

At the June 9, 2003, the Multiple Myeloma Research Foundation’s dinner at the St. Regis New York, Ferraro was the keynote speaker. “I want to cry” she said, “when people call and tell me, ‘I can’t afford the medication.’” Ferraro applauded a bill that was, she said, “authored by senators Kay Bailey Hutchison and Barbara Mikulski, signed the prior year by President Bush, that authorized $275 million for blood cancer research.” The dinner’s event chairs were an in remission Stottlemyre and Alan Wilzig, chairman and CEO of the Trust Company Bank of New Jersey. Wilzig’s father, Holocaust survivor Siggi Wilzig — a personal friend — succumbed to multiple myeloma earlier that year. “In his final days,” his son told me, “my father was drawing escape plans, as though he was still in Auschwitz.”

Until a few years ago, whenever Ferraro and I met we discussed the new protocols that were becoming available — experimental though they were — that seemed to offer hope and additional years of quality of life . The magic bullets now on the horizon, are a little late for Ferraro and for my husband (who died in 2008 after a remarkable 18-year battle with myeloma).