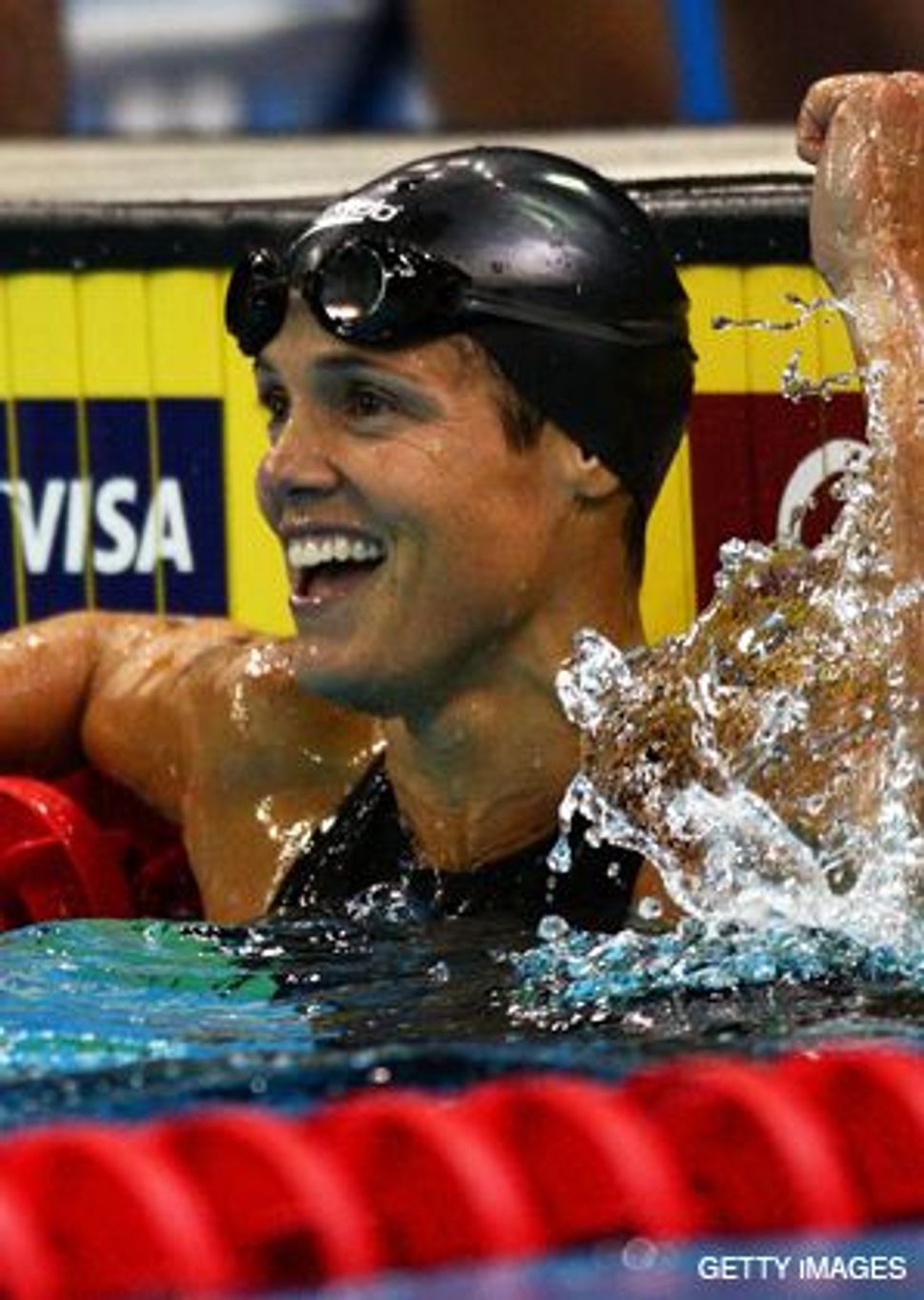 IN SEARCH OF GOLD: Dara Torres will go to Beijing this summer for her fifth Olympic Games.

Dara Torres made a splash over the weekend at the U.S. Olympic Swimming Trials in Omaha, Neb. She not only qualified for two individual events at the 2008 Beijing Olympics — her fifth time at the games — but she also won the finals of the 50-meter and 100-meter freestyle events, and set the American record in the 50-meter free. 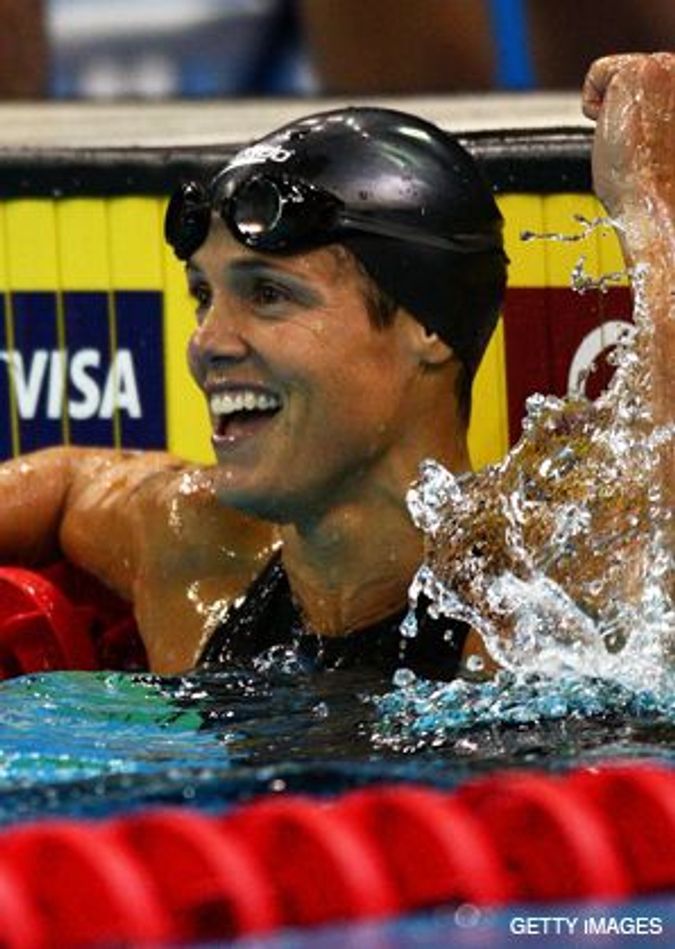 IN SEARCH OF GOLD: Dara Torres will go to Beijing this summer for her fifth Olympic Games.

Not bad for a 41-year-old mom in the International Jewish Sports Hall of Fame. (Torres’s late father was Jewish, and Dara reportedly converted before her second marriage.)

Torres was expected to do well at trials, despite experiencing both a six-year layoff from competition and, in April 2006, the birth of her first child, Tessa Torres-Hoffman. But no one predicted this type of success.

In August 2007, Torres swam a lifetime best in the 50-meter free (24.53 seconds), but no female American swimmer older than 40 had ever made an Olympic team.

So perhaps it was appropriate that Torres appeared at her first press conference in Omaha wearing a black T-shirt that said “Faith.” Not only did it express her confidence, but it also may have been a plea to the public to believe that her performances — while unprecedented — were legitimate.

To quell suspicions that she might be using performance-enhancing drugs, Torres volunteered for the United States Anti-Doping Agency’s longitudinal drug-testing program, which is more extensive than the agency’s regular drug testing.

“I need to prove that [I’m] doing this clean, and now if anyone questions me, there is nothing else I can do,” she said at the press conference. “If anyone accuses me of anything, I take it as a compliment. They must think I’m going that fast [that I must be doping].”

All told, Torres has won nine Olympic medals dating back to 1984, when she was a 17-year-old schoolgirl from Beverly Hills, Calif. In four games, she has never come home empty-handed. She is so determined to win medals in Beijing that she quickly announced that she would drop the 100-meter free to focus on the 50-meter free and two relays (4×100-meter free and 4×100-meter medley). Should she succeed in any of them, she will break her own record as the oldest female swimmer to win an Olympic medal. If Torres earns medals in all three, she will tie Jenny Thompson as the most decorated American female swimmer of all time.