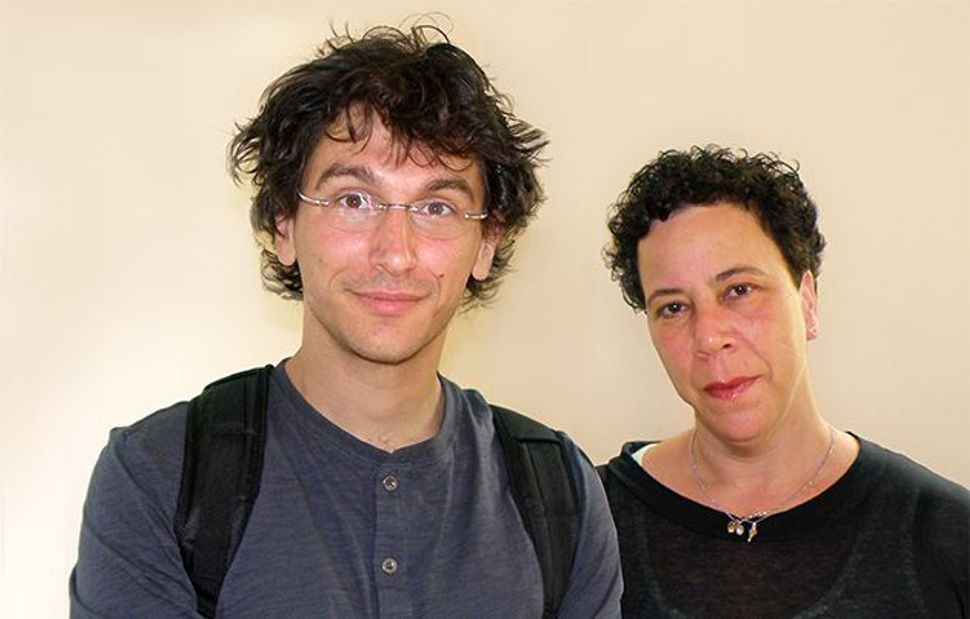 “I don’t pay my children to empty the dishwasher or take out the garbage. I pay them $1 a book to read. Children are not reading,” lamented Israeli novelist Yael Hedaya (author of “Housebroken,” “Eden” and “Accidents,” and head writer for “In Treatment,” an Israeli TV series adapted for HBO) at the April 27 “Authors and Audiences” panel discussion. The discussion was moderated by Bookforum co-editor Albert Mobilio. Held at the Cultural Services of the French Embassy in Manhattan, the event was part of the April 25-May 1 PEN World Festival of International Literature. Antonin Baudry, the French Embassy’s cultural counselor, welcomed the standing-room-only crowd, which included Salman Rushdie. Reflecting on her work, Hedaya said: “Once you start writing…you begin to read like an editor. As I get older, I read like a parasite and try to figure out why something is wonderful.”

Asked about the difference between writing a novel and a screenplay, Hedaya said: “A novel is a one-man show. With a screenplay, there are others, a director… [telling you] you can do this or that. You can’t be a control freak like when you are working on a novel.” Asaf Schurr, a Jerusalem-based translator, editor and book critic said, “I don’t like my novels [and] I don’t write the same thing I like to read.” Winner of Israel’s Berlin Prize and the Minister of Culture Prize for his novel “Amram,” and the Prime Minister’s prize for “Motti” (to be published in English in Spring 2011 by Dalkey Archive Press), Schurr admitted: “I am not my ideal reader. My ideal reader is my wife — who actually is a reader — and my grandmother.”

Panel participants included Spanish writer Manuel de Lope and French critic, novelist and playwright Laurence Cossé — the former with a Spanish translator at his elbow, the latter with a French translator by her side. Novelist Irvine Welsh could also have used a translator, so challenging was his Scots’ “burr.” Welsh, whose book, “Trainspotting,” has to date sold 1 million copies in the United Kingdom alone, joked, “When I was 28, I was writing for the same age. As I get older, the readers get younger. I may begin to write for teenagers about vampires.”

During the question-and-answer session, de Lope mused: “A writer only writes for one person — a faceless monster with a thousand heads. The editor wants 100,000 readers and for the book to be in 1,001 stores.” Hedaya, who teaches at Tel Aviv University and the Open University, told the guests, “I teach creative writing and screen writing to people who have never written professionally. Students have either constipation or diarrhea.” She paused and smiled: “The workshop is [sometimes] dangerous to your health.”

At the April 26 Soane Foundation 20th birthday gala, honoring American architect Allan Greenberg and held at 583 Park Avenue, London-based Tim Knox, the museum’s director, told the black-tie crowd that “some in the room had chosen this party over another one — some wedding in London between some kids named William and Kate.” Greenberg, who was born in Johannesburg, South Africa, in 1938, recalled that as a young architect after two weeks of waiting in his Paris office, Le Corbusier offered him “a job working for free.” Greenberg said he could not afford to do that. So he ended up working for the great modernist Jorn Utzon in Denmark. The project: the Sydney Opera House.

In 1983, Greenberg created the new façade of the Fifth Avenue entrance of Bergdorf Goodman. In 1985-86, he redesigned 30 antechambers and reception rooms at the U.S. Department of State, including the offices of Secretary of State George Shultz.

During our post-gala chat at his New York office-studio, Greenberg said, “Growing up in South Africa… [at the University of Witwatersrand], I had a cutting-edge education in classical and modern architecture.”

Upon hearing this, I said to him, “If you are South African, then you must be a Litvak [of Lithuanian Jewish origin].” Greenberg nodded: “My mother was from Vilna and my father from Ponary.”

Was he aware that Ponary, the lush forest next to Vilna, is now the site of three mass graves of some 40,000 Jews slaughtered by the Nazis? “Yes,” he replied, adding, “I am now working on war memorials and yizkor (Holocaust memorial) books… No people in history has been as misrepresented as the Jews and as has the Shoah. The Torah …words and memory are [the Jews’] memorials.” As an afterthought he added: “My wife, [American artist] Judith Seligson, has the ability to explain the most arcane aspects of the Torah, bring it to life.” What did he think of Daniel Libeskind’s Berlin museum, I asked. “The Germans love it because there is not one shred of Jewishness to it… nothing about the Holocaust,” replied Greenberg, who informed, “Though my parents weren’t religious, I had a bar mitzvah.” The author of “The Architecture of Democracy: American Architecture and the Legacy of the Revolution” (Rizzoli 2006) with a forward by George P. Shultz, Greenberg added: “[The U.S.] is a rebirth of a Roman Republic, with a capitol on a hill. And, like the Romans, we have senators, a Republican government… The Puritans spoke Latin, Greek and Hebrew. Harvard… the new [Christian] Jerusalem, from its inception began collecting Hebrew [writings].” U.S. public buildings, he added, were inspired by “Jewish institutions and houses of worship, beth din and beth hamidrash: We have the House of Congress, firehouse, State House….”

Our conversation ended with a discussion of that Litvak gastronomic delicacy — herring. “I love all kinds of herring — schmaltz, pickled, matjes,” proclaimed Greenberg. “On a piece of black bread,” I added.

Among the crowd applauding Denise LeFrak and Roberta Amon’s April 26 launch of their stunning new book, “Rooftop Gardens: The Terraces, Conservatories and Balconies of New York” (Rizzoli), were Richard LeFrak and Francine LeFrak, and the book’s agent, Mimi Strong. The event was hosted by Jack and Shirley Silver at their art-filled residence on one of the highest floors at the Time AOL Center. The apartment’s terrace features the highest rooftop garden in all of New York City, with a panoramic view of Manhattan that takes one’s breath away. On the terrace, a multi-ton Maillot sculpture of a reclining woman is surrounded by foliage. “Did you see the mirror image of the Maillot inside the apartment?” Shirley Silver — whose family used to read the “old Forverts” — asked me. Indeed I did.