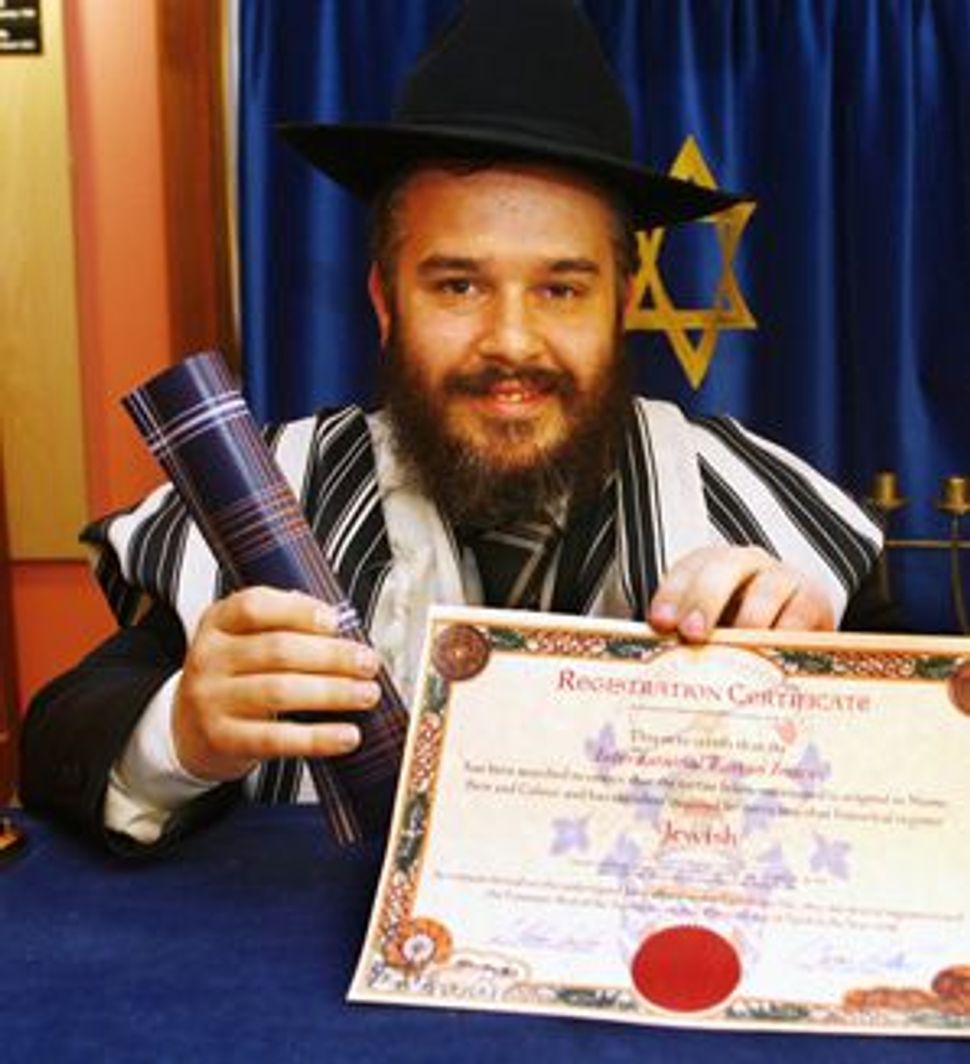 AUTHENTIC: Rabbi Mendel Jacobs displays a certificate from the Scottish Tartans Authority and a piece of fabric featuring the design of the first official Jewish Tartan.

Rabbi Mendel Jacobs was never much of a kilt man. Although he is the only Scottish-born rabbi living in Scotland, he had always preferred suits to the traditional dress of his home country. Until now. The Scottish Tartans Authority recently registered the only official Jewish tartan, which was designed with Jacobs’s input. He plans to wear a kilt in the Jewish Tartan pattern to his sister’s wedding in November. 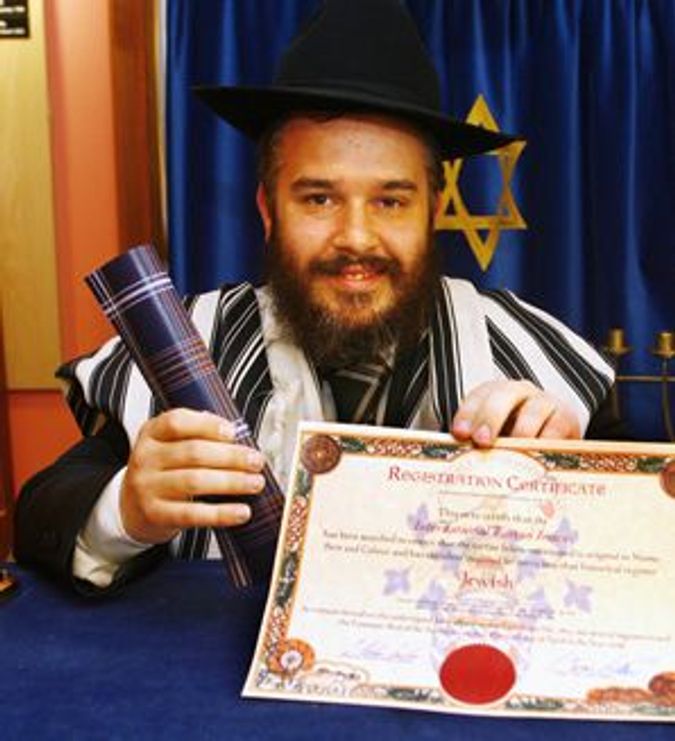 AUTHENTIC: Rabbi Mendel Jacobs displays a certificate from the Scottish Tartans Authority and a piece of fabric featuring the design of the first official Jewish Tartan.

Tartan is the Scottish word for “plaid.” Traditionally, various clans or regions each had a unique pattern; the MacDonalds or the MacKenzies would pass down the pattern of their ancestors through the generations. The Tartan playing field has widened considerably in recent years: The Tartans Authority has registered patterns for Sikhs, Chinese, the state of Indiana and the Fire Department of New York’s bagpipe band. But it wasn’t until last year that Jacobs, a Glasgow Lubavitch rabbi, decided it was time for the members of his congregation and beyond to be able to “combine their Scottish heritage and Jewish heritage together.”

“People connect with their Judaism in different ways,” he told The Shmooze. “They might not wear a regular kippah, but they might wear a Jewish Tartan kippah.”

The Tartan is made with 100% wool, in keeping with the biblical prohibition against wearing sha’atnez, or a wool-linen mix. (It may be more than 90 degrees in parts of the United States this summer, but Jacobs said it never gets too hot to wear wool in Scotland.) All the elements of the pattern were chosen for their symbolic significance. The central colors are blue and white, representing the flags of both Israel and Scotland, and the design incorporates gold, silver and red, which represent the Ark, the adornment on the Torah and the Kiddush wine.

Jacobs has set up a Web site and an eBay store to peddle goods made with the Tartan print. Profits, he said, go to Chabad of Scotland and to other charitable organizations. Besides the hand-pleated kilts, which cost £330 (around $650) and up, gents can order cummerbunds, ties and “fishtail dress trousers,” among other sartorial items. Pens, mouse pads and Titleist golf balls — all tartan printed — are also available. Jacobs said he has shipped upward of 500 items since the Tartan debuted in May, to places as far away as Peru. In the works is a shot glass featuring the Tartan pattern and a phrase that plays on the Scottish word for “lake” and the Hebrew “To life”: “loch chaim!”