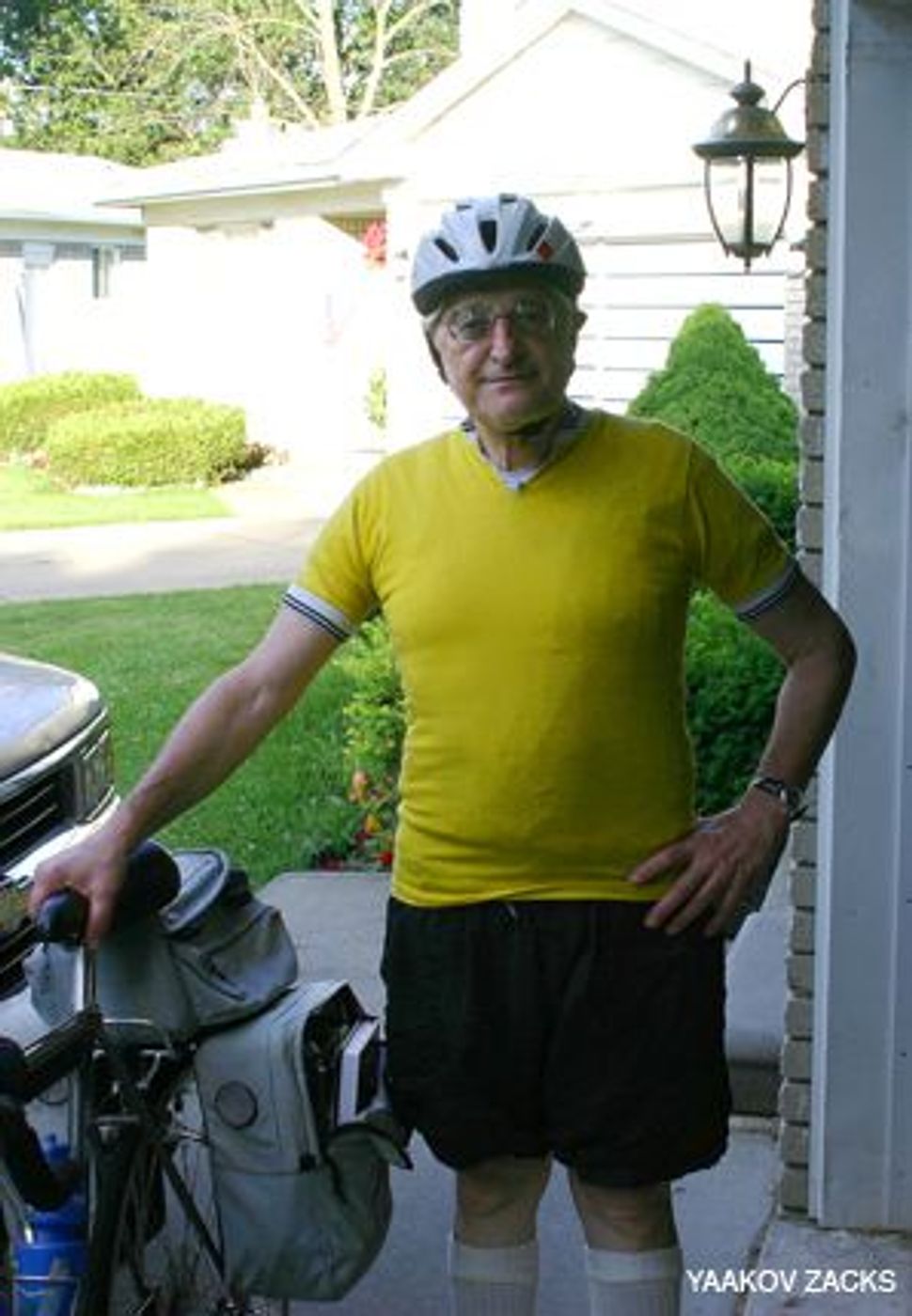 Heshy Josephs, 72, wanted to bike a distance that his family and friends could track on a globe. 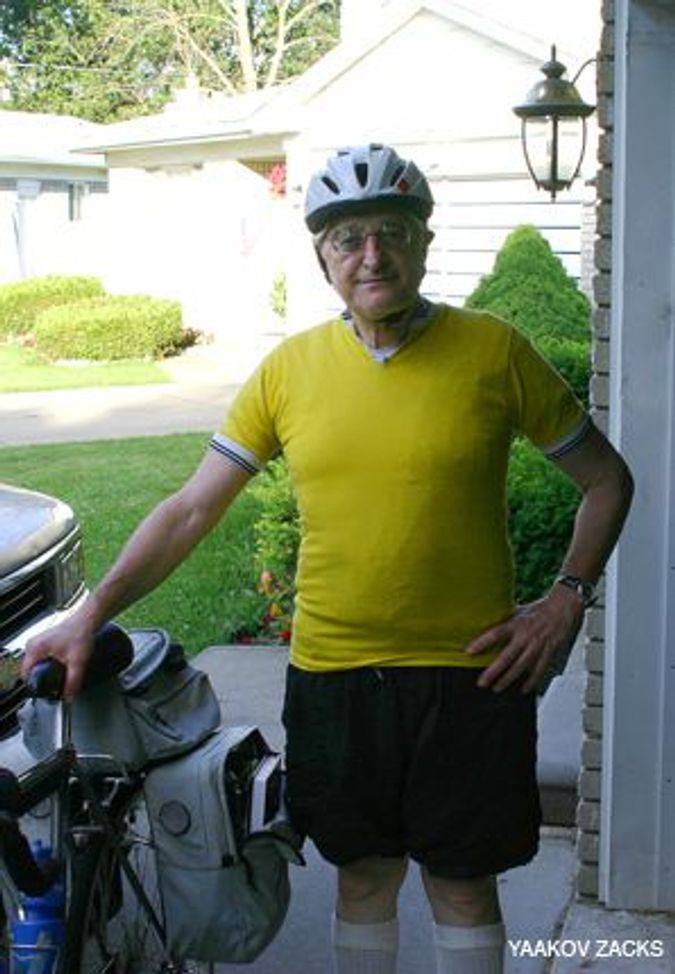 A father of five and grandfather of 36, Josephs biked 750 miles to Lakewood, N.J., from Detroit to raise money for the Michigan chapter of P’tach, for which he serves as chairman. P’tach is an organization that provides programming in Jewish schools for children with special needs. On July 17, after pedaling solo for a little more than two weeks, Josephs rode into Lakewood, where a police escort and a communal celebration of more than 100 people greeted him.

So far, Josephs has collected about $10,000 through dozens of pledges. He claims that his Web site, www.ptachpedaler.com, is still getting hits on a daily basis. Weighed down with 70 pounds of baggage — including his Bible, Talmud, tefillin and bicycle equipment — Josephs, an observant Jew, averaged some 50 miles a day (and rested on the Sabbath). He navigated with “good old-fashioned maps,” stopping at police stations to ask for directions. “There are some very nice people out there,” he told The Shmooze. Reading about charitable bike-a-thons in Israel prompted Josephs to arrange one himself. Lakewood was an obvious destination, since three of Josephs’s married children live there.

“Initially, when I asked people if they wanted to join, they all said it was a great idea, but when it came to putting the pedal to metal, it became a ride of one,” Josephs said. He founded P’tach’s Michigan chapter almost 30 years ago with his wife, Bette, a Jewish school administrator, in response to a lack of resources in Jewish schools for learning disabled children.

An engineering professor at Lawrence Technological University, Josephs draws parallels between his bike trip and the daily efforts required of P’tach students. “Life is a struggle, and the person who comes out the best is the one who keeps on pushing,” he said.

He began biking for health reasons more than 40 years ago, and he rides about 10 miles to and from work daily. He has already completed shorter trips of roughly 250 miles to Chicago and Toronto.

“I’m going to try to rest now,” said Josephs, who plans to drive a rental van back to Detroit. “If my grandchildren will let me.”