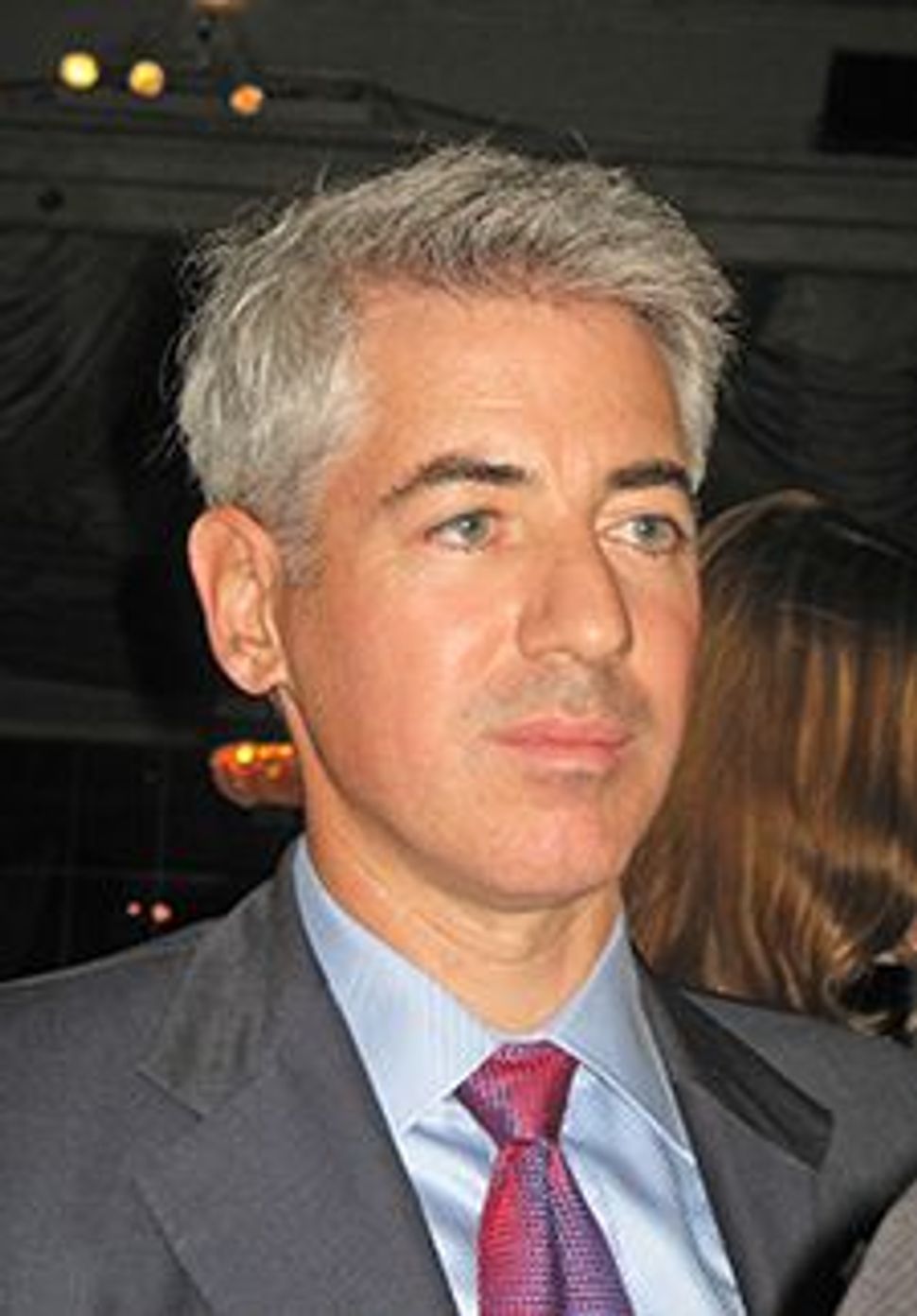 William Ackman, chairman of Pershing Square Capital Management L.P. and a member of Hillel?s International Board of Governors Image by Karen Leon

“I have a sickness! I love to go to Jewish dinners. You learn a little something you never knew,” said Morris Offit, chairman of Offit Capital Advisors LLC. Hillel honored Offit with the Renaissance Award at its annual gala, held May 26 at The Pierre. “We all have our awakenings,” said Offit, who accepted the award from Leonard Feinstein, co-founder of Bed Bath and Beyond. “Hillel’s primary role is in giving students on campus ammunition to experience the centrality of Israel to the Jewish religion,” Offit said. In an overview of his Judaic evolution, keynote speaker William Ackman, chairman of Pershing Square Capital Management L.P. and a member of Hillel’s International Board of Governors, included the following sound bytes: “Bagels and lox at my bar mitzvah at a French restaurant. My father raising funds for a new temple. [I was told] why it is important to marry a Jewish girl. [I was told to] marry a Jewish girl; I did. [I spent my time at Hillel. Met her at Harvard at Hillel.” 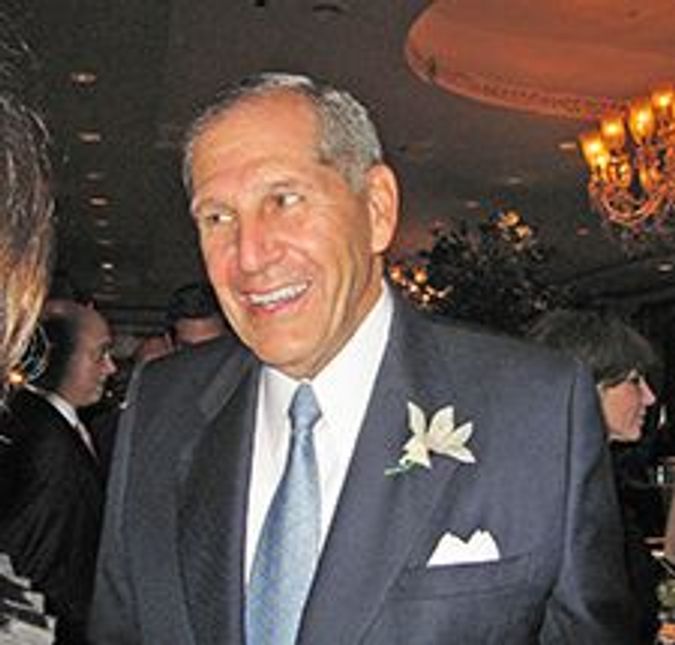 “I laughed when my parents told me to go to Hillel,” said Emily Stecher, a 2009 Northwestern University graduate. She described how Hillel transformed her life: “So I went to a Shabbat dinner…. By the end of my sophomore year, I was involved in a campus initiative to build a relationship with noninvolved Jewish students…. I would not have gone to Poland were it not as a member of Hillel.” During her trip to Auschwitz, Stecher found the record of family members (from Radom, Poland) who perished in the camp.

Rabbi Elliot Cosgrove of Park Avenue Synagogue, who recited the Hamotzi, said that when he arrived at the University of Michigan campus, where he “knew no one,” he became “a ‘Hillelnik.’”

Wayne Firestone, president and CEO of Hillel: The Foundation for Jewish Campus Life, touted the organization as one that enables every Jewish student to “make a commitment to… build a Jewish life foundation for a lifetime.” Offit, past board chairman and past president of UJA-Federation of New York, praised Edgar Bronfman, founding chairman of Hillel’s International Board of Governors, for his “visibility” and for “being an inspiration on over 100 campus Hillels.” 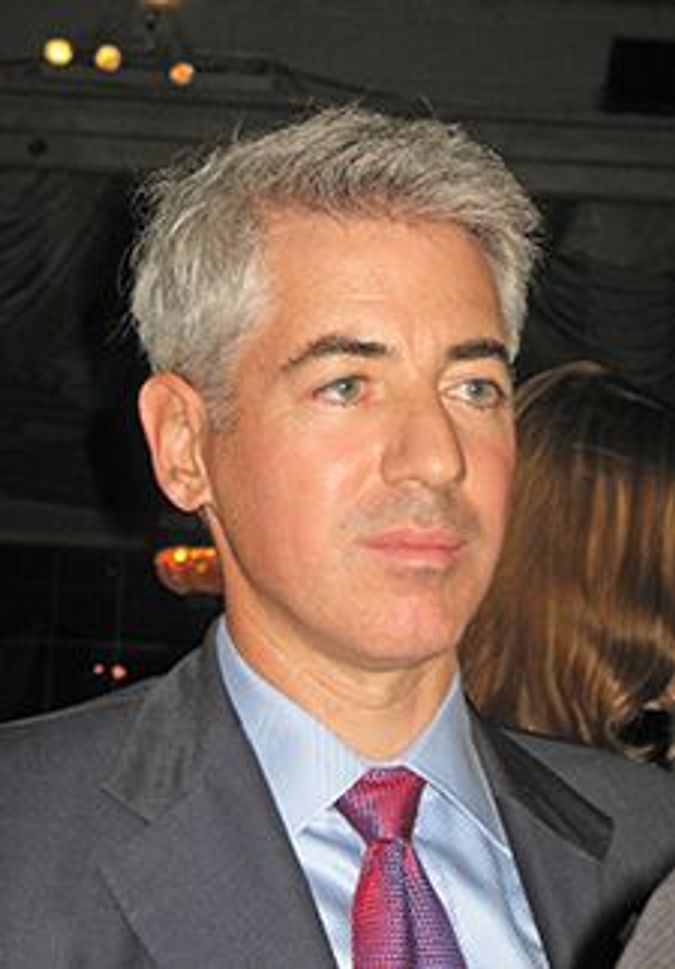 William Ackman, chairman of Pershing Square Capital Management L.P. and a member of Hillel?s International Board of Governors Image by Karen Leon

Eli Zborowski, chairman and founder of the American Society For Yad Vashem, introduced the three honorees at the society’s May 24 spring luncheon: Louise Pantirer (nee Lorber, born in Rozwadow, Poland), a survivor of Russian labor camps; her daughter, Elisa Pantirer Pines, who, with her husband, Alan Pines, is a co-founder of the United States Holocaust Memorial Museum, in Washington, D.C., and her granddaughter ,Nicole Pines Lieberman, a member of Yad Vashem’s Young Leadership Associates. Murray Pantirer, who died in 2008 — a Holocaust survivor who was saved by Oskar Schindler and whom Lorber met in the Bindermichl displaced persons camp, in Austria’s American Zone — was a founding member of the Holocaust museum and a major figure in the survivor community. Guest speaker Joanna Michlic, director of the Hadassah-Brandeis Institute’s Project on Families, Children, and the Holocaust, at Brandeis University, held the audience at The Pierre spellbound with her overview of the rarely articulated traumas of Jewish children who were survivors in Poland, 1945–49.

Born in Lodz, Poland, Michlic, who has written widely on the Polish-Jewish landscape, received her Bachelor of Arts from the University of Lodz, and her Master of Arts the University of London. She read excerpts from her paper “The War Began For Me After the War” which appears in Jonathan Friedman’s “The Routledge History of the Holocaust” (Routledge, 2011). It was angst-riddled litany of “childhoods shattered, catapulted into adulthoods, disconnected with prewar childhoods.” She cited the “profound loss of education, loss of culture, learning” that they tried to make up. “Youngsters who had been hiding in cellars, dugouts… damaged eyesight, inability to walk… digestive problems, long-term malnutrition and mental disorders; aggression against [other] children and adults… inability to trust others.” She spoke of “children who felt, ‘I am completely alone in the world.’ Children who were confused about their date or place of birth…. Passing as Polish, they were not allowed to have family documents, did not know their original family name or birth date. They had no history other than that of their Christian rescuers.”

Michlic cited the children’s “shock when strangers came to claim them…. How to adjust to a new Jewish guardian and Jewish identity? Older children made the conscious decision not to return to being a Jew, which for them represented Nazi extermination. They were often repelled when they heard Yiddish spoken. One said, ‘I am happy not to be beaten up.’” Michlik added, “In kibbutzim, some began life anew. The Jewish Labor Committee [had hoped] that though devastated by loss of family, they could instantly transform them into happy children…. The extreme response was suicide.” The luncheon was chaired by Rella Feldman, Edah’s vice president of programs. Participants included Caroline Massel, chair of Young Leadership Associates, and YLA members Tova Garber and Adina Burian.

“This is what philanthropy is all about,” said Scott Stringer, Manhattan borough president and recipient of the Public Leadership Award at the Kaufman Center Gala, held at May 24 at 583 Park Avenue. Stringer, whom The New York Times credited as having “a sterling reputation as a catalyst for reform,” declared “Manhattan is a magnet city… the capital of culture and commerce.” The proof was in the performances by the gifted children from Lucy Moses School and students from the Kaufman Center’s Special Music School — New York’s only public school for musically gifted children. The Kaufman Center, which encompasses the Goodman House and Merkin Concert Hall, was founded in 1952 by Tzipora Jochsberger as The Hebrew Arts School for Music and Dance. A full page in the gala journal proclaimed: “Greetings: From Jerusalem: Heartiest Congratulations,” and was signed by Jochsberger, “Founding Director.”