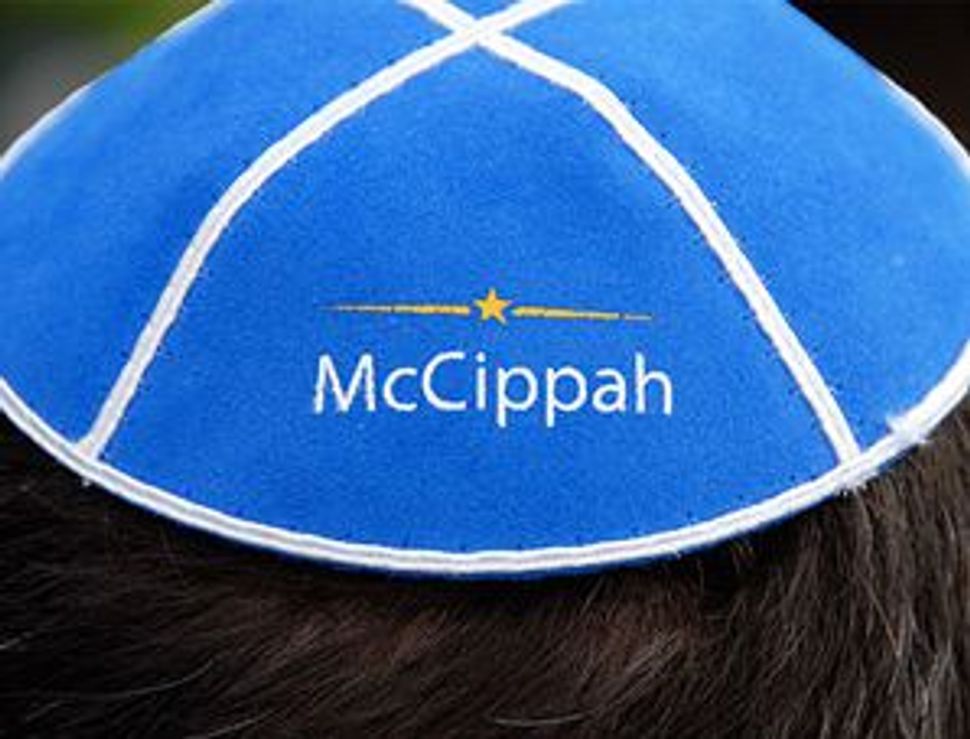 In the presidential battle between Barack Obama and John McCain, declaring your political preference has never been so easy. The McCippah and the Obamica, a new line of yarmulkes by 27-year-old Shmuly Tennenhaus, have arrived. Though it’s still too early to declare a winner, the McCippah took an early lead after one woman ordered a dozen to distribute at a Republican fundraiser. Then again, this is not exactly a scientific sampling. In his first four days in business, Tennenhaus sold 35 yarmulkes in all. 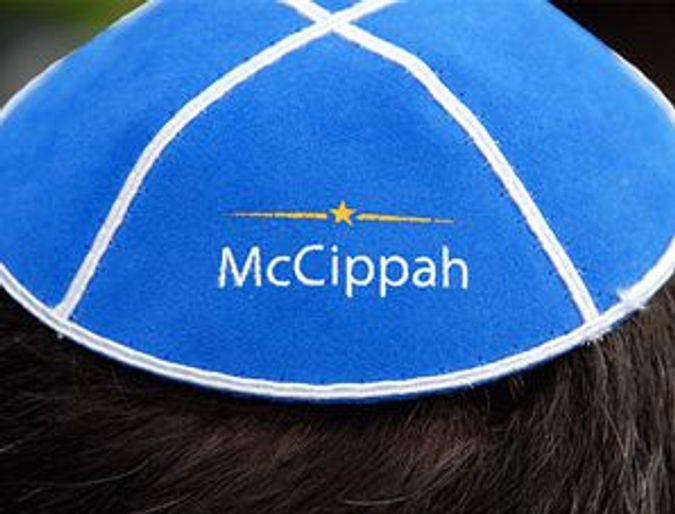 For the price of $15.95, the Obamica, adorned with the phrase “My Bubby is voting Obama,” and the McCippah, which reads “John McCain is Zayer Shain” (which, roughly translated, would mean “John McCain is great”), can be found on VanityKippah.com, Tennenhaus’s new Web site.

After working in e-commerce for a few years, Tannenhaus decided to create his own yarmulke line because, he said, he wanted something “more adult, more urban, more edgy, more trendy. Judaism doesn’t have to be just a boring 2,000-year-old tradition. It can be fun and exciting, too.”

Tennenhaus has already set his sights beyond the November election. He hopes to come out with fall and winter collections, and would like to market his products to non-Jews someday. “Just like Kabbalah became a big trend for people who are not necessarily Jewish,” he explained, “could you imagine a kippah that says, ‘My best friend is a Jew,’ or ‘I’m Irish Catholic’?”